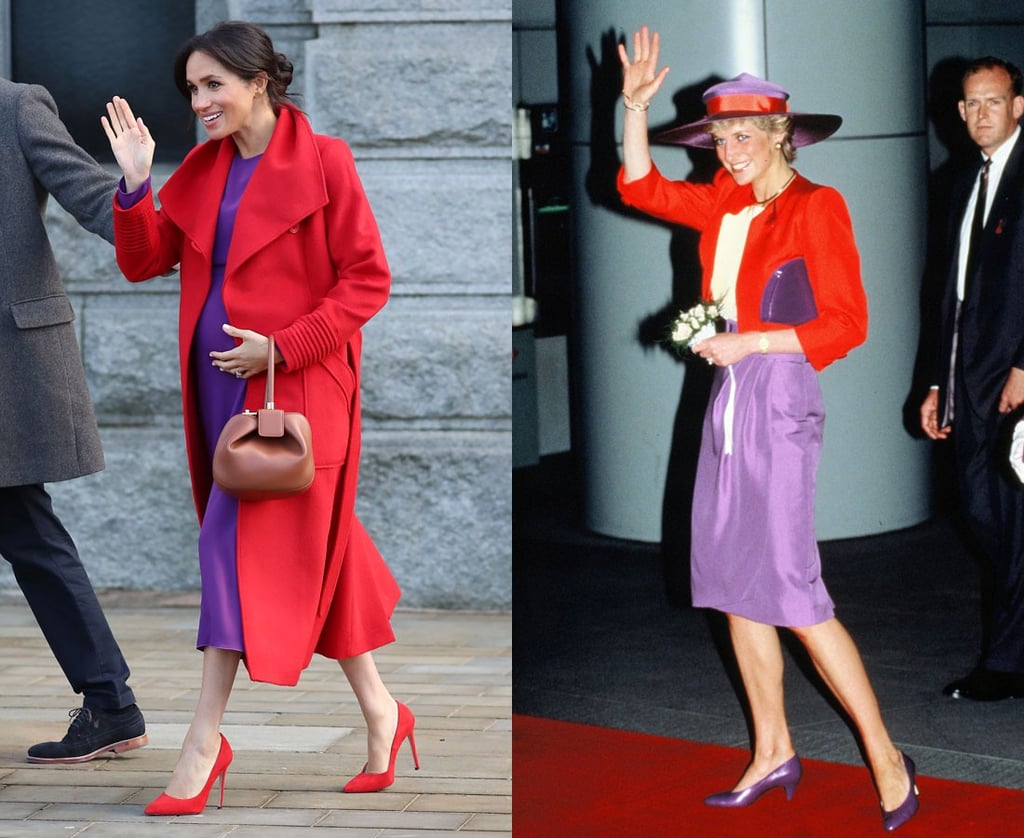 Meghan Markle's New Outfit Is Drawing Comparisons to Princess Diana, Because, Well, Look at Her

Pairing red and purple together is the kind of style move you don't forget, but Meghan Markle's take on the color combo is memorable for another reason. When the duchess of Sussex stepped out on Monday in a bright Aritzia Maxwell by Babaton dress and cherry red Sentaler coat, she made us think, could it be a tribute to Princess Diana? Long before Meghan, Diana showed off the more unconventional color combo on three separate occasions (that we have the photos of): a trip to India in 1992, a trip to Hong Kong in 1989, and on tour in Bangkok in 1988.

So, when Meghan emerged wearing the same shades of purple and red, we instantly saw a bit of Diana in her look. The polished separates were mixed and matched to create the same effect: bold with sophistication. And, even while a couple of Diana's looks and Meghan's fall near Valentine's Day on the calendar, none of these outfits could ever be called cheesy. They're done with just the right proportions, making the outfits feel easy, never fussy. It's a way both women have with clothes, no matter what they're wearing.