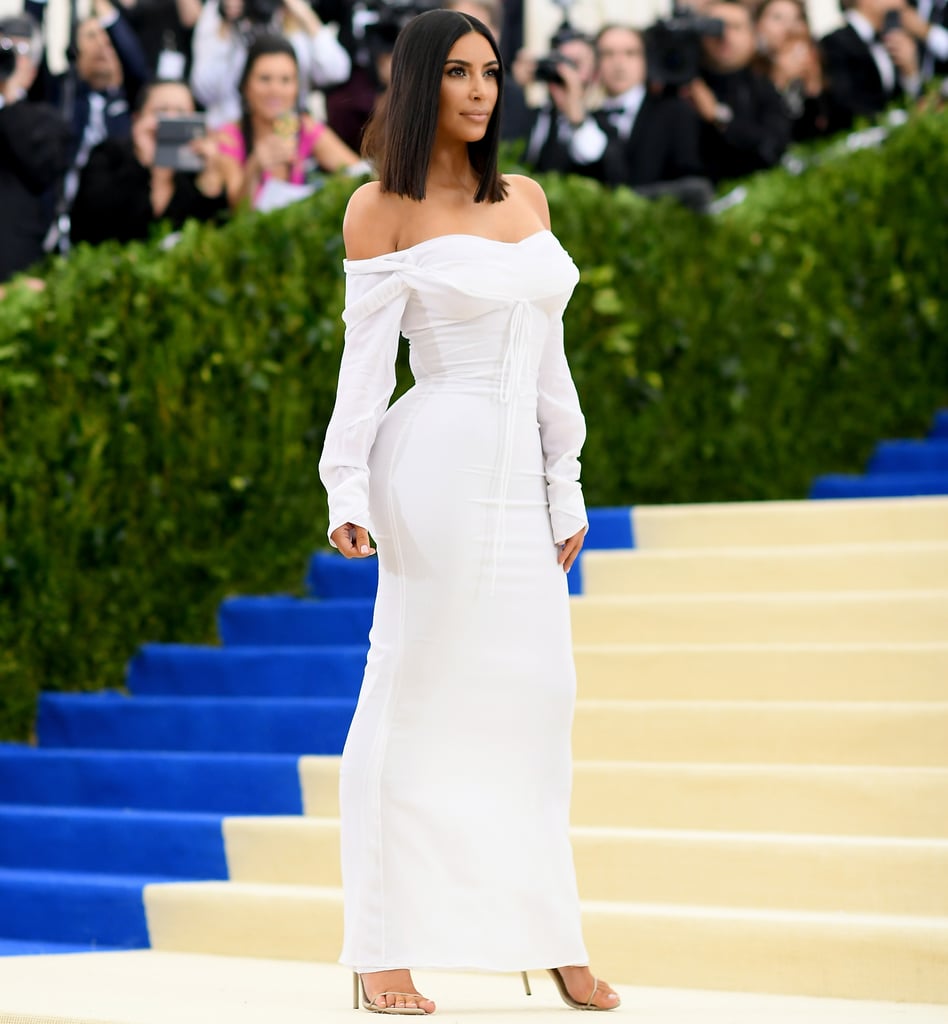 I remember the episode of Keeping Up With the Kardashians when Kanye West cleaned out Kim Kardashian's closet, and (sue me) I'm not even a fan of the show. I didn't "keep up" religiously like some, but as a fashion person, I'm well aware of both the influence Kanye has had on his wife from a style standpoint and the prowess with which Kim has impacted the fashion industry on her own. After all, Kanye is never the one wearing Kim's clothes. Kim has carried herself with confidence, creating iconic looks that are all her own and most recently setting the tone for vintage shopping in 2019, which so many young people have picked up on.

Nowadays, Kim sources archival designer pieces for red carpet events from fashion houses like Thierry Mugler, Versace, Jean Paul Gaultier, and Galliano. When she's off-duty, she generally flaunts her shapewear line Skims — she's built the cotton collection around her laid-back athleisure taste — allowing fans to easily tap into the trend that also mirrors Kanye's famous Yeezy aesthetic. That's now, but at the beginning of the decade in 2010, Kim was decked out in bandage dresses and platform patent pumps. She wore furry vests and flares on the street and those huge "bug eye" sunglasses we all know and love. Kanye introduced her to labels like Balmain in 2012, elevating her body-con selections, and by 2013, the couple were attending the Met Gala together (Kim dressed her baby bump in those famous Givenchy florals). Come April 2014, Kim and Kanye were on the cover of Vogue, marking a serious milestone.

While it's difficult to choose favorite outfits of Kim's from the past 10 years, we definitely think the ones ahead speak to Kim's overall transformation, spark nostalgia, and pinpoint moments in history that we'll remember forever. If you're studying the connection between fashion and pop culture, Kim just so happens to be a prime subject, so let's dive right in.