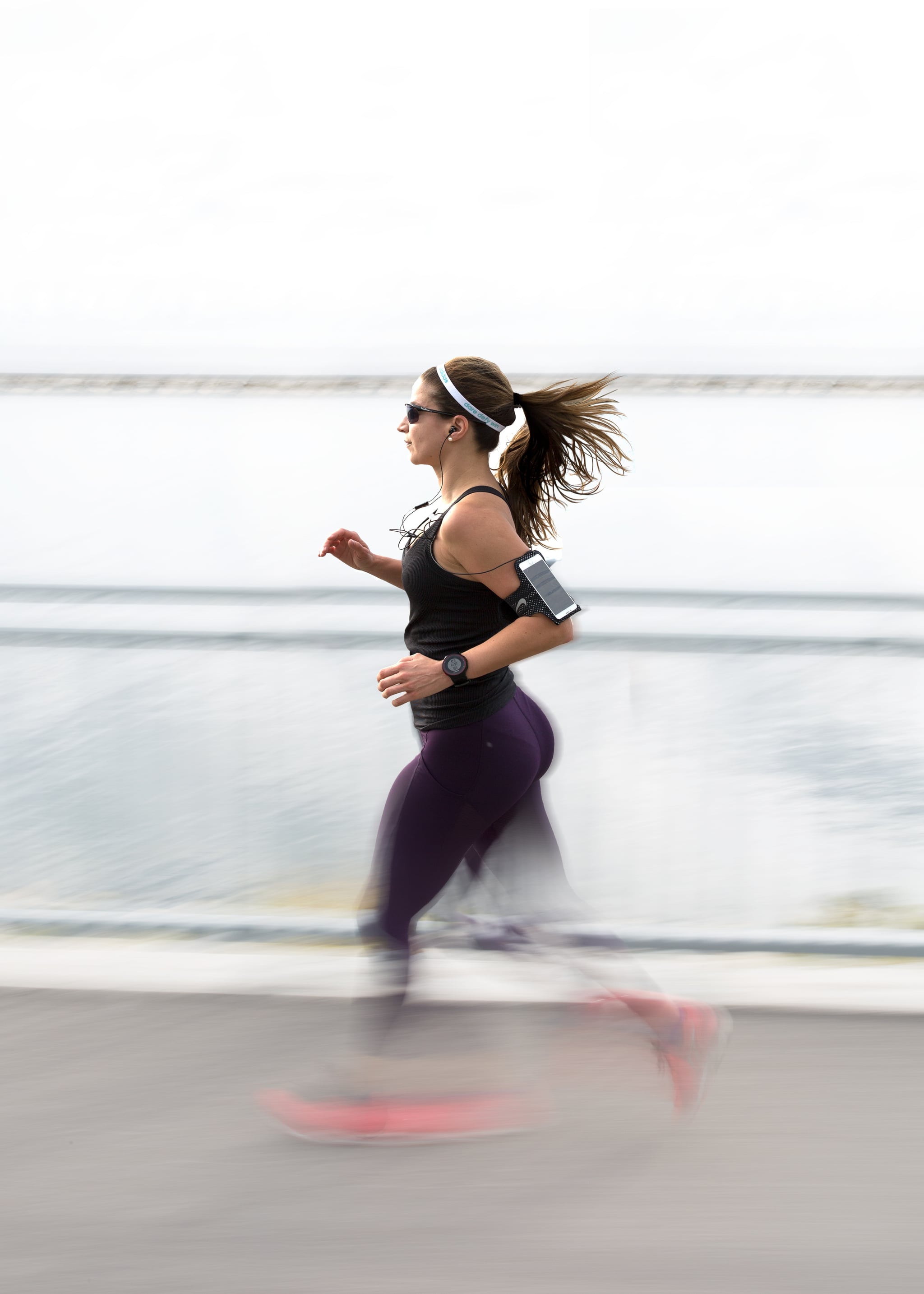 Running a marathon is a huge accomplishment. No matter what one's finish time is, crossing the finish at 26.2 miles is a major milestone in anyone's life. Whether it's a first marathon or a 50th marathon, it is the culmination of months of training, time, and above all, dedication to running. The feeling of elation and self-awe is something that never really leaves you when you finish. Even the most confident runner will remember his or her first marathon, and that feeling of "I did this" will stay with them forever. It's an amazing feeling to accomplish something so big after months of wondering how it could be possible to get there. Despite all this, there are some downsides to consider when running a marathon.

1. Marathons may make you gain weight

Think all that running and high mileage weeks will make the pounds melt off? Think again. When you're running, you need fuel. You'll probably be hungrier than ever before. You'll also be gaining muscle. If you're not varying up your routine with pace, intervals, and elevation, your body may start to adjust to one thing and therefore be less efficient about burning calories. If you're not careful, weight gain can happen. If this is the case, pay attention to eating more balanced meals during training — full of healthy protein and whole grains — so you'll stay fuller for longer.

Of course, gaining a couple pounds isn't necessarily a bad thing, as a lot depends on your perspective. If you feel stronger and proud of what your body can do, then embrace those few extra pounds. If the unexpected weight gain causes you to feel down on yourself or you feel like it's somehow hindering your performance, figure out why this may make you unhappy and reconsider what your primary goal was when training for the marathon. Never define your self-worth by the number on the scale. Training for a marathon should not be about trying to lose weight, or certainly not the primary reason. It may be a time goal, just finishing the race, overall self-improvement, or becoming a stronger person — physically and mentally.

2. Marathons may hurt your immune system

Regular exercise is great for your immune system, but sometimes too much exercise or extremely taxing workouts can actually suppress or weaken it. If you're like me and have found yourself consistently coming down with a cold either right before a marathon or immediately following one, you know firsthand this is true. Certainly proper rest and nutrition can help counter this, but it's worth acknowledging that running a marathon can be hard on not only your muscles but the rest of your body's systems. That's yet another reason why one should allow one's self to fully recover in between intense workouts and certainly following a macro-training cycle (i.e., training for a marathon).

Related:
Runners, Please Don't Skip This After Your Next Run!

3. Marathons increase your risk of injury

Statistically, the higher the mileage, the higher the risk of injury. Running so many miles and so frequently may also exacerbate old injuries — or create new ones. So, in training for any long distance race, you'll need to be extremely careful with how you progress the more you spend time running and logging high mileage. It's very important that when beginning any training plan, no matter what the distance, there is a base-building period before the training season even starts. During training, it's so important that you allow yourself at least one or two rest days each week, and on your easy running days, you slow your pace and your effort down significantly. Doing too much, too soon, is one of the cardinal rules of what not to do when running or exercising in general, as this will inevitably lead to over training and injury.

It's true that when you accomplish something you didn't think you could ever do before, you might want to do it again. Races tend to be like this . . . especially marathons. You finish one, and then you realize that maybe you could either do better next time, or maybe you crave that feeling of accomplishment all over again, so you sign up for another race.

When I decided to run my first marathon, I had only previously run a half-marathon and was an inexperienced runner. I probably did everything wrong in my training and during the race in terms of strategy, nutrition, hydration, etc., yet I still finished with a decent time. Even though I could barely walk in the days that followed, I knew I had to do another. I wanted to be faster. I wanted to say that I could run a marathon in under four hours. I wanted to be smarter about my training the next time around. Now, eight years later and seven marathons under my belt, I'm a Boston Marathon qualifier, and yet I still want to run to beat my current PR. I know at some point I will "hit a wall" and start to slow down — this is inevitable — but because I accomplished something I never thought I would be capable of doing, I wonder if I can do better than before. So can self-improvement be a bad thing? Perhaps. One needs to be very careful not to push your limits too much. This could lead to physical injury, burnout, or being so compulsive that running comes at a sacrifice to the rest of your life. Allow running to be just a part of your life, but don't let it consume you.

After running a marathon, suddenly a half-marathon or 10k and definitely a 5k can seem too short. When you train for a marathon, you're used to thinking about distance in terms of "long runs" or "medium" runs, combined with tempo, intervals, and hill workouts — which are still usually more than a couple miles. During training, short runs sometimes get sidelined, or aren't thought of as very important as they tend to get classified as "shakeouts" or "warm-ups." Running two, three, or even four miles may be perceived as not a legitimate running distance. Yet it shouldn't be this way. Running any distance — no matter how far or how slow is a workout. It's always better than the alternative. But after taking a hiatus from running, whether by choice or because of injury, starting all over is really hard. Suddenly, a "short" run feels incredibly difficult, as if it's a marathon itself, and yet it's nowhere near the distance of one. This can be a huge blow to one's confidence. Try to separate the past and the present. There will always be a constant urge to compare your new self to your old self. Think about the marathon that you ran as a physical accomplishment and the "starting over" as more of a mental test. Move past the negative thoughts, and just focus on the very act of moving forward.

Despite these drawbacks, there are so many wonderful things about training for and running marathons, but it's worth being realistic about our reasons for doing so. Especially when trying something new, it's always important to factor in the pros and cons. Since most people spend months training for a marathon, it's important to know that there can be downsides when deciding to train for one. And, while marathon participation is at an all time high, this doesn't mean they are for everyone. Just because you may not have run a marathon, a half marathon, or any race distance for that matter, doesn't mean you're less of a runner than the experienced marathoner. What matters is that you move, and you allow running to be part of who you are, but not let the distance you decide to run define you.

Rachel Spurrier, founder of Go & Glow, is a RRCA Certified Running Coach and Pre and Post Natal Corrective Exercise Specialist. A seven-time marathoner and Boston Marathon qualifier, she is also a mom to two young boys. Her writing has appeared in Women's Running, Red Tricycle, and other publications. She currently resides in Brooklyn, NY.

Workouts
Amber Says Fitness Builds Self-Compassion: "I'm Learning to Love My Body Instead of Hating It"
by Jenny Sugar 17 hours ago

Relationships
Being Black and Polyamorous: Love as Liberation
by Safiya Osei 18 hours ago

Under Armour
The 10 Best Under Armour Leggings For Leg Day, Rest Day, and Every Day
by Kalea Martin 1 day ago