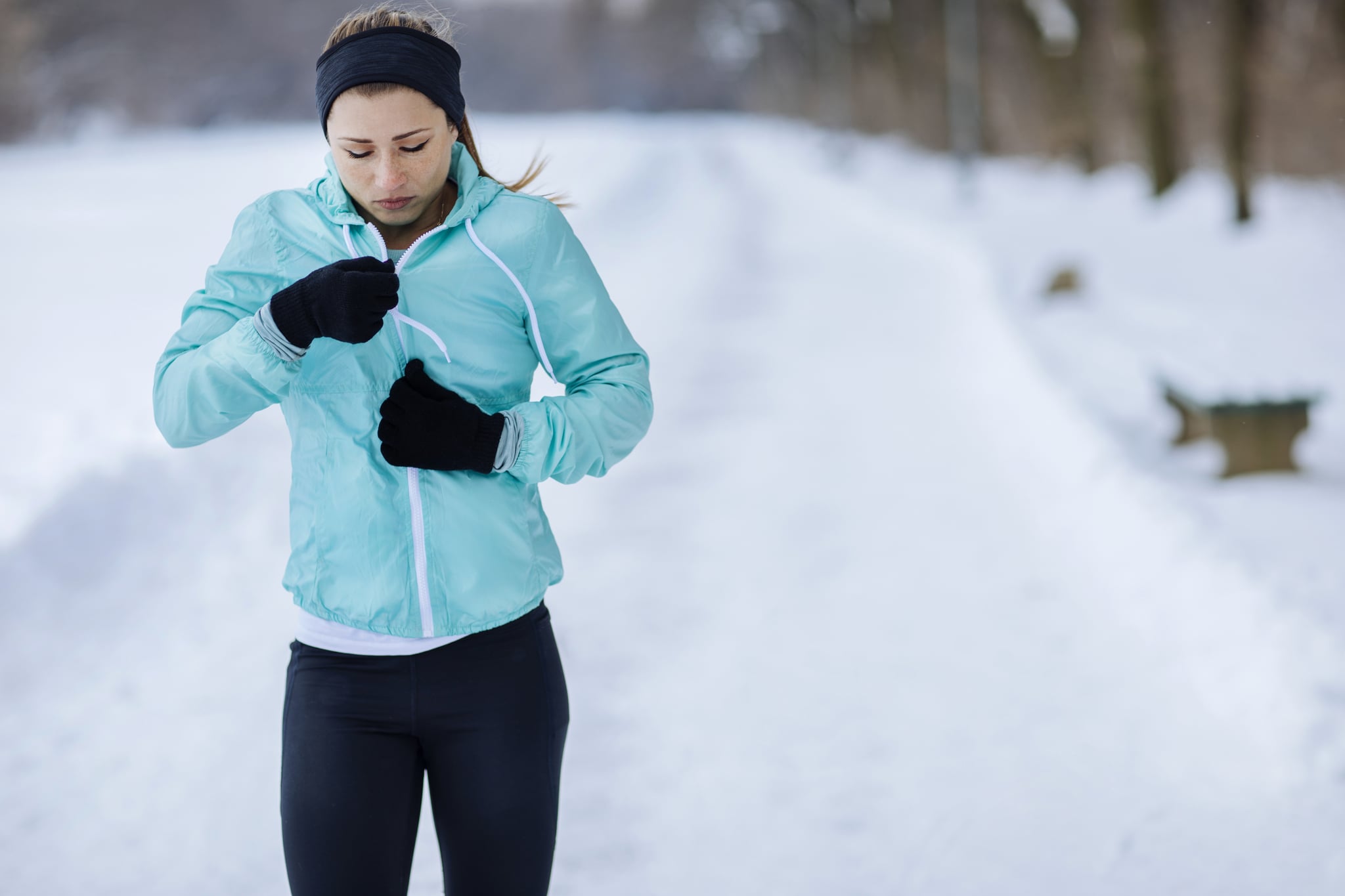 Though you may feel the urge to stay cocooned indoors this Winter, you cannot hibernate (you are not a bear). Runners especially have to make the ultimate decision before they pound the pavement through freezing temperatures: exactly how cold is too cold?

The American College of Sports Medicine warns against running outside if the wind chill is below negative 18 degrees Fahrenheit because that's when your risk of frostbite increases. Some experts have made the cutoff 20 degrees. Regardless, what it boils down to is simple: you'll get a different number depending on who you ask (though we'd recommend listening to the ACSM). The reality is, it's entirely up to you, but there are some key things you need to remember before you lace up your running shoes and step outside this Winter.

Know the Risks, and Be Smart About It

"You can definitely exercise in cold weather as long as you take the right preventative measures," Alexis Colvin, MD, an orthopedic surgeon specializing in sports medicine from Mount Sinai, told POPSUGAR. So, know your body; if you have exercise-induced asthma, for instance, cold weather can trigger symptoms because the air is dryer, Dr. Colvin said.

"If you have heart problems, you may want to try to ease into working out outside too," she continued. "Your body has to try to keep your core temperature up, and that's asking your heart also to work a little harder."

Roberto Mandje, head of training at New York Road Runners and former Olympic runner, told POPSUGAR that runners need to keep safety a priority. If there's a Winter advisory out, for example, do your mileage indoors. He added, "The thing with running or exercise in general is that you're exerting more effort, so you want to make sure you have the fitness to complete the run, and that goes without saying regardless of the time of year."

Related:
The Winter Workout You'll Do Over and Over Again

Stock Up on Gear

Mandje said it's less about the temperature outside and more about having the appropriate gear (you don't want to wear a "typical cotton sweatshirt and sweatpants"). He listed the following as essentials: "synthetic materials, moisture-wicking and wind-breaking materials, running tights, and running socks." Layering up appropriately with a beanie, Buff, gloves, and hand warmers is also important to keep your extremities covered.

When there's snow on the ground, there could be a layer of ice underneath, so Mandje emphasized wearing shoes with a good grip. You could put Yaktrax around your shoes. These have removable spikes and steel coils that, like "chains around your tires," help with traction.

Related:
Above or Below Freezing: What to Wear on Winter Runs

"Let's say it's super cold. Maybe you decide to split a five-mile run into three miles outside and come inside to run the last two miles on a treadmill," Mandje said. "The reality is that it's so personal." It also depends on where you live and what temperatures you're used to, he pointed out.

Acclimate Yourself to the Cold

Dr. Colvin said it's all about a "gradual transition" from hot to cold and vice versa. "It really comes down to your preference and acclimatizing to the weather," Mandje explained, "and the best way to do that is by heading out and being well prepared as far as your expectation."

If you approach Winter running the right, safe way and listen to your body, you'll be good to go. And if you think it's too cold (or conditions outside are clearly hazardous), you can still get your sweat on indoors, no problem.

Workouts
Get Strong, Lean Thighs With This Low-Impact, 20-Minute Bodyweight Workout
by Jenny Sugar 1 hour ago 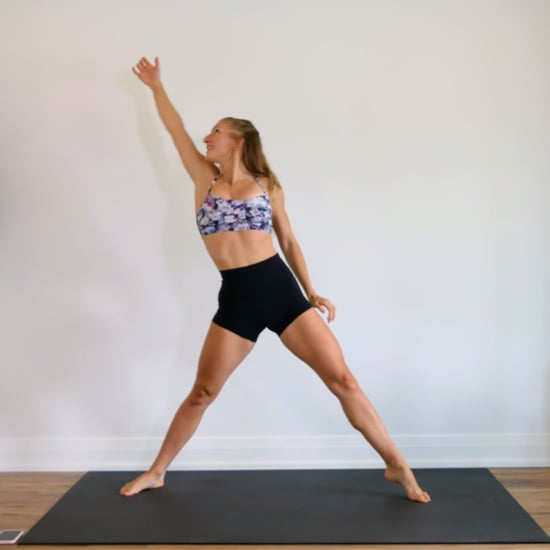 Shawn Mendes
Wonder What It's Like to Smile While You Sweat? Check Out This 3-Minute Dance Workout
by Samantha Brodsky 2 hours ago 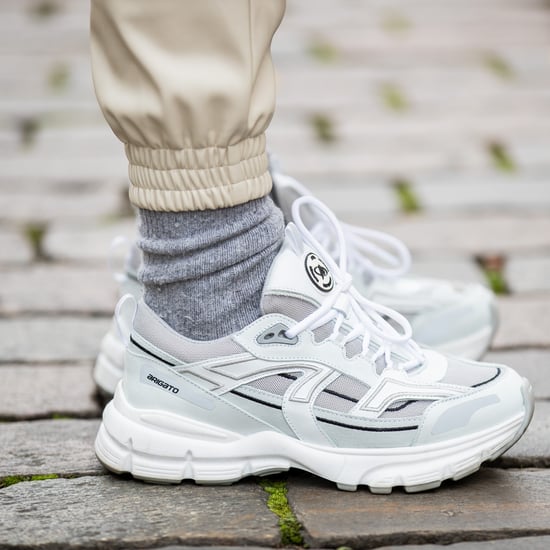 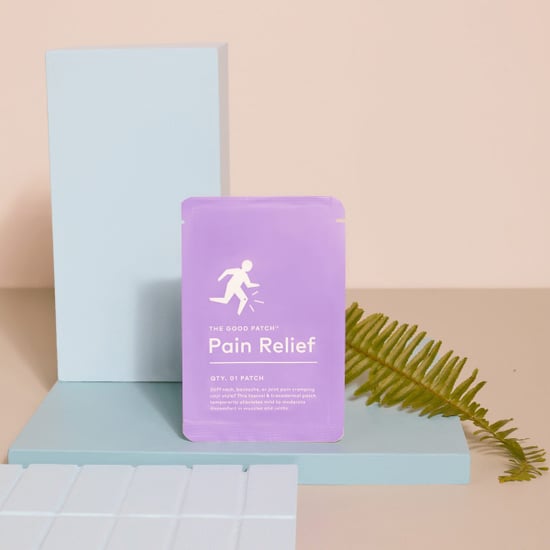 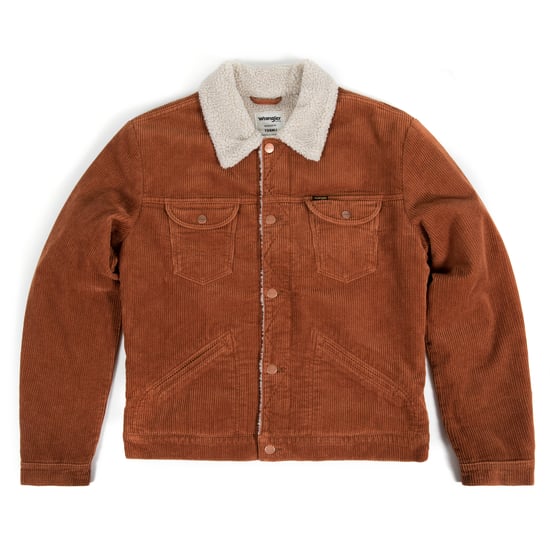 Winter Fashion
The 1 Sherpa Jacket That Says "Why, Yes, I Am a Series Regular on Riverdale"
by Chris Roney 6 hours ago

Workouts
Grab a Pair of Disc Sliders (or 2 Paper Plates), and Try These Moves For Strength and Stability
by Christina Stiehl 19 hours ago