When I signed up for CrossFit, one of my first goals was to be able to do one pull-up. Almost 16 months later, I can do one, but man, it's still a struggle. Push-ups, snatches, cleans, squats, and deadlifts with heavy weights are also still a challenge, so CrossFit coach of Champlain Valley CrossFit and CrossFit competitor Laura Matuszak, who's also a head swim coach, gave me some tips on how to get stronger. She trains thousands of athletes, so I really respect her advice. 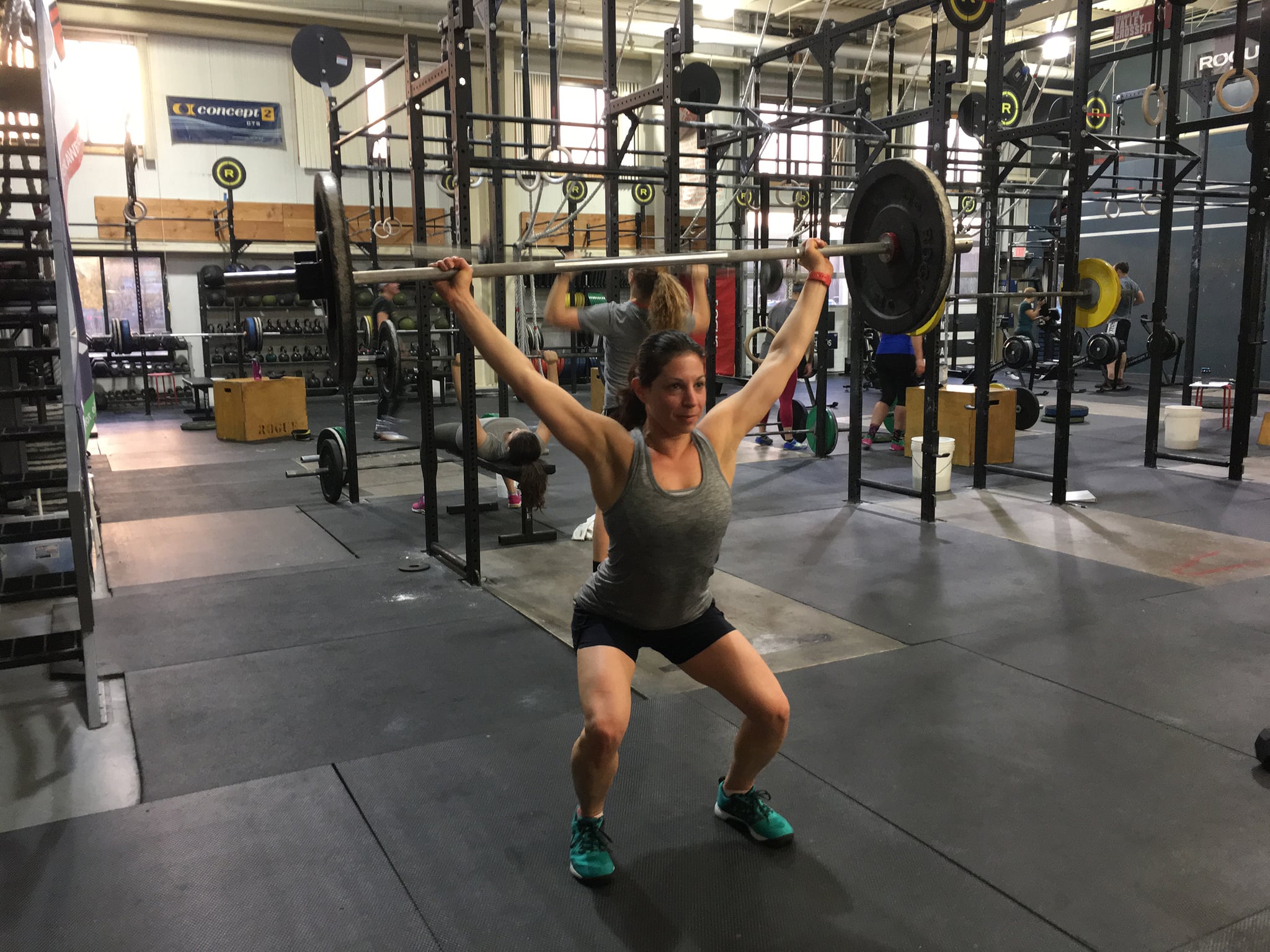 I thought doing more reps would increase my strength, but Laura said to focus on doing fewer reps "at the heaviest load possible." Say it's pull-ups that you're working on. Laura suggests working on the most difficult version of a pull-up you can do. Maybe that's with a band, maybe it's with your own bodyweight, or maybe it's while wearing a weighted vest (go you!). Choose whatever feels hard for you and your body without worrying about what the person next to you is doing.

Related:
9 Things I Wish I Knew Before Starting CrossFit

That works out to 120 reps per week — imagine how much easier pull-ups would feel after committing to this plan for just a few weeks! Of course, as your muscles get stronger, you'll want to adjust the difficulty level so those five reps are as challenging as possible.

Related:
Sculpt a Strong Booty With This 25-Minute CrossFit Workout

Are you ready to give this a try? Whatever your fitness goals are, in order to get stronger, instead of doing a crazy amount of moderately hard reps, try focusing on a lesser amount of really hard reps and see how your strength improves.

Holiday Fitness
25 Days of Workouts: This Fitness Advent Calendar Keeps You Sweating All Season Long
by Maggie Ryan 2 days ago