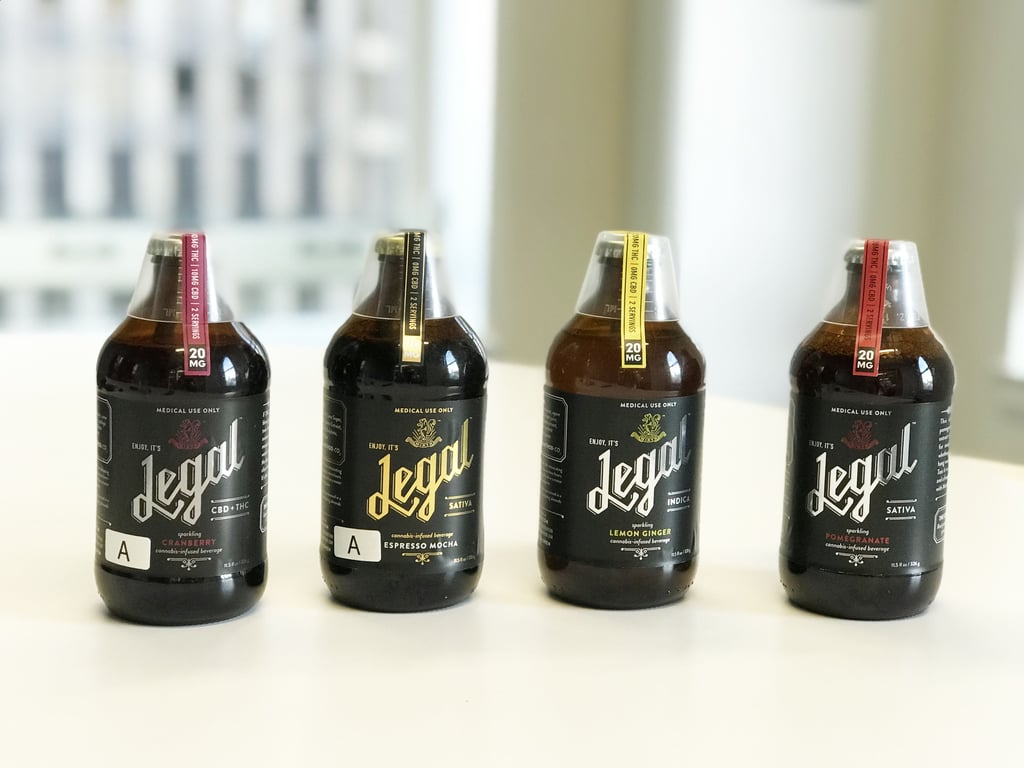 I Tried These Weed-Infused Sodas, and I'd Much Rather Sip on These Than Beer

As cannabis continues to go mainstream, more and more companies are trying to figure out ways to incorporate the plant into friendly products. I've been dabbling in this "enhanced" category, which includes items like pot-infused olive oil, and it's been a nice change from the usual joint. But the latest product that's caught me by surprise is a line of cannabis-infused sparkling tonics called Legal. I tested four of its all-natural sodas — all of which resulted in a nice, subtle buzz — and I've decided that I'd much rather sip on some Legal than beer.

Things to Know Before Drinking Legal

I tend to stay away from edibles because doses are typically more difficult to gauge, and I find the high to be a little too heavy compared to the effects of smoking weed. But after drinking Legal, a light, clear-headed buzz crept up on me. I was still highly functional while feeling weed's equivalent to being slightly tipsy. It was also perfect for drinking in a social setting, which isn't always the case when you're stoned at a party. Since every Legal bottle comes with a dose cup, I think it's particularly great for those who are new to cannabis.

See my review of each flavor ahead!

Related:
Suffering From a Night of Drinking? Let Weed Be Your Hangover Remedy
Previous Next Start Slideshow
Any cannabis products referenced above are not intended to diagnose, treat, cure, or prevent any disease. The writer is not a medical doctor, and their experience is based on personal use, the results of which may not be typical or intended. The legality of cannabis products varies by state, and readers are encouraged to check their local laws before purchasing and using cannabis products. Nothing in this article should be construed as advice regarding the legal status of cannabis products. Any views expressed in this article by a third-party sponsor are those of such sponsor, and do not necessarily represent the views of POPSUGAR.
Healthy LivingMarijuana