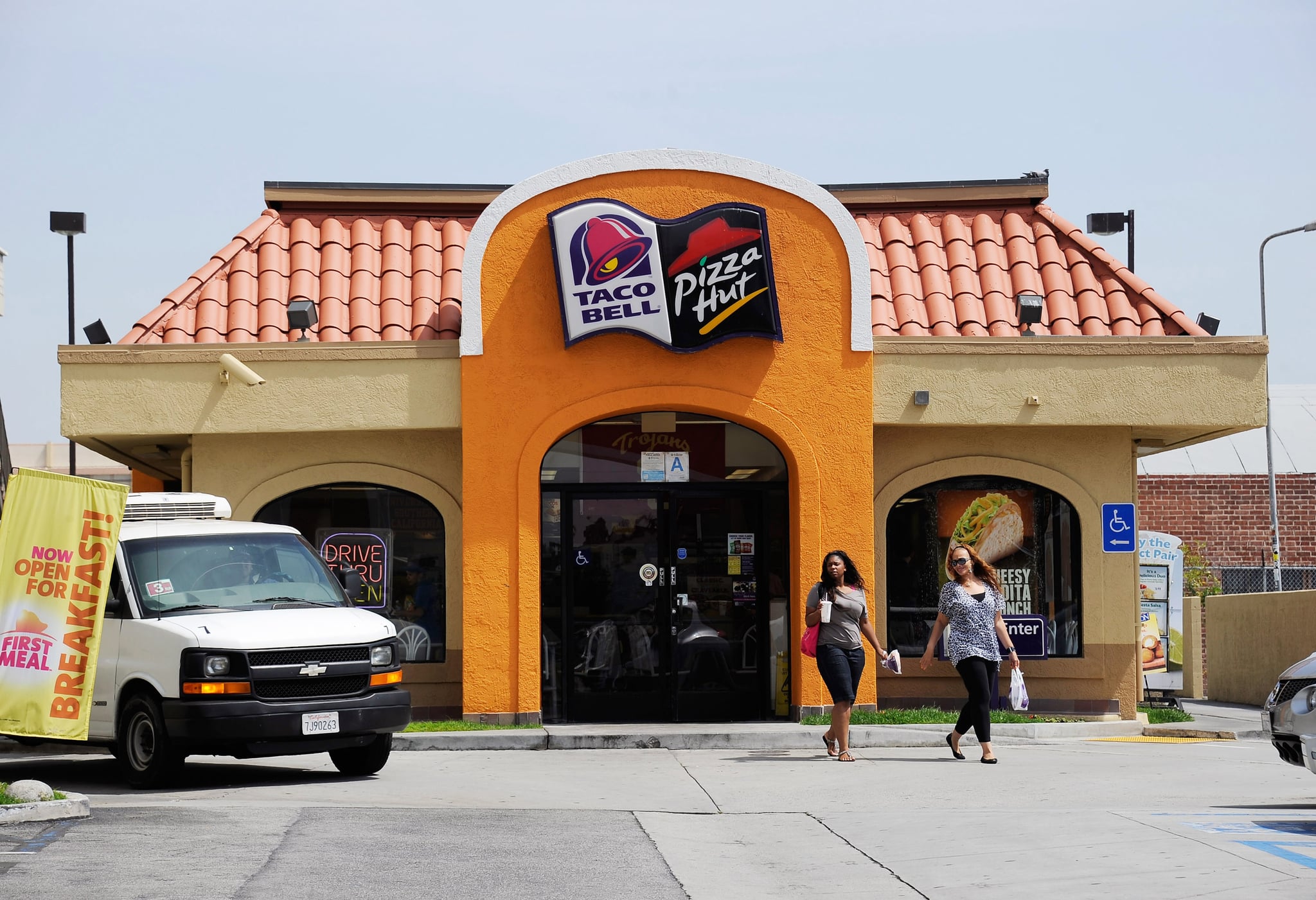 When you think healthy fast food, Pizza Hut and Taco Bell don't exactly pop into mind (especially when there are calorie bombs like this one on the menu). But the two fast food brands announced today that they are getting just a little bit healthier by removing many artificial ingredients in their foods.

Yum Brands, the company that owns both Taco Bell and Pizza Hut, said that it is removing key artificial ingredients soon. Starting in July, you can say goodbye to artificial flavors and colors in Pizza Hut's offerings, while Taco Bell will remove artificial colors, flavors, and high-fructose corn syrup by the end of the year and artificial preservatives "where possible" by the end of 2017. That means no more Yellow No. 6 dye in its nacho cheese, no Blue No. 1 in its ranch dressing, and real black pepper instead of "black pepper flavor."

Panera Bread recently announced a similar pledge to remove over 150 artificial ingredients, and while the debate on the dangers of GMOs still hasn't been settled, Chipotle said it has stopped using genetically modified ingredients as well. Whether or not you ever indulge in Pizza Hut or Taco Bell, these small changes signal a step in the right direction when it comes to more- conscious eating and consumer demand for higher-quality food.

Health News
If I Have No COVID Vaccine Side Effects, Is the Vaccine Still Effective? A Doctor Answers
by Jenny Sugar 14 hours ago

Healthy Eating Tips
Is Hard Kombucha Healthier Than Other Alcoholic Drinks? We Asked a Dietitian
by Jordan Julian 17 hours ago

Healthy Living
With 6 Months Until the Paralympic Games, These Are the Athletes We Are Excited to Watch
by Christina Stiehl 5 days ago