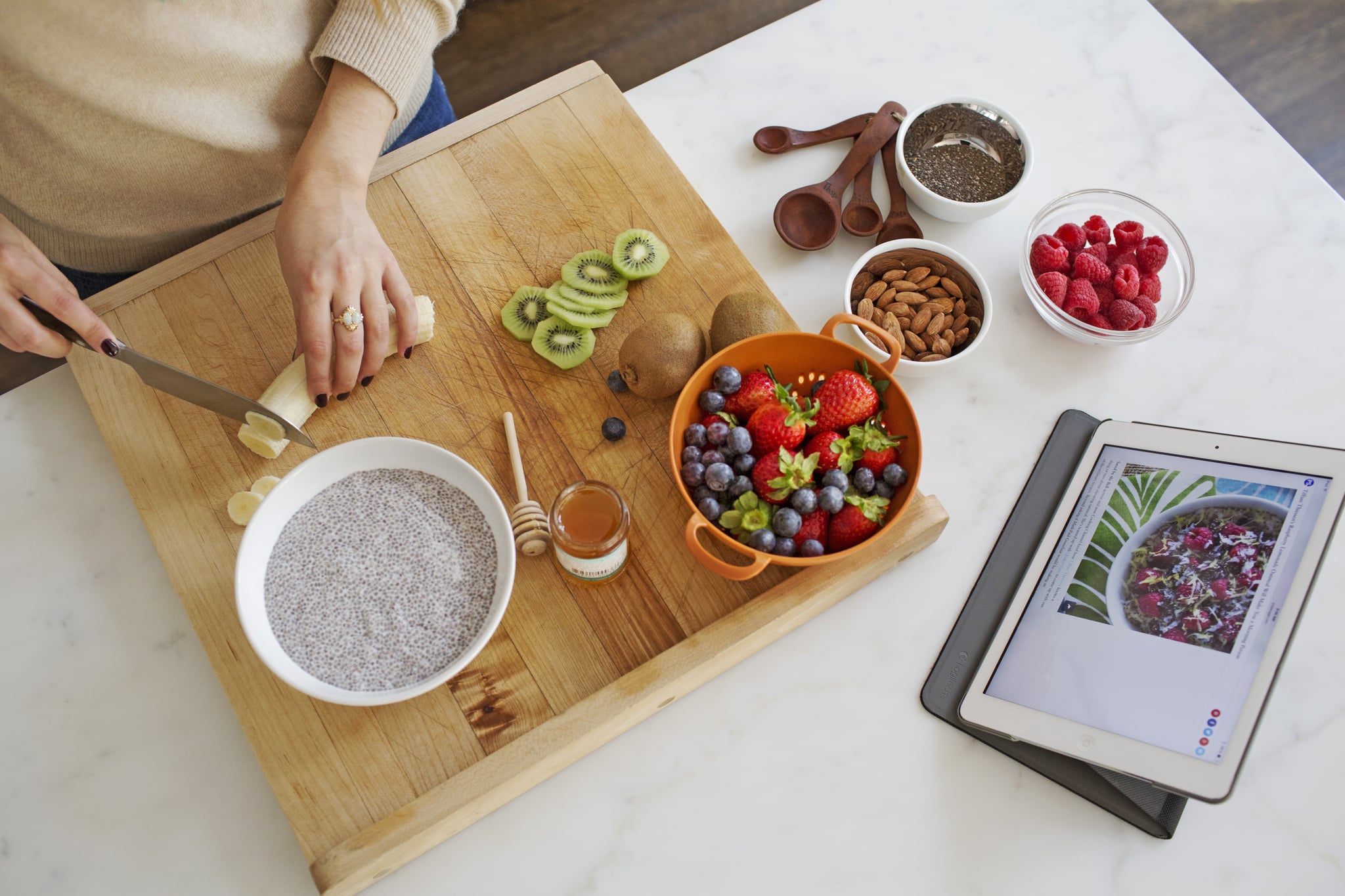 We've been told that portion control is the key to weight-loss success, and in many cases, it totally can be. But what if we told you you didn't have to control portions and you could still lose weight? Yes, there's a catch. You have to eat the right foods.

The concept has been referred to as "volume eating," but the idea in and of itself is not new. In fact, registered dietitian Lisa Eberly, MPH, said she's been using the general idea with her clients for years. "I recommend it," Lisa said. Have you ever heard someone say "no one ever gained weight eating vegetables"? It has a lot to do with calorie density. Let's take a look at what this all means.

Related:
I Added These 4 Things to My Salad and Now I'm Not Hungry Till Dinner

What Is Calorie Density?

Here's the deal — foods have different weights and volumes that are not necessarily proportionate to their calorie density. What that means is, there can be a small, light food with tons of calories or a large, more weighty food with very few calories, and vice versa.

So for weight loss, think the opposite — you want food that fills you up quickly, with fewer calories. Most of those foods are plants. Kimberly Gomer, RD, and director of nutrition at Pritikin Longevity Center + Spa, said, "It's not a surprise that vegetables are the lowest calorie-dense food on the planet." This has a lot to do with their water content. "Water is heavy; water-logged food therefore has little caloric value because the water takes up the weight of the pound." Because of this, vegetables "will help you lose weight and give you many of the vitamins, minerals, and phytonutrients," which are all "needed for a strong immune system, to prevent cancer, to promote good blood sugar control, and yes, to lose weight."

Related:
Real Women Share How They Lost 25 to 100 Pounds — Without Calorie Counting

In addition to the calorie-packed foods Sumbal mentioned, Gomer also spoke to which foods are more calorie dense and less voluminous (ie not optimal for weight loss). Among those? Fats. "By pound, the highest calorie-dense food (meaning the food that will most easily pack on the pounds) is surprisingly not junk food," she said. "It's oils, nuts, seeds, and avocados." Before you freak out, know that these foods are still healthy. "[It's] not that those foods are not healthy; the distinction comes from what may not hurt your heart but will make you gain weight," she said.

Applied to dieting, you focus on large portions of hearty, filling, weighted veggies. "I suggest increasing the volume of nutrient-dense, low-calorie foods for anyone who wants to lose weight. It is a great way to increase fullness and eat a huge plate of food without getting too many calories."

Gomer believes that this tactic is far more sustainable than merely controlling portions. "Many diets rely on calorie counting and portion control; it works, but the problem is it is not sustainable," she told POPSUGAR. "Most people who go on calorie-counting/portion-control diets fail." She also said that because this type of eating is so sustainable, it can be life-changing. "[I] believe that hunger is the enemy of weight loss; in following the calorie-density principles, a person will not only lose weight but become healthier as a whole."

That said, Eberly still suggests being somewhat mindful of your portions. "I'm all for volume eating, but being mindful of portions is still important, especially for things cooked in olive oil, as one tablespoon is more than 100 calories!"

Related:
You Won't Believe These Meals Are the EXACT Same Amount of Calories

What Are Some Volume-Eating Meals?

Obviously, veggies are huge in volume eating — but so are fruits and whole grains like oats! Here are some ideas.

Food Reviews
I Tried the Spicy-Rosé TikTok Trend, and Trust Me, It's a Winning Combo
by Izzie Deibe 5 days ago