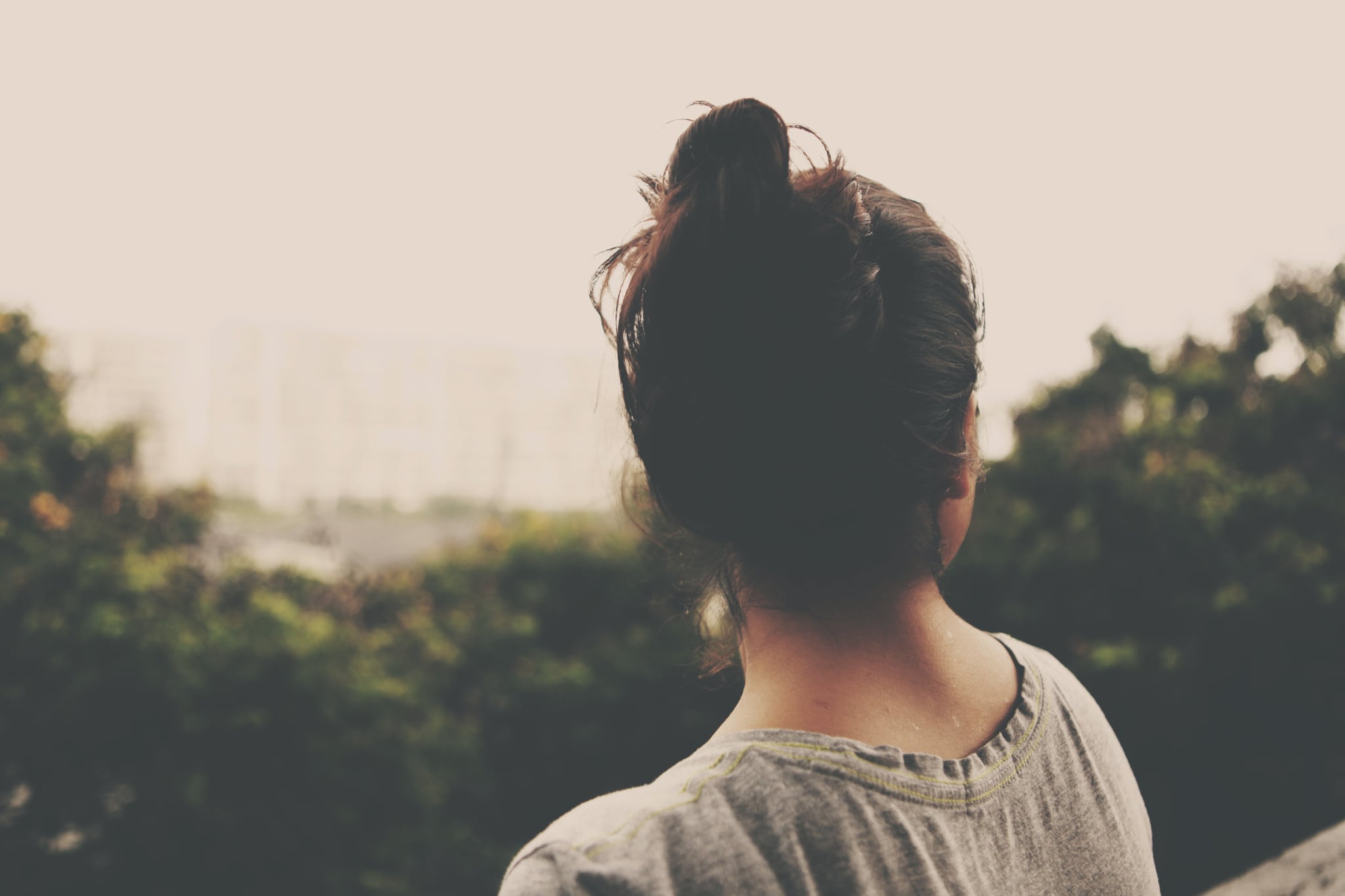 Alcohol can have damaging effects on your liver. You're more at risk of developing alcoholic liver disease — which can, depending on the stage, look like fat buildup, inflammation, and scarring — if you consume heavy amounts of it over your lifetime, according to the American Liver Foundation. But, between 30 and 40 percent of adults in the US have nonalcoholic fatty liver disease (NAFLD), the National Institute of Health (NIH) reports. This, Amreen Dinani, MD, a liver medicine specialist and assistant professor in Mount Sinai's department of medicine, liver diseases division, told POPSUGAR, typically means having at least five percent of fat in your liver (called ectopic fat) without excessive alcohol use or the use of any medicines that can cause fat buildup. Let's break it down.

NIH reports that there are two types of nonalcoholic fatty liver disease. There's what's known as a "simple fatty liver," were you have, as the name suggests, fat in your liver with no other damage at that point. Nonalcoholic steatohepatitis (NASH), on the other hand, is when you have inflammation of the liver (hepatitis) and scarring (fibrosis) in addition to the fat buildup. NASH can lead to liver cancer or permanent scarring damage called cirrhosis, and Dr. Dinani told POPSUGAR that NASH is therefore more aggressive. According to Wynne Armand, MD, contributing editor for Harvard Medical School, cirrhosis from NASH is expected to be the most prevalent reason for liver transplants within the next year. She wrote on Harvard Health Publishing, "Luckily, most people with NAFLD have simple fatty liver and not NASH; it is estimated that three percent to seven percent of the US population has NASH."

Dr. Dinani said that it's important to try and rule out other conditions that may present themselves as fatty liver disease before we diagnose NAFLD. For instance, there are some rare genetic conditions like Wilson's disease, excess copper stored in the liver, that can appear to have the same effects as NAFLD. There are, however, typically no symptoms of NAFLD. Jaundice, fluid retention, vomiting, etc. can happen as the condition progresses but are most likely found in cases of end-stage liver disease, Dr. Dinani said.

NIH states that you're more likely to develop NAFLD as you get older. Those who are overweight, particularly those who have visceral fat, or fat in their abdomen, are also at an increased risk. As weight management experts have explained in the past, this type of fat is located around your organs within the abdominal cavity and can cause protrusion. Your body, in other words, looks more like an "apple" shape.

But, there are certain people who can develop NAFLD despite not having a lot of visceral fat or appearing to be overweight. For instance, Dr. Dinani said that some people have lean NASH, or lean NAFLD in which their bodies are leaner, but they accumulate fat in the liver. Eduardo Grunvald, MD, FACP, medical director of the UC San Diego Weight Management Program, also told POPSUGAR in a previous interview that people with rare cases called lipodystrophy don't have the ability to store subcutaneous fat (fat under the skin that you can pinch with your fingers). Instead, they store much of their fat in the organs.

Related:
Hormone Changes Can Cause Belly Fat, but 2 Experts Say It Could Be More Serious Than That

Right now, there are no FDA-approved medications to treat NAFLD, but according to Dr. Dinani, there are some diabetic drugs that are currently being looked at in clinical trials to see their impact on fatty liver disease. The key to managing NAFLD, she said, is treating the risk factors such as diabetes and obesity. Patients should manage their cholesterol, high blood pressure, and other metabolic diseases that are associated with fatty liver disease, she said.

If someone is an uncontrolled diabetic, for instance, meaning their blood sugars stay too high often, Dr. Dinani might work with an endocrinologist to tailor their diabetes treatment. "If you're already thinking about adding another medicine to someone who's diabetic who could be better controlled, then you could consider doing a treatment that would attack both the diabetes and the fatty liver disease," she said. GLP-1 or one of the PPARs are examples of medication used to treat type 2 diabetes that also have been shown to impact fatty liver disease.

Dr. Dinani stressed the importance of weight loss. "We know that when you lose three percent of your total body weight, you will improve the fat in your liver. Losing five to seven percent of your weight will improve the inflammation associated with fatty liver disease, and 10 percent has been shown to actually improve the fibrosis or the scarring of the liver," she said. As we've reported in the past, when you lose weight, you lose visceral fat first because it's more metabolically active. This greatly improves the ectopic fat, or fat stored in your organs. "You're working on not having this excess fat that's sitting in the viscera, which is basically one of the feeding mechanisms causing this increased fat production in the liver," Dr. Dinani explained.

She recommends eating a healthier diet, counting calories, and exercising in order to lose weight, but she also tells her patients that attainable goals are key. For example, she'd tell someone who's 200 pounds to try and lose two pounds per month. Drastic goals aren't realistic or easily maintained. In terms of food choices, high-fructose corn syrup, she said, is "like poison to the liver." So, cutting that out is important. She also tells people to stay away from a lot of the diets that are all about juicing. "Sugar is metabolized very quickly, and that's the problem," she said. You want to eat fiber and protein to keep you fuller for longer. Plus, when you drink your calories you're more likely to feel hungry an hour or so later because the hormones in your digestive tract telling your brain that you're full aren't properly activated, she added.

Here's an overview of what to put in your shopping cart and what to stay away from:

Caffeinated coffee, too, has been shown to have an anti-inflammatory and anti-scarring effect on the liver, Dr. Dinani said. That doesn't mean you should drink loads of it, she clarified, because it can raise your blood pressure and make you very jittery. Also, don't add a lot of sugar and creamer to your coffee either. Aside from that, she cautioned against taking weight-loss supplements since they can cause drug-induced liver injury. Tracking calories to ensure a caloric deficit will help you stay on track, and she suggests downloading an app to do so. Meeting with a dietitian might be a good idea as well, she said.

You can, in theory, lose weight without exercise, but working out makes the process easier and helps improve your overall health. Strength training will preserve your muscle mass and keep your metabolism going post-workout in order to burn more calories. Aerobic exercise will stimulate your heart and make it more efficient at pumping oxygen around the body, Dr. Dinani said. HIIT, as we've reported on countless times, especially targets your stubborn belly fat associated with that visceral fat. For more weight-loss basics, you can check out this thorough roundup of expert tips.