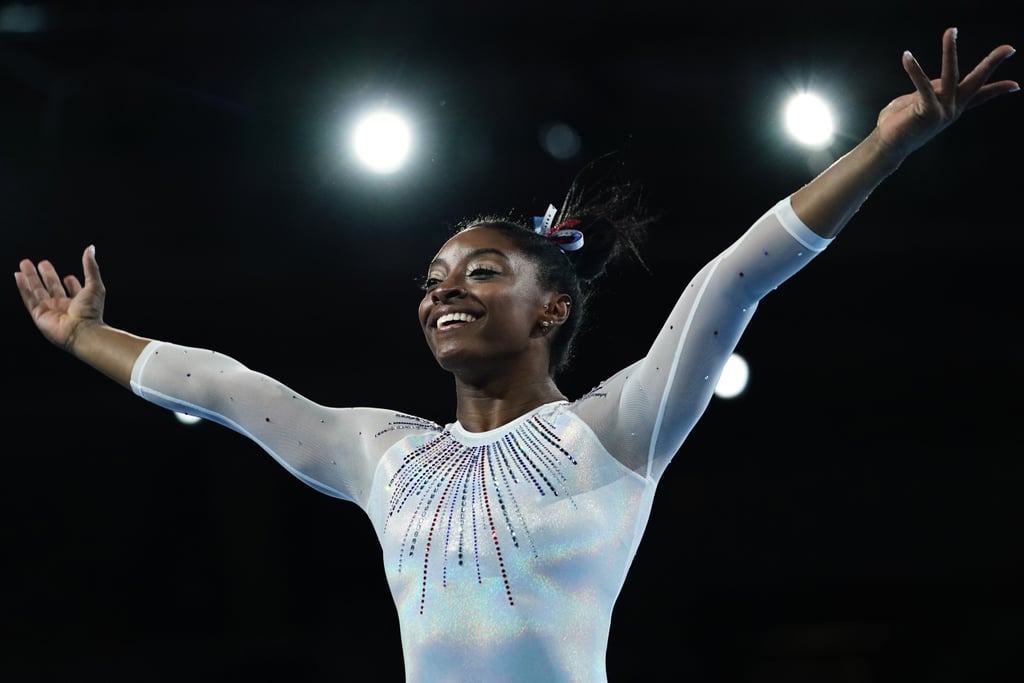 As I write this, Simone Biles is training for her second Olympic Games, the first of which she made history at (and would you expect anything less?!). As part of the "Final Five" at Rio 2016, Simone's five medals — one bronze and four gold — tied the record of the most medals won by a US gymnast at a single Olympics. She also became the first American to win four Olympic golds at a single Games in women's gymnastics.

Many star athletes in the sport have tried making an Olympic comeback — Nastia Liukin and Shawn Johnson, for example — but it's uncommon for gymnasts to return to that stage for another go around (the most recent athletes to do this were Aly Raisman and Gabby Douglas). Note: we won't officially know on paper if Simone has booked her ticket to Tokyo until the Olympic trials in late June.

However, if Simone's six-year-and-counting all-around winning streak — and the large margin of victory by which she wins — has proven anything, it's that time hasn't slowed her down. In fact, Simone added two more skills to her list of moves named after her in 2019 alone. Her routines are getting harder.

Simone has been the gymnast to beat for the better part of a decade, and she started getting skills named after her as early as 2013 (The Biles on floor). The accolades in her trophy case, besides the aforementioned accomplishments, include first woman to win four, then five, World all-around titles; most decorated gymnast in World Championship history; and the list goes on. Simone, though, will be the first to tell you that she's a) not finished yet and b) staying humble but owning her talents. Ahead, check out some of Simone's best routines of all time. Are you ready? She certainly is.

Related:
Simone Biles Is the GOAT in Gymnastics — Watch Her Floor Routines Through the Years
Previous Next Start Slideshow
Simone BilesSportsGymnasticsAthletes

Fashion Trends
Why Racket Sports Are Taking Over Your Friend Group, TikTok, and Closet
by Kalea Martín 15 hours ago