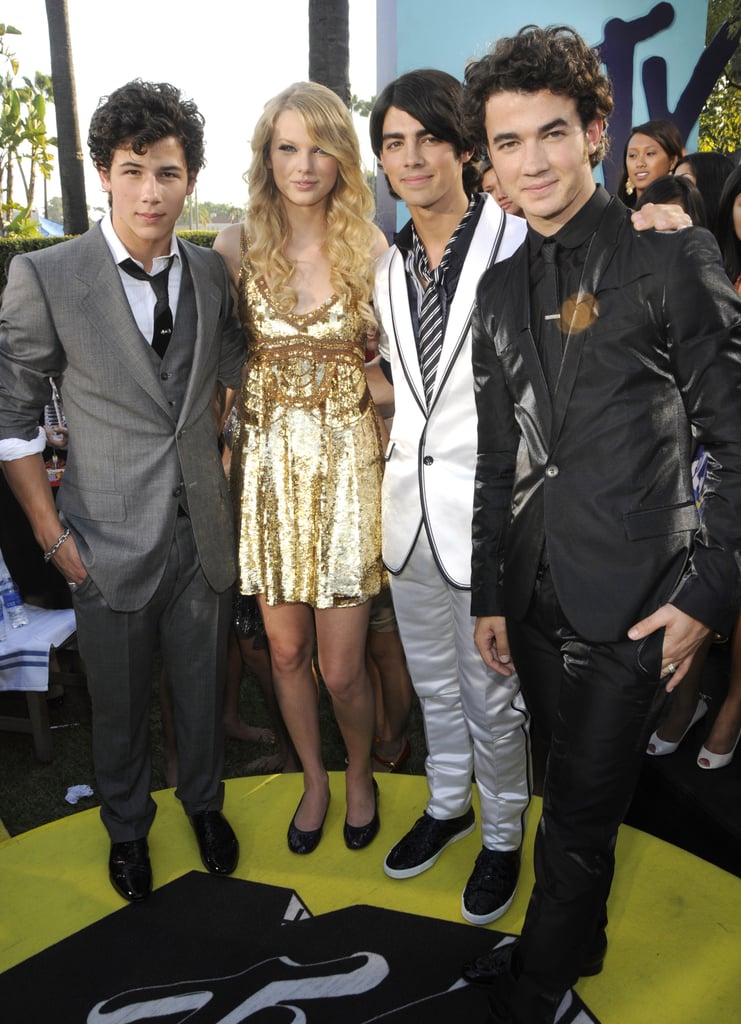 Taylor Swift and the Jonas Brothers at the 2008 MTV VMAs

The Jonas Brothers and Taylor Swift have come a long way in the past 10 years, and it's making me nostalgic. During the Billboard Music Awards, the brothers were spotted enjoying the "Me!" singer's opening performance in the crowd. While Kevin was spotted singing along to the chorus, Joe could be seen bopping to the beat alongside wife Sophie Turner.

The Jonas Brothers certainly have a long history with the pop singer! Back in 2008, Taylor made a handful of guest appearances during the band's Burnin' Up Tour. She also had a special cameo in their 2009 concert film, Jonas Brothers: The 3D Concert Experience, as she sang her country hit "Should've Said No." Not to mention, Taylor and Joe briefly dated from July 2008 to October 2008.

Though their relationship ended pretty abruptly (with an infamous 27-second phone call and quite a few breakup songs about each other), it's clear Joe and Taylor are on good terms now. Joe is married to Sophie, and Taylor is happily dating her British beau Joe Alwyn. See the Jonas Brothers' cute reaction to Taylor's performance ahead, then take a quick trip down memory lane.

by Samantha Brodsky 34 minutes ago