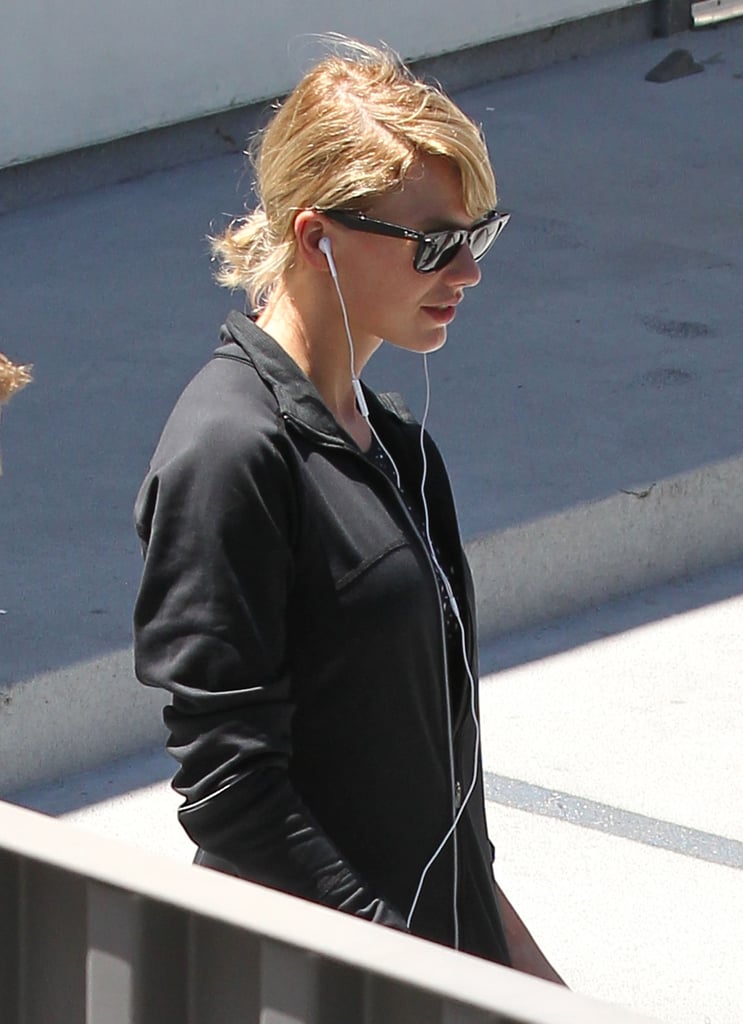 It appears Taylor Swift is shaking (and sweating) off the drama that happened last week between her, Kim Kardashian, and Kanye West. The "Out of the Woods" singer was photographed hitting the gym in a black zip-up and colorful leggings and was accompanied by boyfriend Tom Hiddleston. Taylor has been seen publicly only twice since she was out and about in Australia on July 14, which occurred just after she came under fire from ex-boyfriend Calvin Harris, who called her out on Twitter. Although the spat between her and Calvin has dissipated, the fervor surrounding her very public fight with Kim and Kanye over whether or not she knew about the lyrics referencing her in Kanye's latest song, "Famous," continues to rise. Check out photos from Taylor and Tom's afternoon here, and then study up on everything that has gone down since Kim leaked her video receipts.

Music
From Selena Gomez to Taylor Swift, the Most Anticipated Albums of 2023
by Chanel Vargas 2 days ago