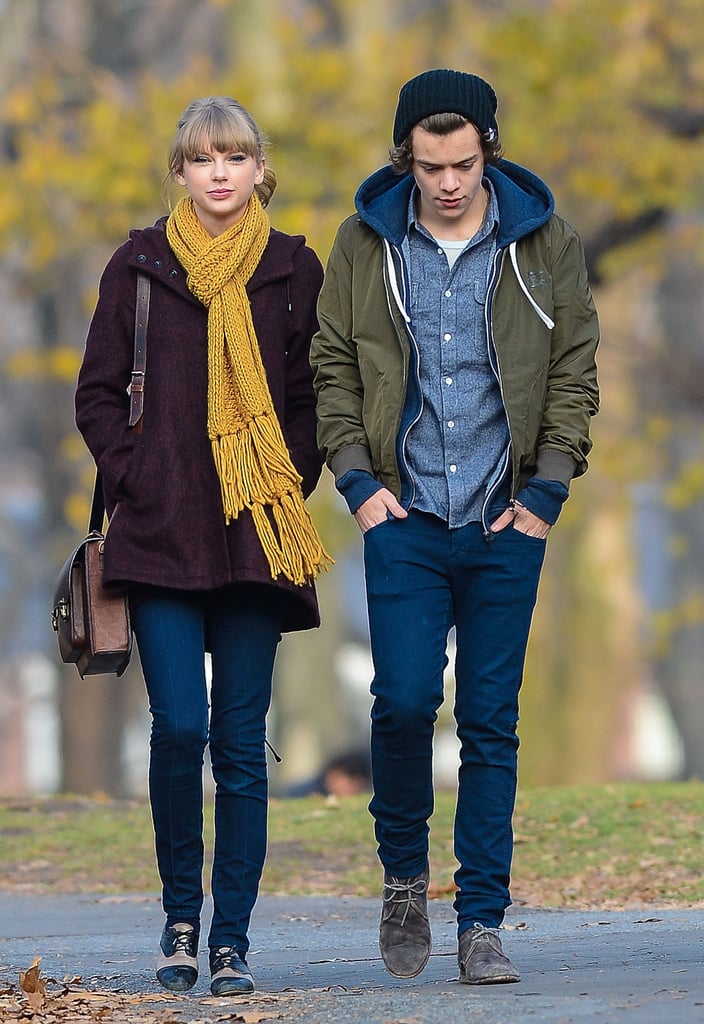 In 2015, Harry and his band came out with a music video for their song "Perfect," and it quickly made headlines for referring to Taylor and the songs she's written about Harry with the line: "If you're looking for someone to write your breakup songs about / Baby I'm perfect." Yeesh. Harry all but confirmed that Taylor inspired the track during an interview with James Corden.

Harry went solo in 2017, and as soon as he started promoting his new album, fans speculated that the song "Ever Since New York" was a nod to his ex. Harry sings, "Brooklyn saw me, empty avenues / There's no water inside this swimming pool / Almost over, that's enough from you / I've been praying, I never did before / Understand I'm talking to the walls / And I've been praying ever since New York." Given the fact that he and Taylor paraded their love all over the Big Apple (and that Taylor has a well-noted love for the city), it seems like more than a coincidence.