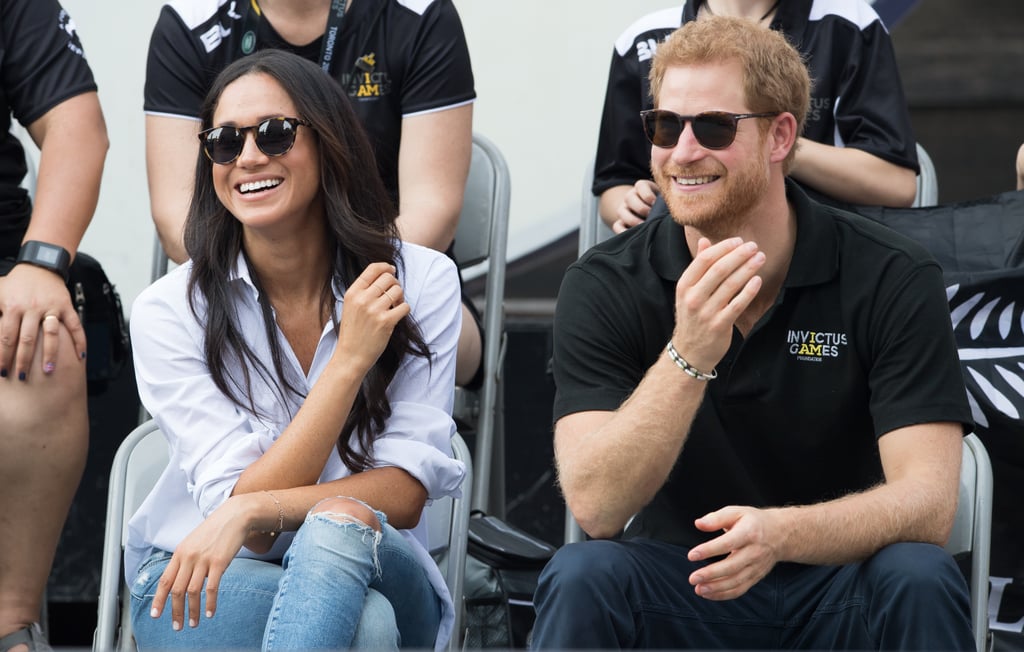 Prince Harry: "Imagine If You Had Forgotten"

I still remember the day like it was yesterday. It was a Monday, Sept. 25, 2017, to be exact. It also happened to be day three of Prince Harry's Invictus Games in Toronto. At the time, I'd only really heard tidbits here and there about his relationship with Meghan Markle: they were introduced through their mutual friends Misha Nonoo and Markus Anderson, they'd already met each other's parents, and they were even spotted on a date night in London. Harry and Meghan had yet to make their public debut as a couple, but that was all about to change.

During the wheelchair tennis event, it finally happened. Harry and Meghan walked out hand in hand, marking their first public appearance as a couple after a year of dating. Given that the Invictus Games hold a special place in Harry's heart and Meghan was currently living in Toronto, it only made sense that they used the event to mark a major milestone in their relationship.

Harry and Meghan kept things casual in jeans and were all smiles as they sat in their seats. However, what we didn't know at the time was that they were hiding a major secret: they were engaged! According to royal reporters Omid Scobie and Carolyn Durand's book Finding Freedom: Harry and Meghan and the Making of a Modern Royal Family, Meghan hinted at the engagement by wearing a classic white button-down shirt from Misha's collection called the "Husband Shirt." Pretty clever, eh?

Still, it wasn't until two months later that they finally announced the exciting news and stepped out to celebrate during a gorgeous engagement photo call at the Sunken Gardens at Kensington Palace. In an interview with BBC, Harry and Meghan revealed that it was just a regular, "cozy" night for them at their cottage in Kensington Palace when he popped the question. They were roasting, or "trying to roast," a chicken when he got down on one knee. "It was just an amazing surprise," Meghan said. "It was so sweet and natural and very romantic." However, it's still not totally clear when exactly Harry proposed.

Fast forward to present day, and now they're married and parents to their 1-year-old son, Archie. Keep reading to see what Meghan and Harry were probably thinking when they made their public debut as a couple.

Related:
What's Going On With Harry and Meghan? Everything to Know About Their Royal Exit
Previous Next Start Slideshow
Meghan MarkleThe RoyalsPrince HarryCelebrity FactsThe British Royals