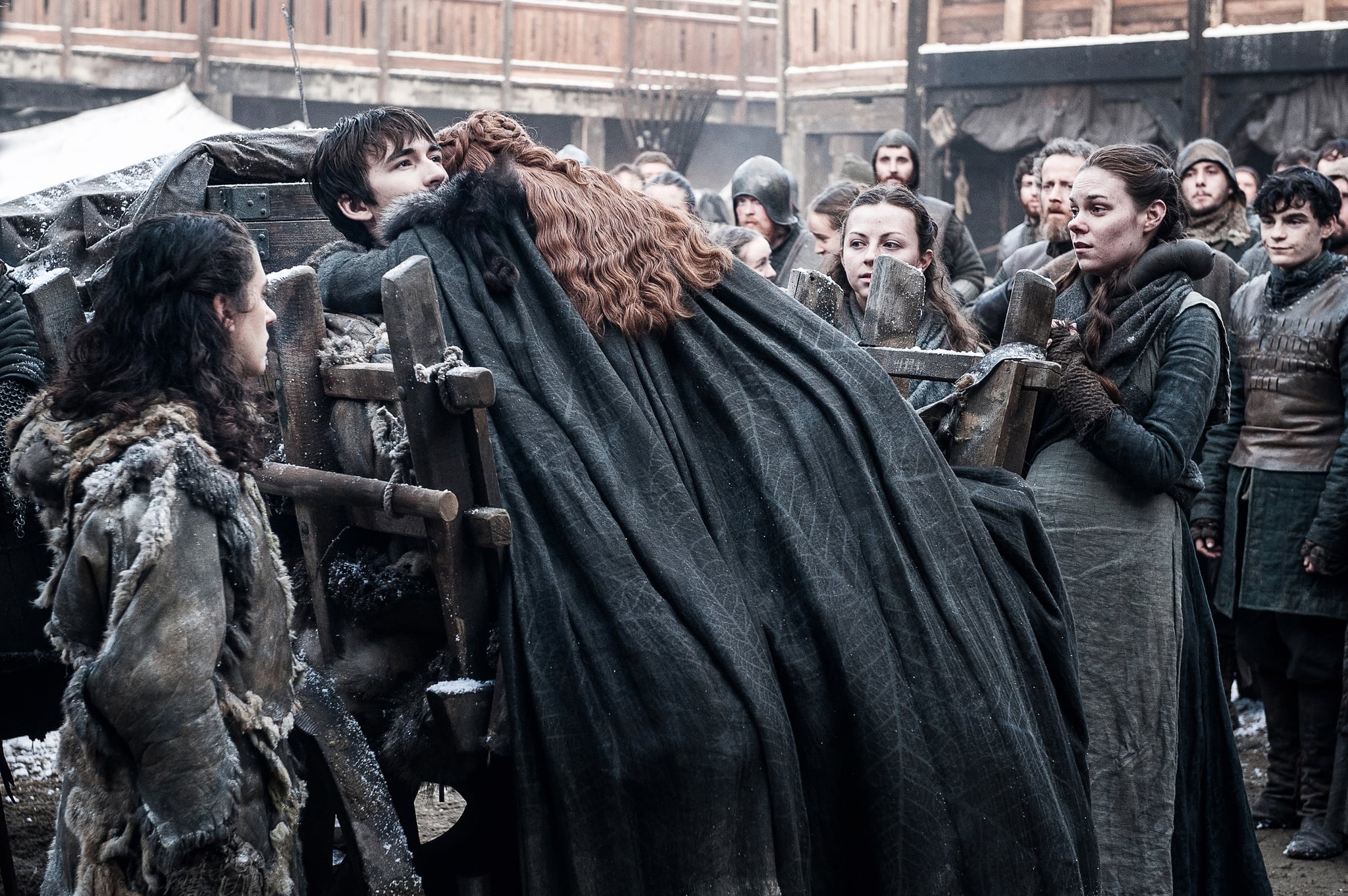 One of the most anticipated reunions on Game of Thrones finally came to fruition in season seven's third episode. However, the special moment between Sansa Stark and her long-lost brother, Bran, quickly soured in viewers' eyes for several reasons, not the least of which was the way Bran behaves upon finally seeing Sansa for the first time in years. Suddenly taking on an affectation of blankness that he hasn't displayed at all thus far, Bran can't even be bother to return Sansa's emotional embrace.

Anyway, the most bizarre part about the Stark siblings' reunion at Winterfell is their conversation beneath the family weirwood tree. Presumably in an effort to prove his greenseer powers to Sansa, Bran decides to describe a memorable evening that he was not present for. Specifically, the most traumatic night of Sansa's life, when she is married to and subsequently raped by the sadistic Ramsay Bolton.

Bran could choose any memory to prove his abilities, but intentionally focuses on Sansa's most traumatic life experience.

Aside from the creepy factor of Bran implicitly letting Sansa know that he has "watched" her while she is repeatedly sexually abused, he adds another unsettling element by blankly complimenting how beautiful his sister looked on her wedding night. Not to mention the unnecessary cruelty of reopening the wounds inflicted by the Boltons, which Sansa is just beginning to put behind her. Bran could choose any memory to prove his abilities — their crazy aunt Lysa Arryn getting pushed out the "Moon Door" at the Eyrie, how Joffrey looked when he was dying, or one of Sansa's conversations with Littlefinger — but intentionally focuses on her most traumatic life experience.

We've taken the liberty of choosing several things that Bran could have — and SHOULD have — spoken to Sansa about instead. Hopefully by the time Arya returns to Winterfell, he'll have gained back some of his social skills and takes a hint from this list.

42 Things Bran SHOULD Have Talked to Sansa About