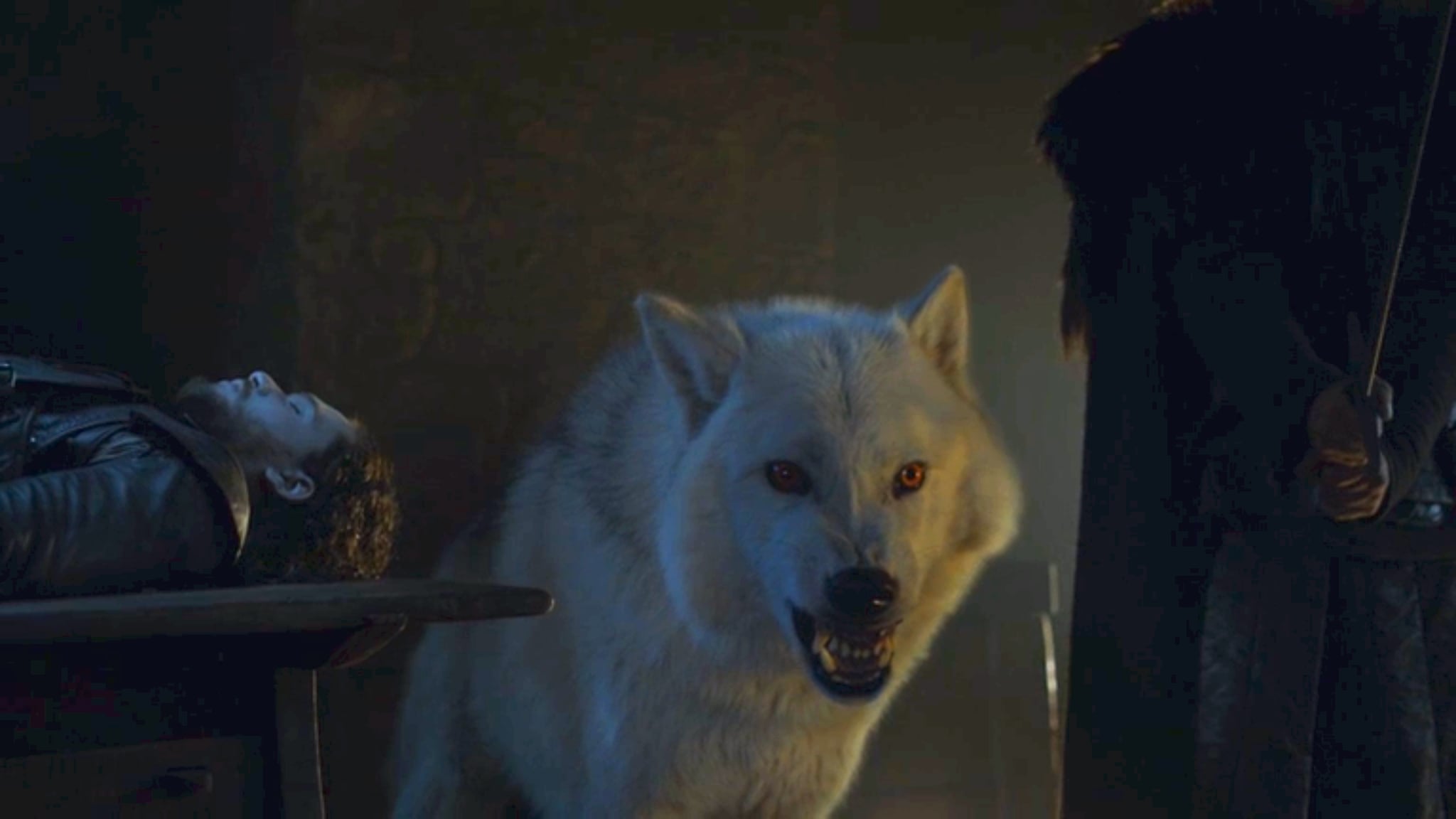 If you've yet to watch this week's episode of Game of Thrones, what are you even doing with your life? Just kidding, but please be aware of spoilers below. If you've already watched this week's episode, you'll know that the impossible happens: Jon Snow is brought back to life. It kind of goes down the way we thought it might after the premiere: Melisandre ressurects him by casting a spell. The more we think about the circumstances, though, the more we can't help but doubt the magical prowess of the Red Priestess. In fact, we have an entirely different idea for how Jon lasts so long: Jon Snow wargs into his direwolf, Ghost, just before he dies.

As a reminder, warging is the process of transferring consciousness into another physical body. Bran Stark wargs quite a bit, but it's widely believed to be woven into the Stark bloodline. Not only is it possible that Jon warged, but eagle-eyed Game of Thrones fans can find a wealth of hints hidden in the most recent episodes. We even considered it at the end of season five as we desperately thought of theories for how he could return. Wondering what we mean? Keep reading as we break it down below, then check out all the reactions you had to the new episode.

What do you think? Does Melisandre actually help Jon return, or does he simply warg into Ghost and then warg back? Is it a combination of both? There's only one thing to do: hold tight until next week, and hope we get some answers.

TV
11 Ways WandaVision Could Lead the MCU Into a Wild Era of Mutants, Magic, and More
by Mekishana Pierre 4 hours ago

Netflix
Everything to Know About the Changelings in Fate: The Winx Saga
by Camila Barbeito 4 hours ago

TV
It's a Sin: The People and Events During the HIV/AIDS Outbreak That Inspired the Series
by Navi Ahluwalia 10 hours ago