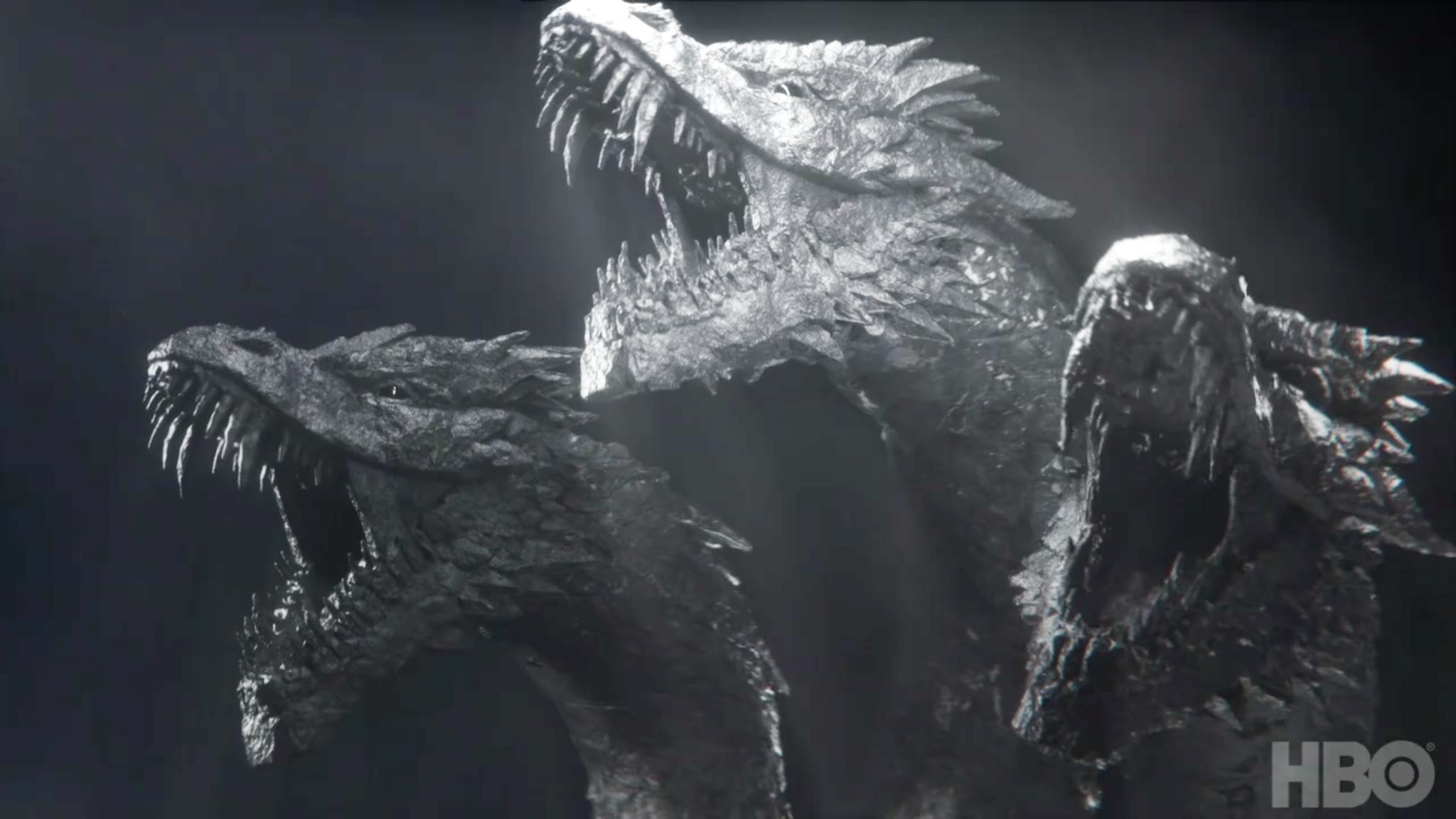 Praise the old gods and the new! After a viral Facebook Live reveal that lasted longer than an actual episode, we've finally been given a taste of Game of Thrones season seven . . . and it's already shaping up to be the wildest one yet. No, it's not just because it's been the longest waiting period for a season in the show's history; we analyzed every single symbol in the under-two-minute teaser, and holy sh*t, it spells serious bad news for everyone in the Seven Kingdoms. Let's review, shall we?

"There's only one war that matters. The Great War. And it is here."

The teaser opens with Daenerys discussing her father, The Mad King Aerys, while a three-headed Targaryen dragon ominously revolves on screen. Then, the teaser moves on to other major house sigils made from stone (that also slightly resembles wrought-iron, a là the Iron Throne). While sound clips from bloody betrayals of seasons past play in the background, the sigils from the houses involved in each betrayal are shown attacking one another — Lannister lion taking down Stark direwolf and the like.

After culminating with the Tyrell rose engulfed in deadly green wildfire, the sigils begin to crumble, shattering into broken stone pieces that fall into a strange, spiraled symbol on the snowy ground. This symbol is then revealed to be the center of a massive bright-blue eye. During this time, we hear Jon Snow speak the only new words of the teaser: "There's only one war that matters. The Great War. And it is here."

Netflix
Too Hot to Handle's Desiree Burch Promises Season 2 Is a Wild Ride: "The DTF-ness Is at 11"
by Monica Sisavat 3 hours ago

Josh Gad
10 Points For Gaston! Here's What We Know About the Beauty and the Beast Prequel Series
by Grayson Gilcrease 9 hours ago