As a loyal fan of The Walking Dead, I would be remiss not to address the elephant in the room — and his name is Negan. Ever since the season six premiere, the imminent threat of the notorious comic book villain loomed over the show. As fans waited with bated breath to find out when Negan would show up, we couldn't help but get anxious when he finally arrived to wreak his havoc. And then the unexpected happened: a cliffhanger. Right at the brink of Negan's wired bat going blow for blow on an unidentified member of Rick's gang, we're left in dark — literally.

That final moment was the start of an agonizing wait for season seven. It also sparked endless conspiracy theories about who will inevitably be the victim of Negan's wrath. Some fans suspect it's Daryl (and are prepared to riot). Others truly believe Maggie's fate is in jeopardy.. Meanwhile, the producers have chosen to stick by their decision to milk Negan's brutal scene and keep fans guessing, which I believe is a bad choice for the show and its viewers.

In the comics, the subject of Negan's fatal onslaught is revealed to be Glenn. There are no tricks or twists for the readers. Just a straightforward yet necessary death that propels the story into new territory. That is exactly what I feel The Walking Dead fans deserved as the season six finale. Specifying who died at the end would have allowed proper time for fans to grieve and get closure and it would have also eliminated these three glaring concerns I have about the handling of Negan's iconic debut. 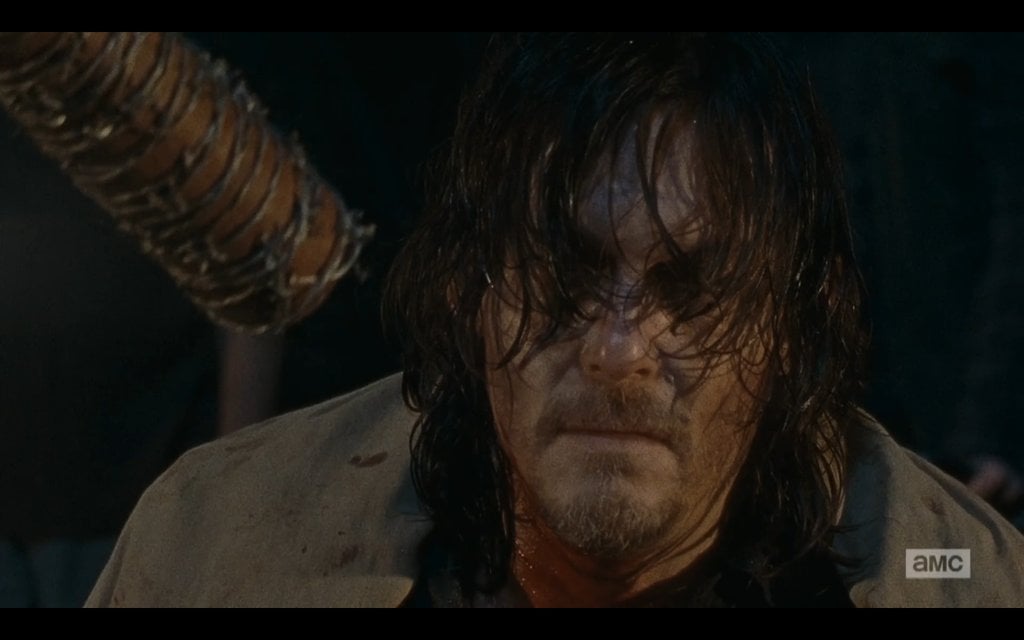 1. We (Really) Care About These Characters

Teasing the impending death of beloved characters feels intentionally cruel. After six years, we've become emotionally invested in these survivors. There is nothing enticing about waiting to discover who will be gone for good. While it might be great for ratings, it's bad for fans who should be able trust that writers aren't toying with our emotions solely for the sake of financial gain. Previous deaths on the show were handled with dignity and a heightened sense of substance. It's hard to feel that way when clichéd cliffhangers are involved.

2. We're Still Not Over Glenn's Fake-Out

This is perhaps the biggest reason many are unable to come to terms with season six's open ending. The writers believed it was in their best interest to include a prolonged fake-out of Glenn's character's death in the middle of the season. If they knew they were going to make us wait six months to find out who suffered from Negan's assault, why include another totally unnecessary source of stress making fans believe Glenn was a goner? Once again, cruel. Not cool.

3. It Feels Cheap and Gimmicky

By ending with a cliffhanger, the creators essentially took one of the most important deaths within the comics and trivialized it on screen. The intense season finale built up enough suspense to make our heads explode, only to learn that the torture was not over yet: we'd have to wait until next season for some relief. To add salt to the wound, the show continues to tease the devastating moment while promoting the upcoming season. At some point, too much anticipation can become a nuisance. Let's hope that the writers of The Walking Dead are aware of this and consider it before plotting the next major character death on the show.

Image Source: AMC
The Walking DeadFall TVTV
Around The Web

Nostalgia
From Usher to Ray J, These Are All the Stars Who Appeared on Moesha Over the Years
by Camila Barbeito 6 hours ago

Anthony Mackie
Anthony Mackie Does His Best to Shut Down Captain America Rumors, but We're Not Fooled
by Grayson Gilcrease 7 hours ago