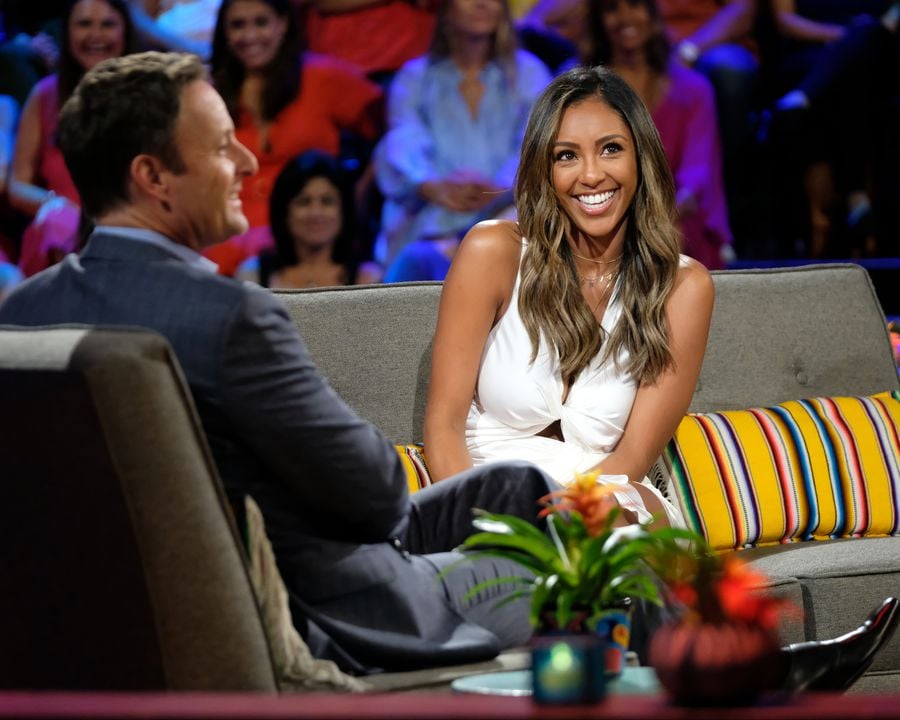 Will Tayshia Get a New Cast of Men?

Let's start with some context: Clare Crawley was announced as the new Bachelorette in early March. The names of the men set to be on her season were announced just a few weeks later. The COVID-19 pandemic caused ABC to halt production the night before it was set to begin, and while filming was on pause, producers reassessed the group of men they had chosen. Shortly before production started up again in July, ABC revealed the updated cast list, which included 17 men from the original cast (new Bachelor Matt James was obviously missing) and 25 new guys. That's a whopping 42 men who were there for Clare.

So . . . Tayshia is just going to step in and continue with Clare's cast? That can't be right, can it? Who wants someone else's leftovers, even if those leftovers are a bunch of handsome, accomplished men? Did producers actually start Clare with those 42 guys, or was she initially introduced to a smaller cast, and there were just some extras in case of a COVID-19 diagnosis caused one or more of the men to leave? Conversely, were there more than 42, and now they're bringing in the backups to be Tayshia's cast? Whatever the case, unless producers anticipated the Tayshia twist, there's no way they would have time to vet a whole new cast for her.