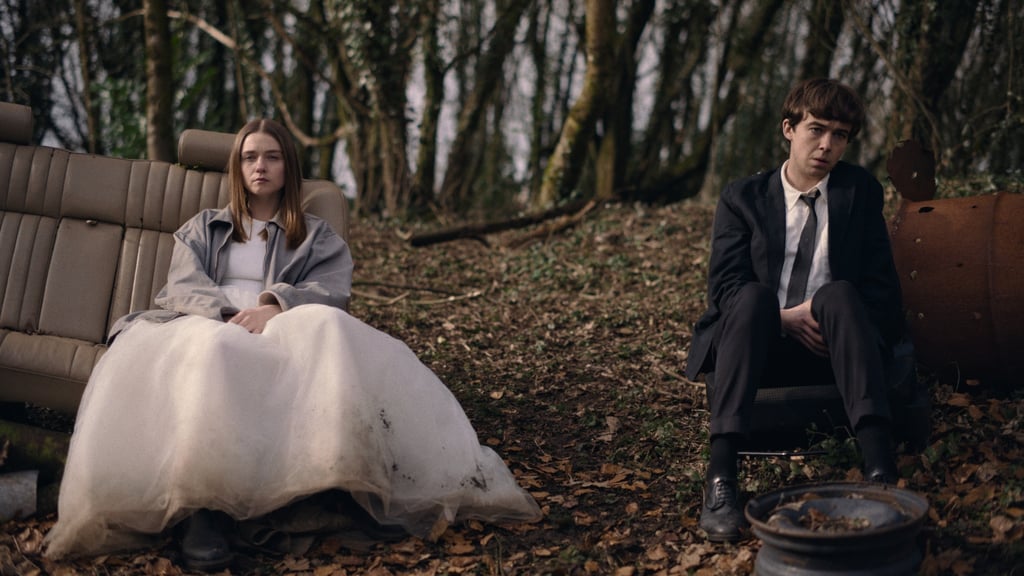 The End of the F***ing World Recap: Here's What Went Down in Season 2

Warning: If you aren't keen to spoilers, I suggest you stop scrolling!

Season two of The End of the F***ing World gave us just as much drama, plot twists, and action as the first season, and we seriously need to talk about everything that went down. From finding out that James isn't actually lying dead on the beach somewhere to learning about the backstory of one of this season's main characters, the show reeled us in and kept us on the hook with every twist and turn it had. Though we aren't too sure there will be a third season of the Netflix original, we did get a pretty satisfying ending, and that's good enough for me.

If you're still trying to make sense of everything that went down between James, Alyssa, and the terrifying Bonnie, then read through the gallery to revisit some of the most important scenes in season two of The End of the F***ing World.

Previous Next Start Slideshow
NetflixThe End Of The F***ing WorldTV