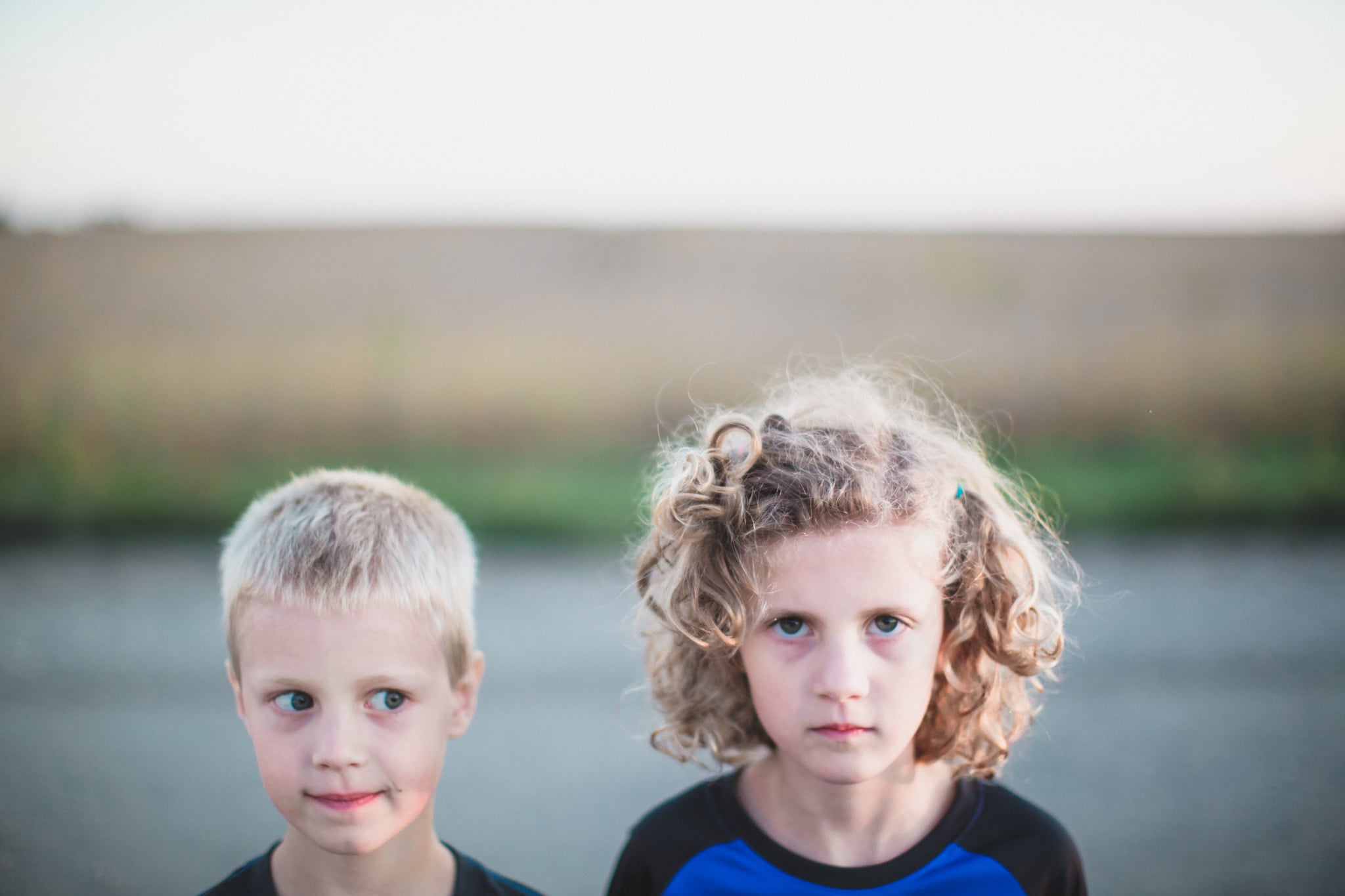 My 8-year-old daughter is funny, empathetic, and sharp. She also has her father's flair for the dramatic and a firstborn's propensity toward self-importance (as an oldest child myself, I don't like to admit it, but science says it's true). So when she walked in on me cuddling her little brother, cooing about how much I love him and how cute I think every part of him is, I wasn't surprised that she didn't exactly join in on the love fest.

It was a Summer afternoon a few days before he was set to start kindergarten, and admittedly, I was laying it on thick, overflowing with all the emotions about sending my youngest off to elementary school, both worried about how he would handle it and confused about what it would (or wouldn't) mean for me. The tickle-slash-hug session my daughter found us engaged in wasn't just fun; it was me squeezing every moment out of the last moments of his little kid life. So, yeah, it probably looked pretty intense.

Related:
I'm Not in Love With My Newborn – Stop Guilting Moms Into Thinking They Should Be

Preferring to be the object of any parental attention, my daughter was not pleased. Like, really not pleased. "You love him more than you love me," she screamed at me, slamming the door on us and retreating to her room to cry — and presumably wait for me to come promise her that I couldn't love anyone more than I love her, a fact that is as true as anything in this world.

But as I was walking to comfort her, trying to get the eye rolls out of my system before I entered her room, I realized something. As obvious as it is to me that I love both my kids enormously and equally, from her perspective, it might not be as clear. If I was being really honest with myself, I realized that in many ways I am much softer with my son.

Some of it is just biology. Our personalities are similar. We speak the same emotional language. And because we're so simpatico, it's often easier for me to relate to him and his rational, easy-going ways. My daughter's stormy interior workings are often a mystery to me, and that can lead to conflict. Plus, because she's the oldest, I have greater expectations for her. She is now grown enough to be in charge of all the tasks (personal hygiene, dressing, cleaning up after herself, homework) that I still help her brother complete.

Related:
My Daughter Has Started to Turn on Me, and It's Breaking My Heart

And while to me, her 40-year-old mother, that seems natural and practical — promoting and teaching independence and self-reliance is one of my greatest tasks as her parent — of course it could also look like favoritism to her far-from-developed brain. When I'm kissing her brother two minutes after I cleaned up his action-figure-littered room, then telling her she's going to lose a play date unless she picks up the LOL dolls and rejected outfit choices covering her bedroom floor, I can see that it looks like a bias.

So, instead of starting our conversation with "of course I don't love your brother more than you," I decided to go a different direction. I told her that just as she and her brother were different people, so was my love for them. Equal but distinct. I loved him because he was silly and thoughtful and little, and I loved her for her sweetness, strength, and maturity just as much. We talked about how, now that she's older, she doesn't really like it when I attack her with kisses and hugs anymore, so I've tried to contain myself, even though I still want to kiss and hug her all the time.

And I made her a promise that I would try harder to find new ways to show her how much I love her. I can't think of a parenting job that's more important than that, or that I'd enjoy more.