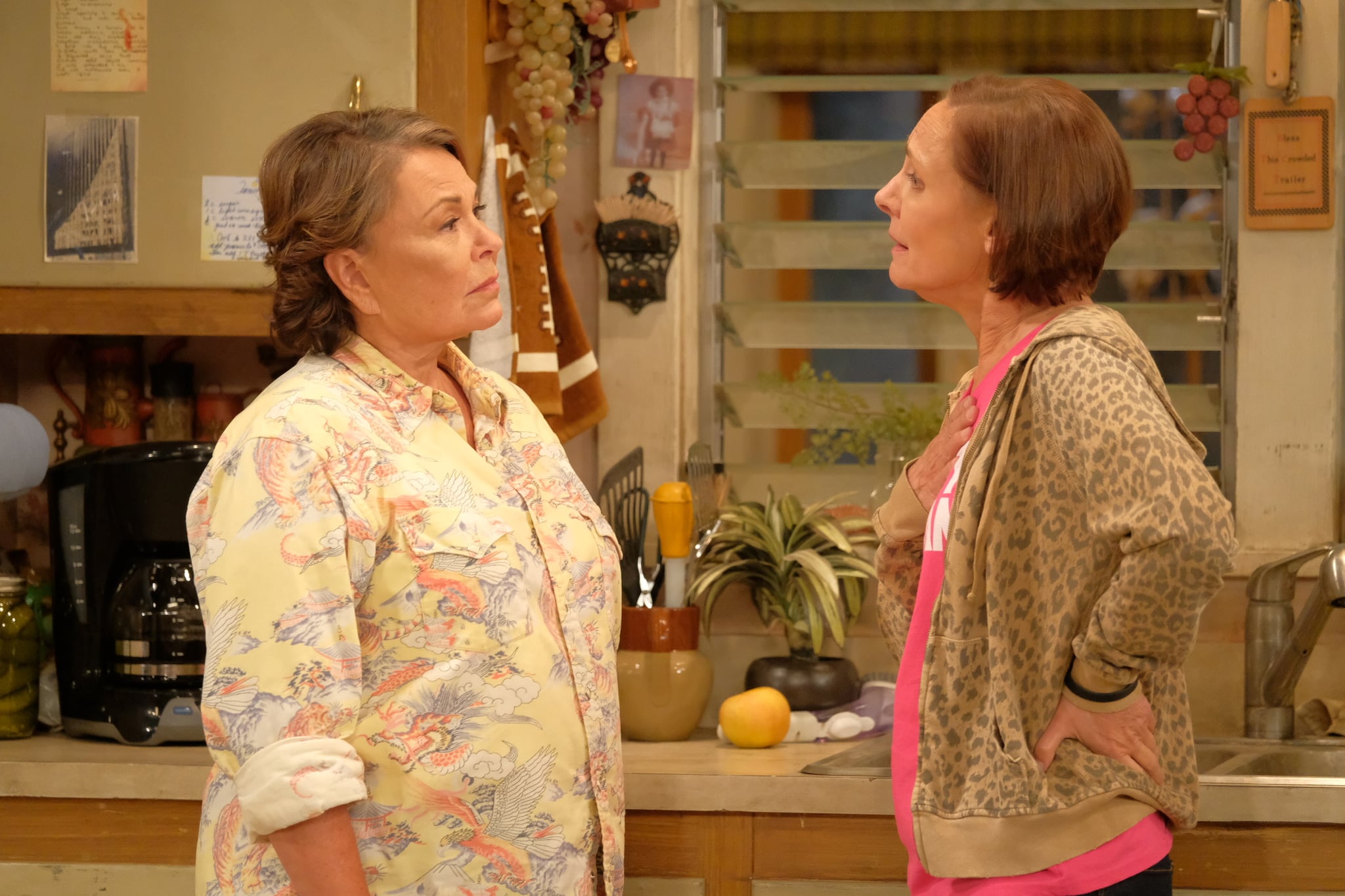 Come March 27, the Roseanne reboot will premiere on ABC, and it will feature a 9-year-old boy who "dresses as a girl" (as executive producer Sara Gilbert phrases it). Mark (played by Ames McNamara) is Darlene's son and Roseanne's grandson. According to Entertainment Weekly's initial report, "it would be wrong to assume the 9-year-old character is transitioning or is gay." While the first photos of the reboot don't offer a glimpse of the character, we do have a bit of insight into his role and how he'll play into the show as a whole.

In the interview, Gilbert elaborates on the nature of the character, who is new to the cast. "He's a little boy. He's based on a few kids in my life that are boys who dress in more traditionally feminine clothing," she explained. "He's too young to be gay, and he doesn't identify as transgender, but he just likes wearing that kind of clothing and that's where he is at this point in his life." While it may be tempting to label Mark with a specific sexuality or gender identity, I'd argue that this is the stronger choice, and it teaches both parents and kids an incredible lesson about self-exploration.

Related:
The Official Trailers For Roseanne Proves That Nothing Has Changed in the Past 20 Years

In this context, the Roseanne reboot has created space for a little boy who is figuring himself out. Mark may one day realize he is actually transgender. He may, later on, realize he is attracted to individuals of the same gender. But at this point, it's equally possible that he might continue to identify as male and realize he's heterosexual. To have him in a time in his life when he's trying to express himself outside of these labels speaks volumes. It tells other young viewers that they don't need to have all the answers and shouldn't rush to jump in a box. Instead, they should feel free to take their time and figure themselves out.

Gilbert said Mark's decision to wear "girl's clothing" is just "one element of the character . . . I don't want to pigeonhole him and say just because he dresses this way that's the only thing about him. He happens to dress that way but he's an amazing, creative, brilliant kid, which you will see." We are in a time where gender is more fluid than ever. In fact, I think part of the point of Mark's character is to rebel against the concept of gendered objects in the first place.

Related:
See How Much the Cast of Roseanne Has Changed Since the Sitcom's Original Run

Why are Mark's clothes "girl's clothes" and not just clothes? I don't mean to suggest Gilbert is wrong to label them this way, because I think viewers will be tempted to do the same. I think Mark will challenge our perspective. Why do we apply this label to these clothes? And couldn't this logic extend into gendered toys, names, and even colors? Mark's way of expressing himself marks a new way to parent: without gender bias. It's something we haven't seen nearly enough yet, though documentaries like 2017's Raised Without Gender have certainly begun to scratch the surface. That's why having a character like Mark on such a nostalgic show, with a loyal following, on a huge network like ABC, is a really big deal.

STARZ
Hungry For More Power? You're in Luck, a Third Season of the Ghost Spinoff Is on the Way
by Njera Perkins 3 hours ago

TV
No Surprise, The Sex Lives of College Girls Is Coming Back For a Second Season
by Njera Perkins 5 hours ago

Tom Holland
Tom Holland Roasts Brother After His "Brutal" Fight Scene in Spider-Man: No Way Home Was Cut
by Naledi Ushe 8 hours ago