Let it be known that I really hate dieting. I am just not a happy person when I have to restrict myself from certain foods. A few years ago, I tried going vegan for a couple of months and don't remember feeling much different — just hangry a lot. Then after that I went two years (yes, two years) with barely having any added sugars — no cupcakes, no chocolate, no donuts. I wasn't a happy camper.

However, when I recently learned more about intermittent fasting, I became intrigued. A diet that wasn't necessarily about what you eat, but instead when you eat it? Count me in!

Intermittent fasting, in simpler terms, is the alternating between fasting and eating. The most common intermittent fasting schedule is known as 16:8, which means you fast for 16 hours of the day and eat within an eight-hour window. Although 16 hours may seem like a long time, many of these hours can coincide with your sleep schedule — meaning that it is usually just a matter of waiting to eat breakfast a bit later and having your last meal of the day a bit earlier. So for example, if you have breakfast at 10 a.m., then your last meal should be by 6 p.m. If your first meal is at noon, then your last should be before 8 p.m.

Related:
Making This 1 Change to My Diet Helped Me Quickly Lose Belly Fat

You also are allowed to drink water and other fluids during the fasting period. Many people enjoy intermittent fasting because, according to studies, it is said to help with everything from weight loss to improved overall health. It is also fairly easy to do and doesn't come with that same restricting feeling some other diets may have (I am looking at you, no-sugar diet!). For one week I decided to try out intermittent fasting. Here is what I ate and how I felt along the way: 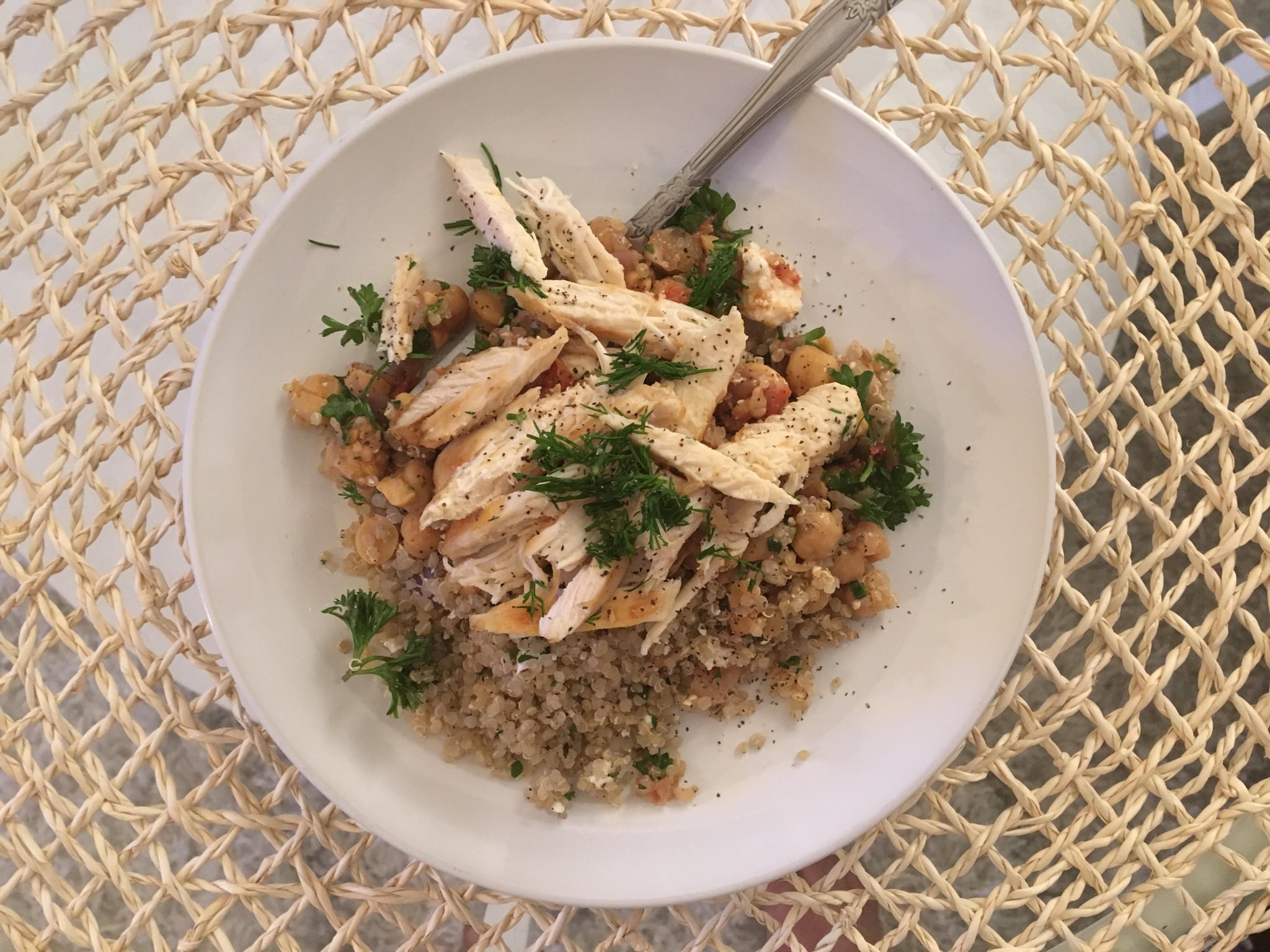 Today was my first day working at my new coworking space and also my first day of intermittent fasting. I strangely wasn't too affected when 8 a.m. rolled around and I still hadn't had my breakfast. I think the excitement of going to my new space was overshadowing any hunger I may have been feeling.

When 10 p.m. rolled around, I started getting antsy. Usually around this time I would have another snack, but I told myself that I shouldn't. I ended up doing a POPSUGAR workout, and by the time I was done, I felt accomplished and not hungry anymore. I took a shower and went to bed. 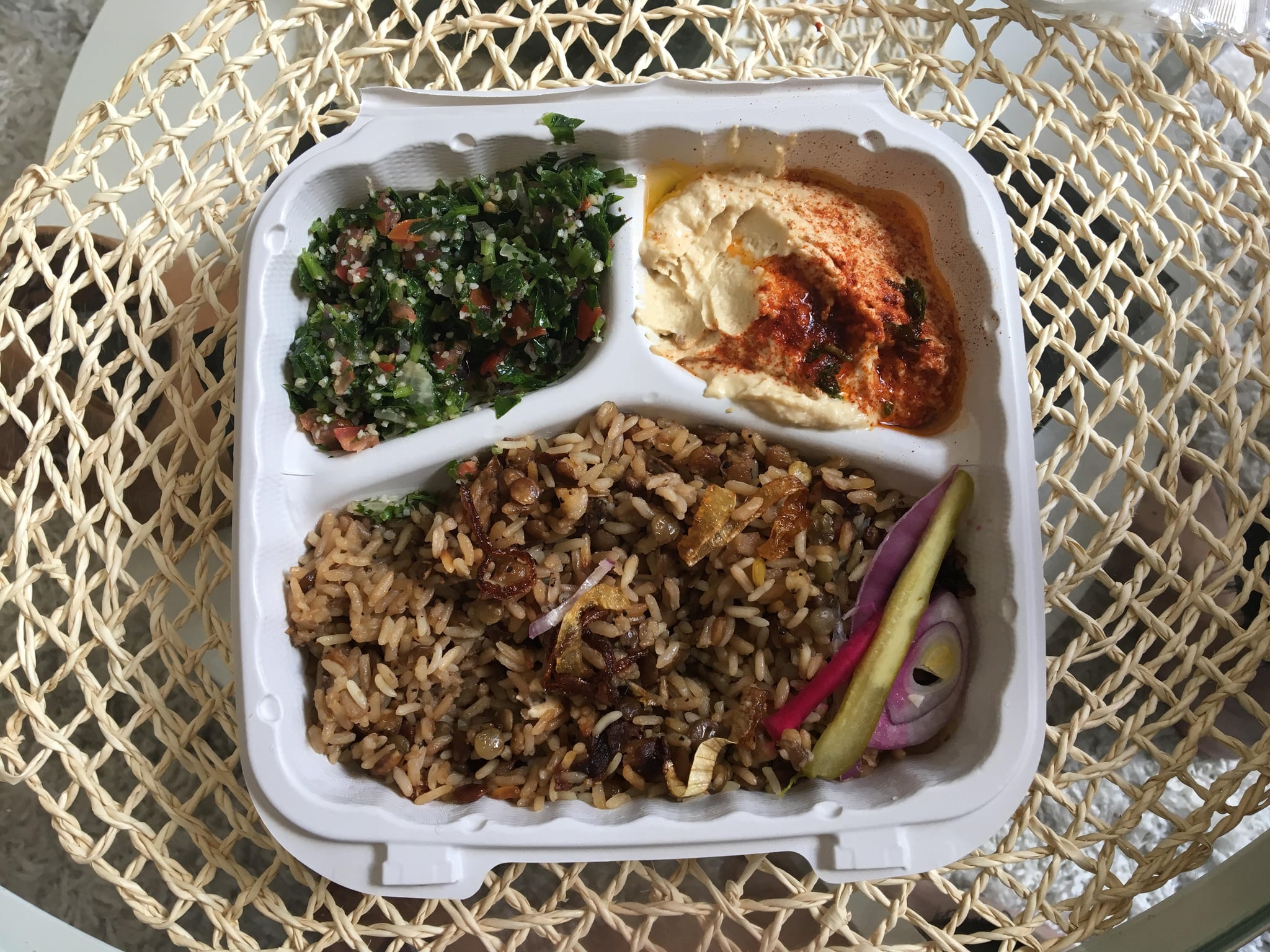 Related:
5 Simple Intermittent Fasting Rules I Followed to Lose Weight and Feel Better Than Ever

I woke up super hungry — hangry, even. I don't know if it was because I had an early dinner or because I used up all of my energy the day earlier at the Reformation sample sale, but I felt incredibly hungry. I took my mind off of food by answering some emails. However, I did notice that I wasn't bloated at all and I felt less sluggish overall. I had a moment of feeling accomplished and proud of myself that I was able to fast.

At 9 p.m., I fed my two cats their nightly serving of their meal kit delivery, NomNomNow, and the food smelled so good that it tempted me to open my fridge and heat up leftovers. But I stayed strong and instead read a book.

I sometimes wake up in the morning feeling bloated and full, but today I noticed that I felt good and wasn't even that hungry. I think I was getting used to my new eating routine.

Towards later in the evening I distracted myself from thinking about the Hippeas in the cabinet by doing another POPSUGAR workout.

Related:
After Years of Working Out, Here's How I Finally Shrank My Belly Fat 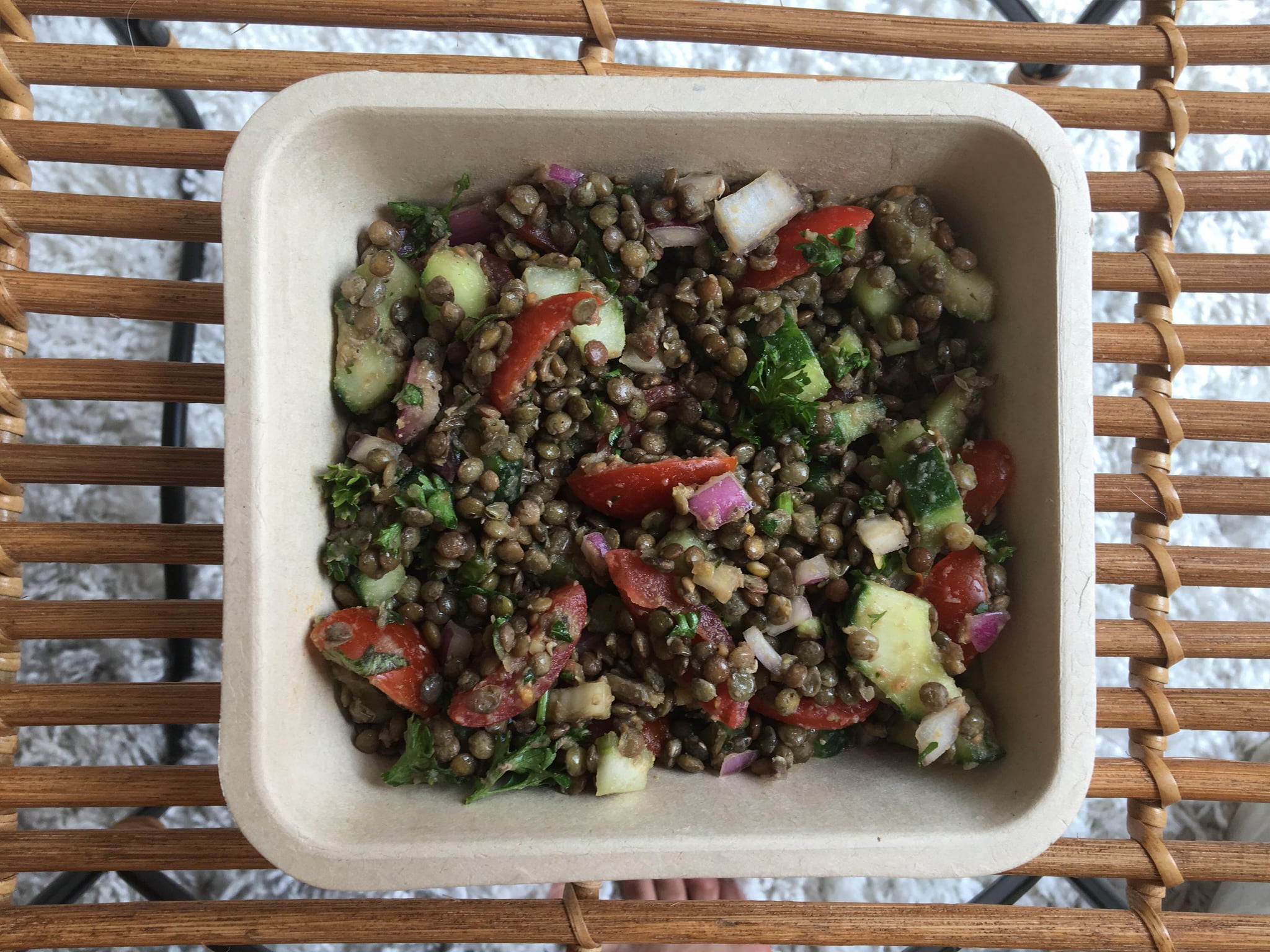 Related:
The 4 Changes I Made in My Life This Year to Lose Weight — and Keep It Off

It was a beautiful day for a walk, so I ended up walking over eight miles around different neighborhoods, stopping for little bites to eat along the way. I don't know if it was because of the great weather or the fact I have gotten my eating in check, but I was in a really great mood.

Overall, I noticed that intermittent fasting helped me with bloating and that general "full" feeling I would either wake up or go to bed with. I am not sure if it is related, but I noticed that my sleep was improved during the week as well. The funny thing about intermittent fasting, for me, was that it caused me to become much more aware of the food I put into my body. Even though intermittent fasting is focused more on when you eat something as opposed to what that something is, it made me want to choose healthier options and caused me to keep snacking to a minimum since there was less time to do so.

However, I can see intermittent fasting being a little tricky for those days your friends want to meet you for a late dinner, or those workdays when you are just so busy that time gets away from you and your not able to stick to your eating schedule. All in all, I think this might be something I periodically do!