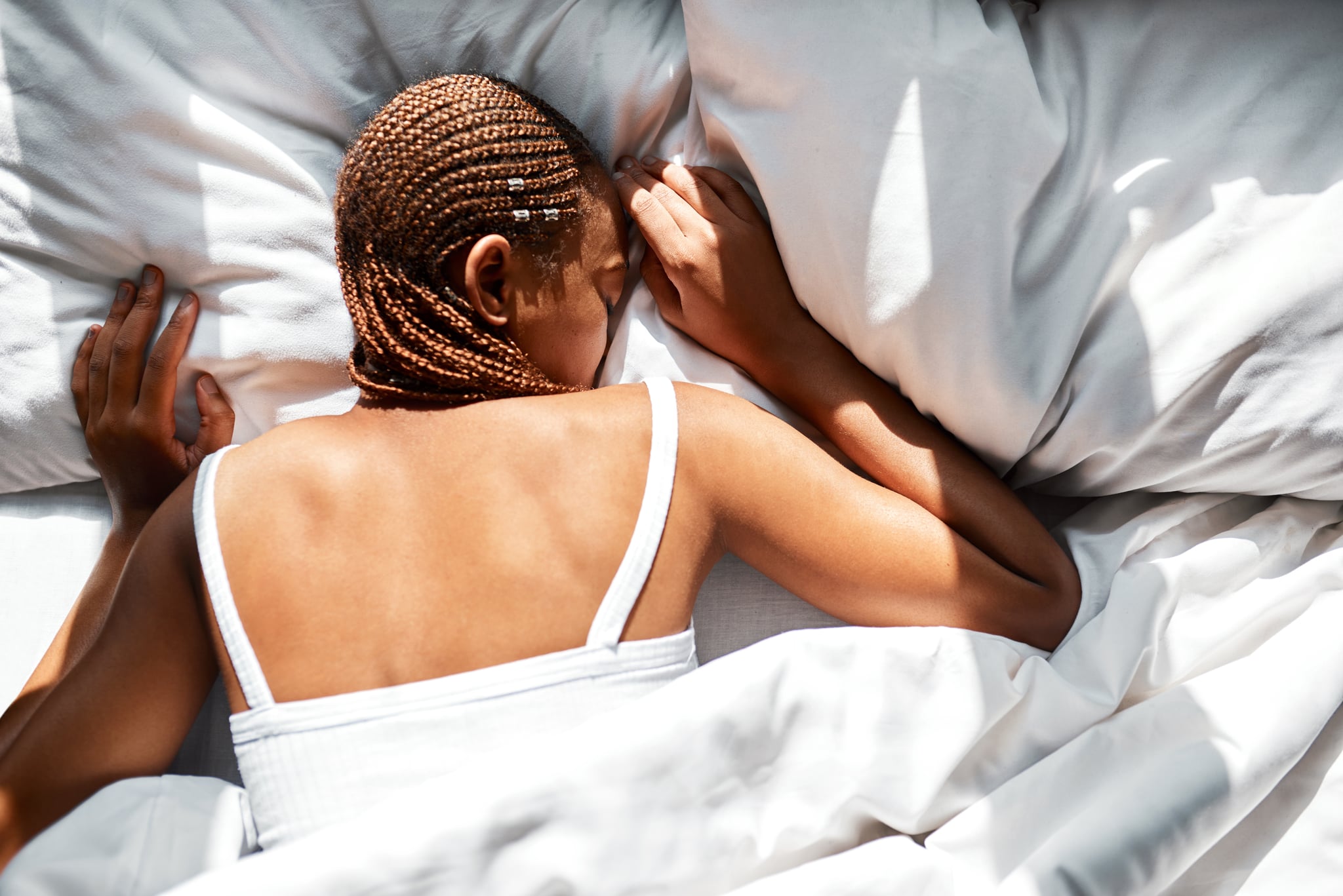 Since the beginning of the coronavirus pandemic, it's felt as though Black people have been holding our breath, and it feels as if our collective mourning will never end. We're navigating two pandemics at once, both of which directly impact our livelihood, and they're taking a toll on our well-being.

Some of us have lost our appetites due to stress and anxiety. We're masking our emotions in work environments where people don't seem to care or empathize with what it's like to exist in a country, a system, that wasn't created for us to thrive. We're struggling to sleep. And most of us are still haunted and unable to digest and comprehend the shooting of Ahmaud Arbery, the knee on George Floyd's neck which killed him, and the lack of justice for Breonna Taylor, whose home was raided in the middle of the night while she slept, fatally ending her blossoming life.

The pandemic has further highlighted the health inequities that exist, with one such health disparity impacting Black and brown people in the US being sleep. "We consistently found that Black or African American, Hispanic, Latino, Asian, Native Hawaiian, or Pacific Islanders all had worse sleep than non-Hispanic whites," Dayna Johnson, PhD, MPH, MSW, an assistant professor in the department of epidemiology at Emory University, told POPSUGAR.

By worse sleep, Dr. Johnson explained that these groups all experienced shorter sleep duration, and for some, the difference was over an hour, "which means that racial minorities are sleeping less on average than non-Hispanic white individuals." Their research also found that these groups had worse sleep quality, such as spending more time awake when they should be asleep and experiencing more interruptions during the sleep period. Dr. Johnson and her colleagues also analyzed sleep apnea and insomnia, common sleep disorders, and found that "When it comes to these conditions, we see that racial minorities tend to have a higher prevalence."

Sleep apnea is more common among racial minorities, and it also tends to be more severe, especially among African Americans than among white individuals, she said. The literature is mixed as to how common insomnia is among the different groups, but according to Dr. Johnson, among African Americans, "We see that it takes longer to fall asleep, and we also see more awakening at night. So objectively, we do see more insomnia symptoms."

Why Do Black People and People of Color Experience Sleep Disparities?

There are several reasons Black people and people of color have worse sleep than non-Hispanic whites, according to Dr. Johnson. One reason is connected to what these groups have been experiencing for decades and currently, which is "a result of racism," she explained.

Another factor that contributes to poor sleep is stress. This can be manifested in many ways, with one main way being discrimination. According to the American Psychological Association, "Racial trauma, a form of race-based stress, refers to People of Color and Indigenous individuals' reactions to dangerous events and real or perceived experiences of racial discrimination." These vicarious experiences of discrimination affect these groups just as much as if they had happened to them, "and that can cause being in a state of vigilance, it can cause anxiety which affects our sleep," Dr. Johnson explained.

Policy-oriented variables such as social status also affect people's sleep, Dr. Johnson explained. An example of this is the low minimum wage, which her work has shown affects both the sleep of children and adults. Someone who has to work multiple jobs to feed and shelter their family is less likely to institute consistent bed times for their children. "The whole point of this is the social patterning of it," Dr. Johnson said.

"It's the fact that we have this low wage, that some people that may not have been able to pursue a higher education and are working multiple jobs and thus have these inconsistent work schedules . . . So then we see that the kids tend to have more disturbed sleep." Early school times and long commutes to get to school also impact children's sleep. "And so all of those factors contribute to the reasons why we're seeing a difference in sleep between racial minorities and non-Hispanic whites," according to Dr. Johnson.

How to Improve Sleep Disparities in Black and Brown Populations

There are numerous variables that negatively impact the sleep of Black and brown people, but, "There's several places where we can intervene to improve sleep for the people that are most affected by poor sleep," according to Dr. Johnson. On a policy level, she said that increasing income can help. "We know that income is associated with better health, period. So that can have residual effects for sleep and other [disparities]."

She did note that educated Black individuals tend to have worse sleep than uneducated or lower educated Black individuals. According to Dr. Johnson, this could be due to many things, for example, being in an environment where they're typically the minority, which creates opportunity for more experiences of discrimination. This can also relate to feelings of having to work harder, she said. One solution is to create more diverse work environments where there isn't only one or two non-white people. "That starts to create an environment that is more welcoming and creates an environment of social support which helps our sleep," she explained.

"Attacking racism and condemning things like white supremacy are important and would undoubtedly lead to better health outcomes, better sleep."

"But in thinking about factors that may potentially affect racial minorities, as well as those of lower SES (socioeconomic status), of course, attacking racism and condemning things like white supremacy are important and would undoubtedly lead to better health outcomes, better sleep." This can be done by actively working toward being antiracist, facilitating and attending antiracism trainings, and combatting racial stereotypes. An actionable thing that can be done in addition to larger policies to help sleep disparities for children is delaying school start times. "That's something that we have seen some counties be able to do, and we see improved sleep for people, and that's really regardless of race."

As it pertains to structural barriers that impact sleep at the neighborhood level, Dr. Johnson said, "Having policies and regulations with industrial plants that may be in some of these neighborhoods to ensure that they are following the right laws according to [the] EPA (Environmental Protection Agency) to make sure they're not emitting pollutants into the environment" can help improve sleep disparities.

Additionally, finding ways to reduce stress, clear your mind, and relax before sleep is important, Dr. Johnson said. For those who live in areas with inopportune light or noise, investing in things like blackout curtains, wearing an eye mask to block out light, or utilizing apps for relaxation before bed can help.

Following sleep hygiene recommendations such as creating a wind-down routine, keeping your room cool, avoiding caffeine consumption in the afternoon and at night, and limiting your alcohol intake in the evening can all help improve your sleep. Dr. Johnson also said ensuring people of color get proper screenings and diagnoses from their primary care doctors will allow them to get the treatment they need based on their sleep issue. "There's still a way to handle all of this while we're still residing in a racist world," Dr. Johnson assured.

Health
Can Stress Cause Your Period to Come Early? Surprisingly, Yes
by Emily Weaver 6 days ago