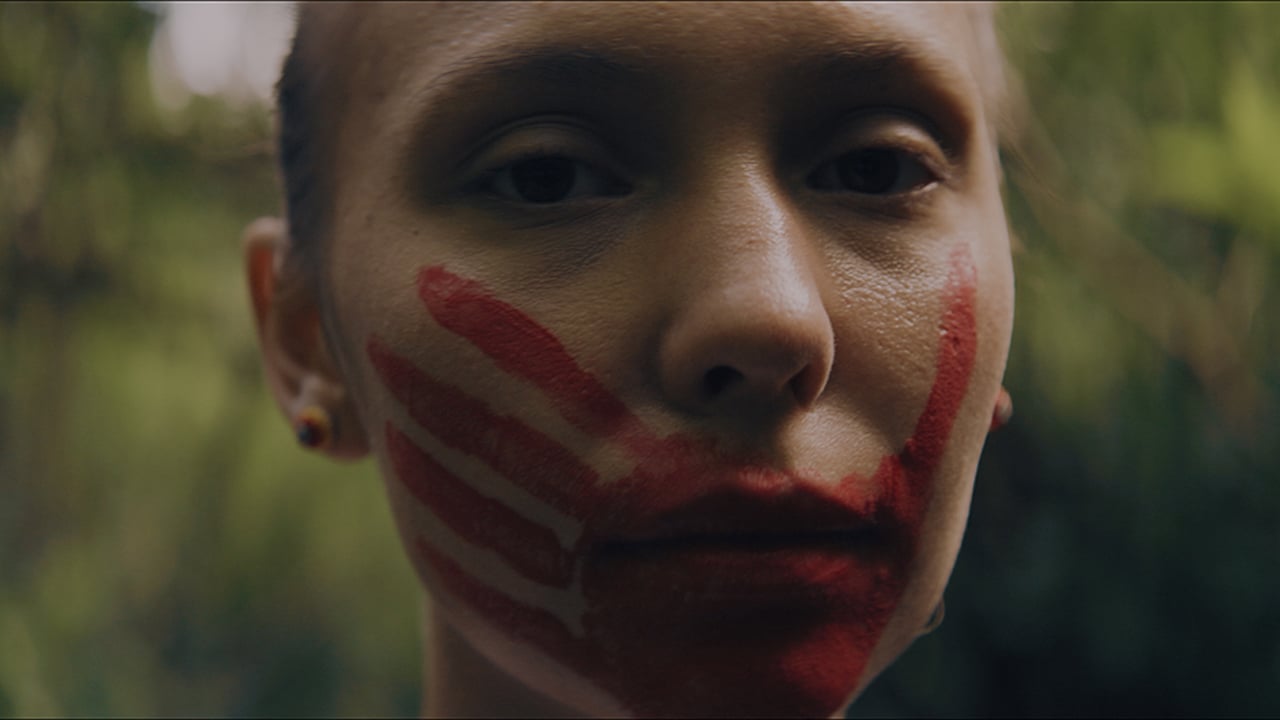 Rosalie Fish was called to action when runner Jordan Marie Brings Three White Horses Daniel raced the 2019 Boston Marathon with a deep-red handprint covering her mouth. Daniel's display of solidarity and advocacy signified the Missing and Murdered Indigenous Women (MMIW) epidemic and the systemic erasure Indigenous women face. "To see her being unapologetically Native in her career as a runner, and to even be uplifting and bringing awareness to an issue that greatly impacts our communities . . . it made me feel like I could be powerful the way that she was," Fish told POPSUGAR.

Fish, a member of Washington's Cowlitz tribe who grew up on the Muckleshoot reservation in Auburn, reached out to Daniel — of Kul Wicasa Oyate, the Lower Brule Sioux tribe — asking permission to do a similar demonstration at her 2019 high school state championship meet. A senior at Muckleshoot Tribal School at the time and the only student on its track team when she started, Fish remembers needing to walk out of the bathroom with her sister ahead of the competition because of how "heavy" wearing this paint seemed. She already felt out of place during meets, she said, so to take the track adorning the red handprint was intimidating.

At the meet, Fish dedicated each race to a missing or murdered Indigenous woman in her community, one of whom was her aunt: Alice Ida Looney, who went missing in 2004. Looney's remains were found the following year.

Over time, Fish says racing for missing and murdered Indigenous women became a form of empowerment — and she feels more comfortable and confident running with the red handprint now — but that the burden of bringing attention to such a dire epidemic that directly impacts her, was a shock in the beginning. She herself is a survivor of violence, and she was diagnosed with PTSD upon starting therapy this past fall. By age 14, Fish also experienced severe depression and attempted to take her own life, which she discusses in a summer feature for The Ringer.

Related:
Breaking the Gender Binary: How This Indigenous Designer Expresses His Two-Spirit Identity

In a video for Brooks Running's "Who Is a Runner?" series, seen ahead, Fish states that she watched community members disappear growing up. "Running for missing and murdered Indigenous women . . . it is a means of survival," she says. Every demonstration takes planning — a couple of weeks at minimum. "Very rarely do I decide within a few days simply because I really want to make sure that I'm making it as impactful as possible, that I'm reaching out to families beforehand if I need to," Fish explained to POPSUGAR. "And that I'm coming with any kind of supporting educational material that I might need."

"We absolutely deserve to have a seat at these kinds of tables. We deserve the opportunities to follow our dreams, and we become extremely powerful and impactful when we inspire others."

Fish brought these demonstrations with her to Iowa Central Community College. For instance, she ran with a red handprint, as well as "MMIW" written down one leg, when she and her team won the 2019 National Junior College Athletic Association (NJCAA) Division I championship title in cross country and also during her fifth-place finish at the 2020 NJCAA Women's Half Marathon Championship. She wrote on Instagram that, at the latter, she competed in honor of 13 "Missing and Murdered Indigenous Relatives" — one for every mile of the half marathon.

This time last year, Fish signed a national letter of intent to run track and field and cross country at the University of Washington. She started her junior year there for the fall 2021 semester, meaning she is now part of the less than 1 percent of Indigenous student-athletes in the NCAA. "We absolutely deserve to have a seat at these kinds of tables. We deserve the opportunities to follow our dreams, and we become extremely powerful and impactful when we inspire others," she said of Indigenous youth.

Fish said University of Washington's director of track and field and cross country, Maurica Powell, was very receptive to Fish's activism, as were the staff and her teammates — and she's grateful for the support she's received. When asked about her plans to demonstrate during the 2022 indoor and outdoor track seasons, Fish said it'll depend on timing and how often she's competing. "In general, I do try to be very intentional with when and where I compete with paint," she noted. "And if I am to compete somewhere, I really try to connect it to the actual environment and the land."

Research funded by the US Department of Justice and written in 2008 states that "American Indian and Alaska Native women" are murdered at a rate over 10 times the national average in some counties. The National Congress of American Indians reports that based on National Institute of Justice research, more than four out of five American Indian and Alaska Native women have experienced a form of violence in their lifetime — more than half experience sexual violence specifically. The MMIW epidemic disproportionally affects Indigenous people in the US and Canada, and violence against two-spirit people — those who, as Indian Country Today described, "have both a male and female spirit within them" — is a notable problem as well. The Center For Relationship Abuse Awareness cites US data from 2004, stating: "Gender based violence, including sexual assault and physical violence, is committed against 78% to 85% of Indigenous Two Spirit individuals."

Fish believes change needs to happen on three levels: individual, communal, and legislative. She said it's underestimated how big of an impact an individual can make by simply interrupting racist stereotypes and microaggressions that they witness, voicing opinions against Native mascots, and "speaking to amplify Indigenous people's voices when we're not there." On the community level, it's helping to create resources and aid for Indigenous people in crisis. "Oftentimes, I can imagine how differently things would've gone in a missing or murdered Indigenous woman case had a social worker been there to help the family report to the police," she stated as an example. "Because oftentimes families are having problems reporting to police, and it's not being taken seriously; it's being met with prejudice."

While tribal courts can prosecute non-Indigenous offenders for dating and domestic violence as well as violations of protection orders on tribal lands — thanks to the Special Domestic Violence Criminal Jurisdictions (SDVCJ) provision created by the Violence Against Women Reauthorization Act of 2013 — it has proven difficult for many tribes to meet the requirements to use this power. You can read more about this in The Conversation's article about the Violence Against Women Act (VAWA) and the history of its past reauthorizations. Also, the SDVCJ doesn't cover sexual assault, stalking, or trafficking, meaning tribal courts cannot prosecute non-Indigenous offenders for these crimes against Indigenous women on Native lands. This is especially troublesome given that the vast majority of sexual violence that these women face is at the hands of non-Natives. And, Fish explained that it "creates a huge barrier and honestly gives a loophole for non-Native offenders who are targeting Indigenous women."

Related:
12 Wellness Platforms Created by Indigenous People You Should Be Following

On the legislative level, Fish pointed to further reauthorization of VAWA, which she explained would create safety nets, "not only for Indigenous women, but for intersectional women in general," should it successfully grant tribes jurisdictional sovereignty over a wider range of violence against Native women. Back in 2019, the House passed a reauthorization bill for the act, but it never got past the Senate. This March, the House passed VAWA 2021; it has yet to make it through the Senate. You can hear more about these barriers, particularly for Indigenous women living in urban areas, in Fish's 2020 speech from TEDxYouth@Seattle.

The Future For Rosalie Fish

"One thing I've had to learn the hard way is I cannot successfully advocate for social change if I am not taking care of myself first."

Fish shared that she's been working on validating her trauma — understanding that it's real. "And one thing I've had to learn the hard way is I cannot successfully advocate for social change if I am not taking care of myself first." She continued, "When it comes to being an advocate for social change, and especially in an intersectional identity like an Indigenous woman, your own personal mental health is non-negotiable."

Fish is pursuing a degree in social work, and she said that she's one of the few Indigenous people in her program. She often utilizes that social-work-in-training perspective for her advocacy work, and her main goal as of now is to elevate her activism to the Division-I level. "At this point, there's no way that I could ever separate my running and my identity as an Indigenous person," Fish declared in the Brooks video. "And to me, that's a type of pride that really lifts me up from the heart." 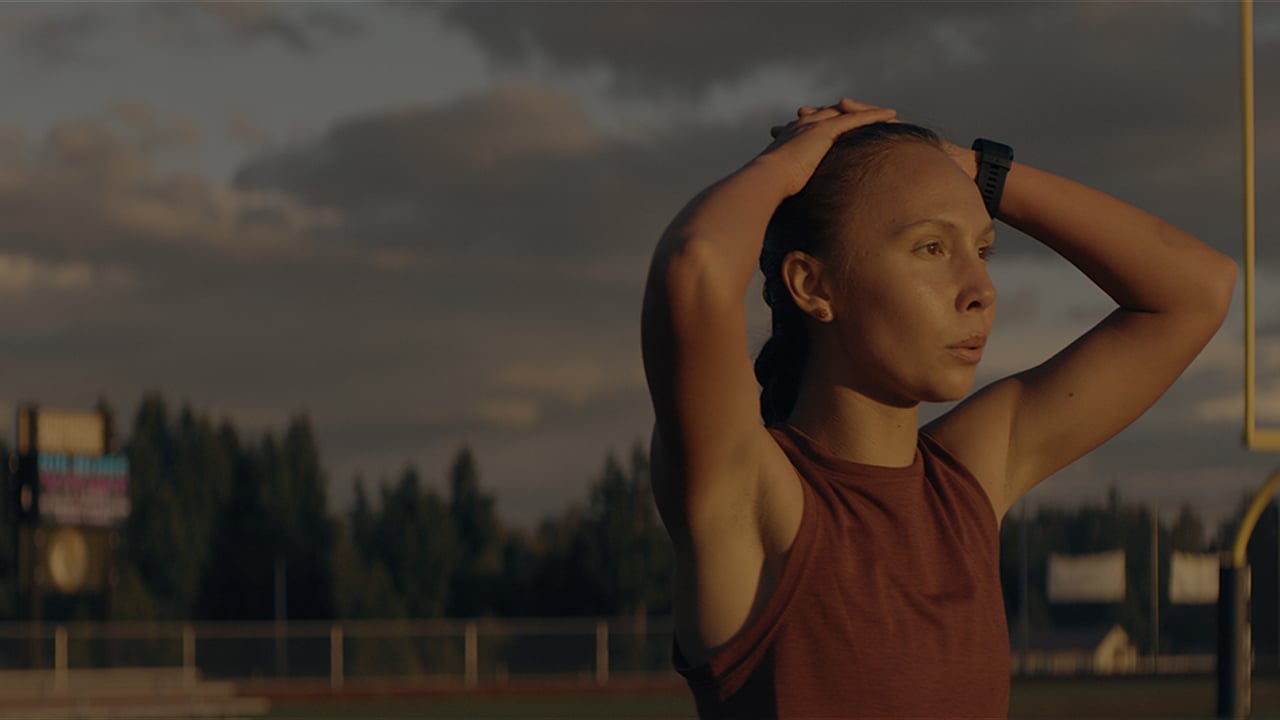 If you or a loved one are experiencing suicidal ideation or are at risk, the National Suicide Prevention Lifeline has several resources and a 24/7 lifeline at 1-800-273-8255. The Anxiety and Depression Association of America and the National Alliance on Mental Illness (1-800-950-6264) have resources available as well.

by Joely Chilcott 35 minutes ago