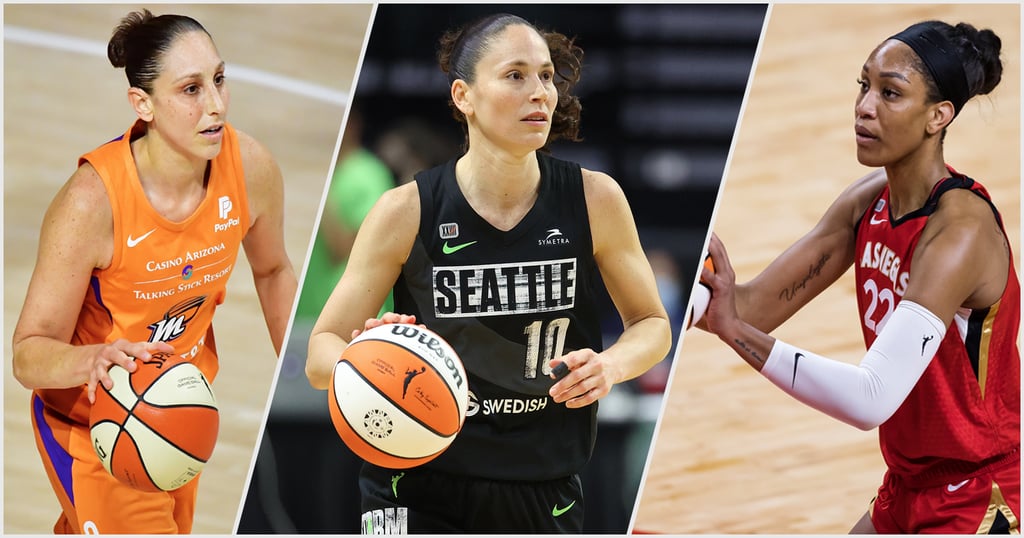 The US Olympic women's basketball team has officially been named ahead of the Tokyo Games this summer. In a Monday-morning Today show appearance, legendary coach Dawn Staley, along with legends in their own right Sue Bird and Diana Taurasi, announced the 12-person roster. The talented group is packed with veteran players and Olympic newbies alike, and they will be aiming to win the country's seventh consecutive — and ninth overall — gold medal.

"I know you show a roster full of 12 players, there are a lot of players that aren't on this list that have helped us," Staley noted after the announcement, adding that you need a "great mix" of athletes. She stated that combining now-five-time Olympians Bird and Taurasi and other experienced players (two-time Olympian Tina Charles and 2016 Olympians Breanna Stewart and Brittney Griner, for instance) with youthful athletes is essential. "We don't want to be the team that ends that streak of gold-medal winnings," Staley said.

Ahead, check out more about each player on the US Olympic women's basketball team just weeks before they fly overseas to go — and go hard — for gold.