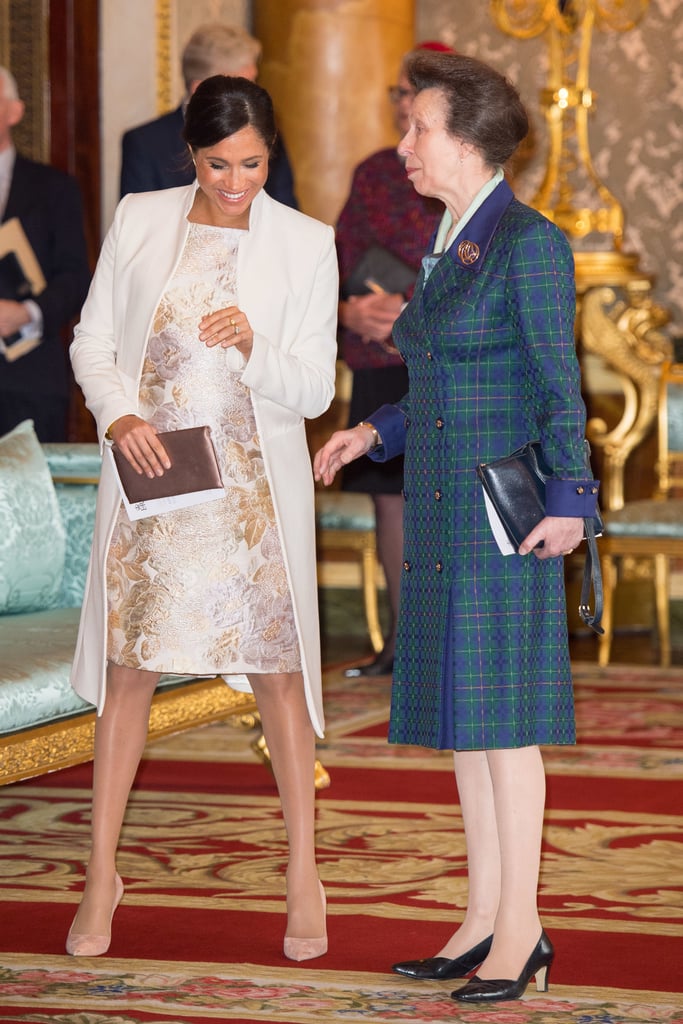 It's been almost a year since Meghan Markle married Prince Harry and became a royal, and from the looks of it, the royal family has welcomed her with open arms. While the Duchess of Sussex has forged relationships with Queen Elizabeth II, Kate Middleton, Prince William, and Prince Charles, I'm especially intrigued by her friendship with Harry's aunt, Princess Anne. The two are often seen chatting and laughing together during royal engagements, and I'd just love to know what they're always talking about. The weather? Their favorite books? Or maybe Anne is just really curious about Meghan's acting career?

It was actually reported that Meghan told Anne about her pregnancy at Princess Eugenie's wedding back in October 2018. The mom-to-be may be on maternity leave now, but she'll likely make an appearance at Trooping the Colour in June, which means we'll hopefully see more of this blossoming friendship in the months to come.