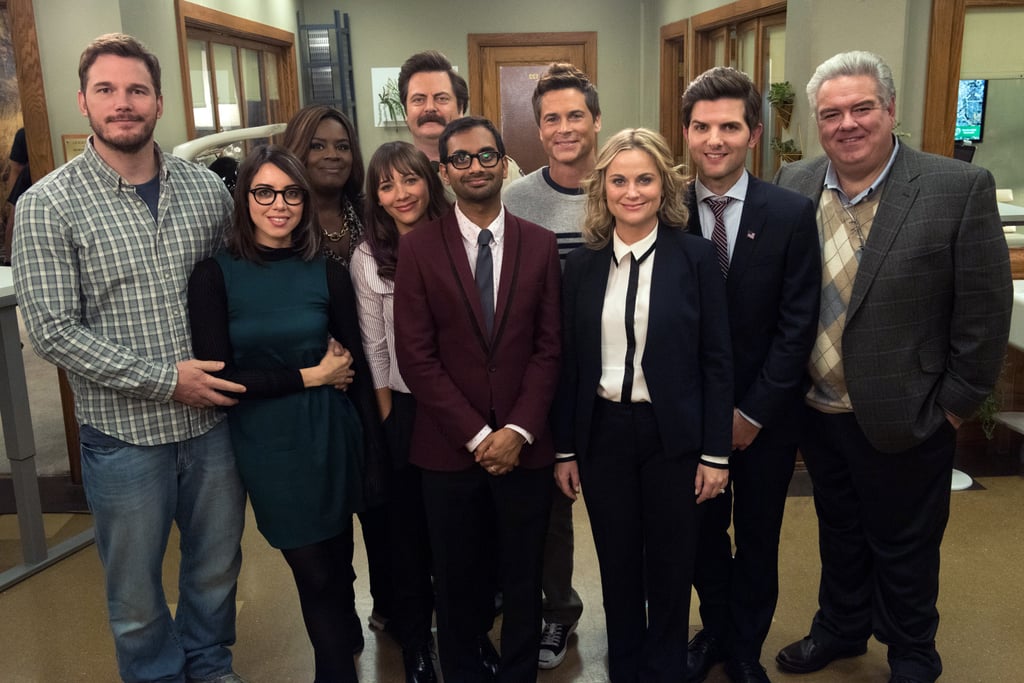 Life After Pawnee: See What Your Favorite Parks and Recreation Stars Are Up To!

Not only did Parks and Recreation give us one of the most badass female characters ever, but it also had one of the best ensemble casts in TV history. Rarely do we find a group of actors who are all hilarious enough in their own right that they can share the spotlight and shine together. We loved each character individually and as part of a whole, and that's thanks to the amazing stars.

That's why hardcore Parks and Rec fans, such as myself, will never let the show go, even though the emotional finale gave us the perfect amount of closure. While I won't be holding my breath for a reboot featuring Beyoncé, I do love a good stroll down memory lane. Keep reading to find out what the cast has been up to since the comedy aired its series finale in 2015.

I'll just be here, watching Parks and Rec on an endless loop until I forget it actually ended . . .

Related:
The Parks and Rec Cast Reunited, and Oh, How We've Missed These Beautiful Tropical Fish
Previous Next Start Slideshow
NostalgiaParks And RecreationTV

TV
Yes, All American Is Based on a True Story — But the Writers Made a Few Changes
by Hedy Phillips 1 hour ago

ABC
Queens: We Think We Might've Just Figured Out Who Jojo's Dad Is
by Monica Sisavat 6 hours ago

TV
We're Going to College! Here's Everything We Know About All American: Homecoming
by Naledi Ushe 7 hours ago