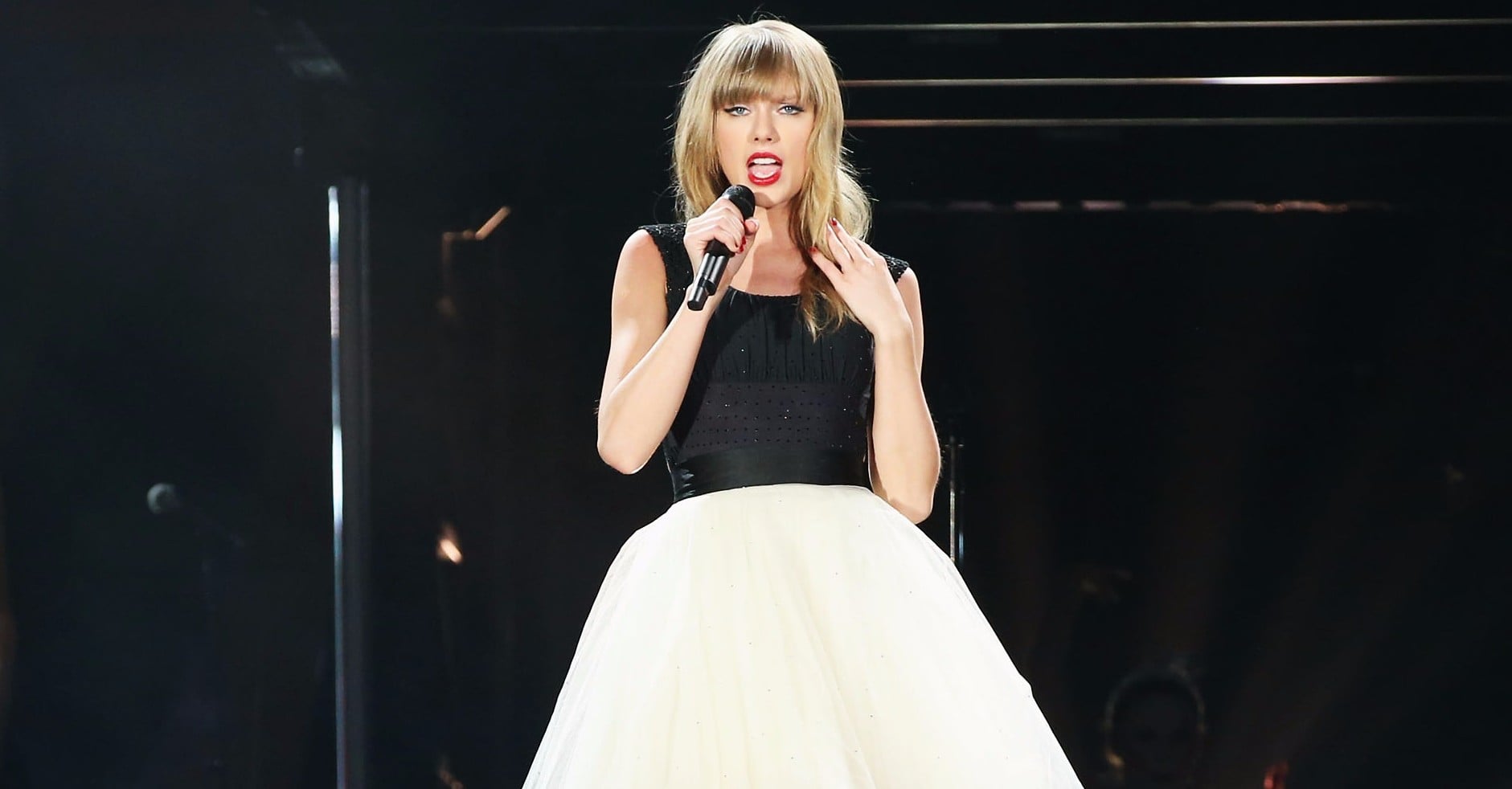 Taylor Swift doesn't pull any punches on her sixth album, Reputation. Although she set out to defend her name following the Kim Kardashian and Kanye West leaked phone call fiasco, the pop star also found herself singing quite a few songs about her new boyfriend, Joe Alwyn. While fans were busy speculating over which songs might be dedicated to other men in Taylor's life, we were taking note of how many songs the "Ready For It" singer dedicated to her new flame. Read on to see which songs offer a glimpse into Taylor and Joe's very private relationship.

While we originally thought this track was about her ex, Harry Styles, Swift seemed to make it clear that it's about her current boyfriend Joe Alwyn when she dropped hidden references to the actor in her music video. Not only did she include his name in Chinese characters on one of the walls in the video, but she also included a quote that reads, "I Love You in Secret," which seems like a nod to their private relationship.

Right off the bat, Swift sings about wanting to be with this guy forever. While the singer has been known to fall in love quickly, she has gone to great lengths to keep her relationship with Alwyn incredibly private. Perhaps her reason for taking things slow is because she wants this relationship to last.

This seems to be a tongue-in-cheek love song about Alwyn. Even though she admits she's been "breakin' hearts a long time, and toyin' with them older guys," she adds that something "happened for the first time" in "their darkest little paradise." Shortly after her publicized romances with Harris and Hiddleston ended and her reputation came crumbling down, Swift ran away with Alwyn to stay out of the public eye. Unlike her past romances, Swift seems to allude that this one is the real deal.

From the beginning of the song, Swift reveals that the relationship she is referencing began after her infamous feud with Kanye West as she sings, "My reputation's never been worse, so you must like me for me." She also talks about the guy wearing "dark jeans and Nikes" and getting lost in that "color blue." On one occasion when the pair was leaving her apartment in NYC, they were spotted wearing matching Nike sneakers. Not to mention, Alwyn's eyes are a "gorgeous" shade of blue.

While there aren't too many telling lyrics in this track, she does talk about wearing this guy "like a necklace." In her song, "Call It What You Want," which is also rumored to be about Alwyn, she talks about wanting to wear his initial on a chain around her neck. Her lyrics about all their pieces falling right into place could signal how she found love during one of her darkest hours.

The flirty lyrics of this track are all about Swift falling for a new guy while she's already dating somebody else. While many fans initially assumed the song was about ex Hiddleston, those who attended her private listening sessions say its about Alwyn, which would make sense given that Swift first met Alwyn at the 2016 Met Gala when she was dating Harris.

Not only does Swift make a reference to the song title in her ". . . Ready For It?" music video, which has tons of hidden references to Alwyn, but she also talks about how "all the boys and their expensive cars with their Range Rovers and their Jaguars" never took her quite where he does. According to fans on Genius, Harris drove a Range Rover and Hiddleston drove a Jaguar. She also talks about wanting to keep this love a secret for as long as she can, as she and Alwyn did for the beginning of their relationship. 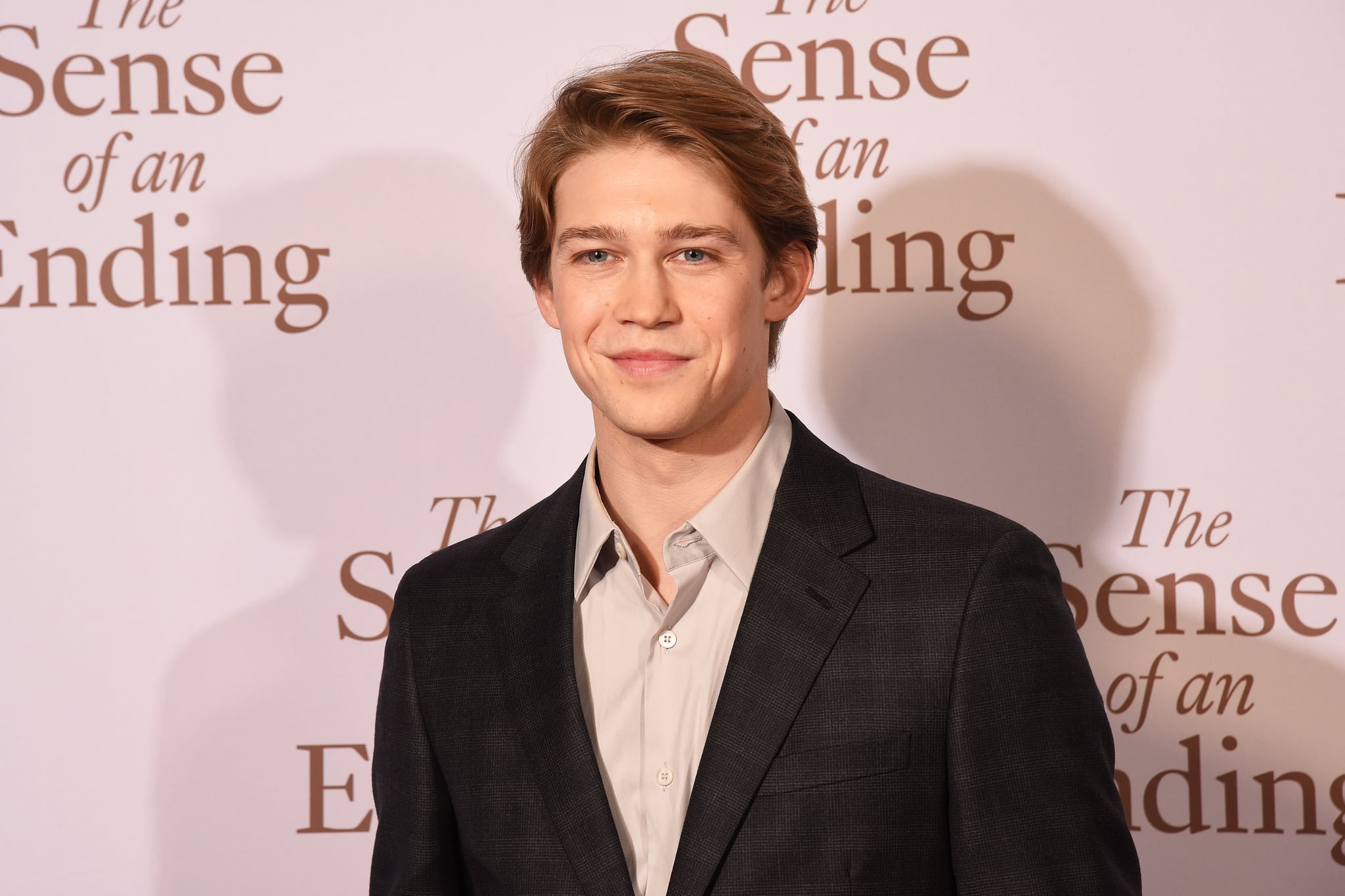 Even though some fans thought the track was about her pal Ed Sheeran with lyrics like "there is an indentation in the shape of you," there is one telling line that makes us think it's about Alwyn. She adds that when they first met he had a buzz cut and she had bleached hair, which was sometime around May 2016, when they reportedly met.

Even though Swift has been extremely private when it comes to her relationship with Alwyn, she gives a closer look at their romance on this track. The most revealing lyric is when Swift sings, "I recall late November, holdin' my breath / Slowly I said, 'You don't need to save me / But would you run away with me?.'" The lyric appears to be a nod to when Swift attended the screening of Alwyn's film Billy Lynn's Long Halftime Walk in November 2016.

Not only does the song talk about wanting to stay with someone "forevermore," but the holiday also might hold special significance for the lovebirds. As Swift points out in her song, "Call It What You Want," she asked Alwyn to run away with her in November of 2016. Seeing that she didn't return to the spotlight until February for her DirecTV Now Super Bowl concert performance in Houston, it can be assumed that she spent the time in between then, aka December and January, hanging out with Alwyn.