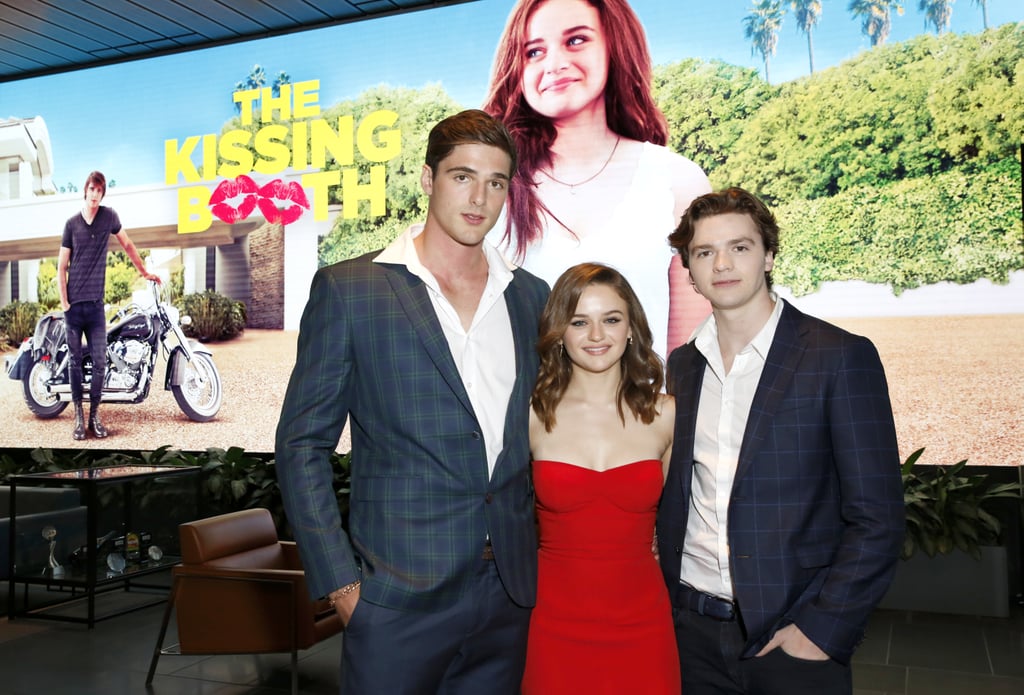 If you're like us, you've been anxiously waiting for the release of The Kissing Booth 3 since the premiere of the sequel! Slated to hit Netflix in 2021, the movie will be centered on best friends Elle Evans (Joey King) and Lee Flynn (Joel Courtney) and their epic summer leading up to freshman year of college. However, Elle has a big life-changing decision to make: follow her original plan to go to Berkeley with Lee or head off to Harvard to be with her boyfriend — who also happens to be Lee's brother — Noah (Jacob Elordi).

The Kissing Booth 3 is gearing up to be a drama-filled flick, and fortunately for us, we don't have to say goodbye to any of our favorite characters, either. The original cast, as well as a few others from The Kissing Booth 2, have been confirmed for the third movie. Watch The Kissing Booth 3's trailer, and catch up on each character's storyline ahead!