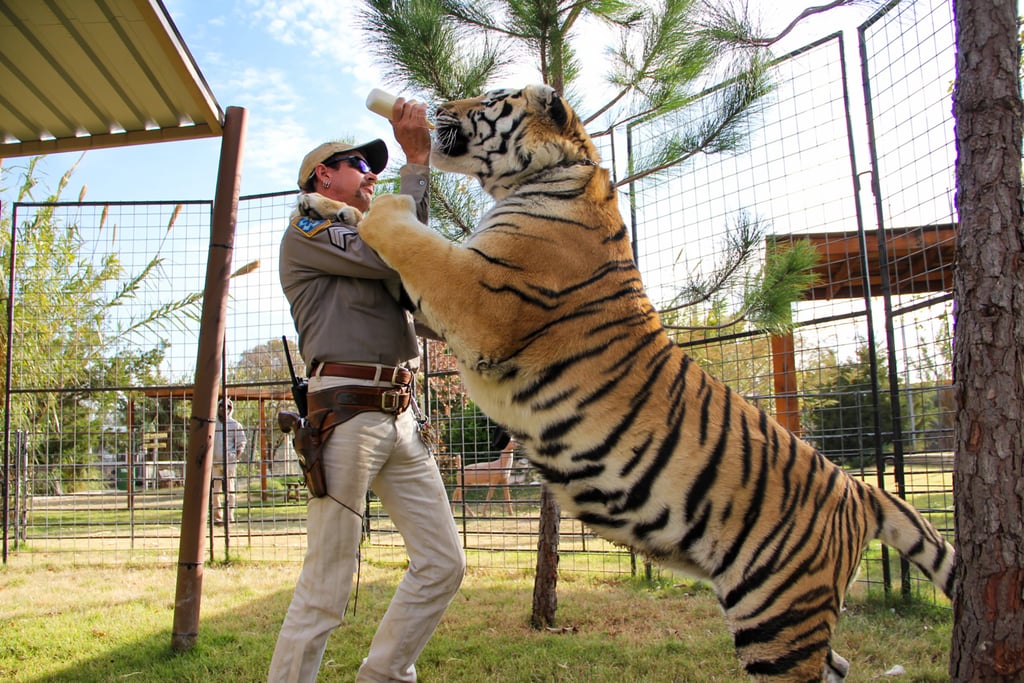 Ever since Tiger King: Murder, Mayhem, and Madness dropped on Netflix in March 2020, the internet hasn't stopped talking about Joe Exotic. Joseph Maldonado-Passage, better known as Joe Exotic, is an eccentric YouTube personality and the former operator of the Greater Wynnewood Exotic Animal Park in Wynnewood, OK, who, in 2019, was convicted on 17 federal charges of animal abuse, as well as two counts related to a murder-for-hire plot to kill his most outspoken critic, Big Cat Rescue CEO Carole Baskin. The seven-part series is a total rollercoaster ride, and if you've already binged it all, then we have 15 other documentaries and series that are sure to keep you entertained.