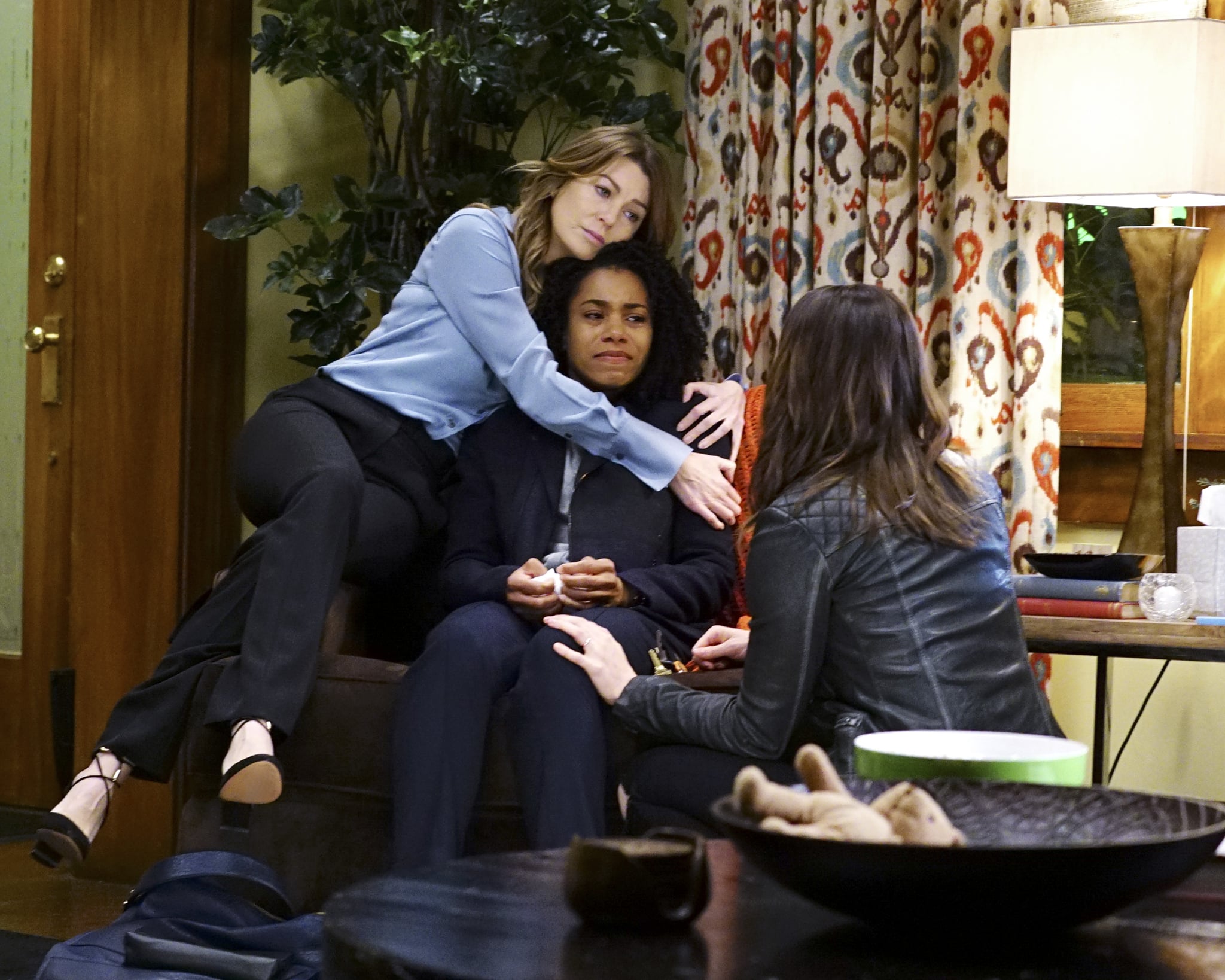 Meredith Grey has sisters in spades — biological, by law, and self-declared. Grey's Anatomy's theme of sisterhood doesn't start with Meredith's trio with Maggie and Amelia, nor does it begin with sweet, guileless Lexie. Meredith's first sister is none other than her dark and twisty person, Cristina Yang. At its core, the series has focused on Meredith's friendships and relationships with other women. But in season 15, the sisterhood reaches a lull, dying down to small chats and neat montages as the series mines storylines from love triangles and frustrating romantic interests. That's why in season 16, which is dubbed the "season of family," it's vital that the show revamp this sisterhood that's been its beating heart for so long.

So what happens in the sisterhood? In Meredith's inner circle of women, they have impromptu dance parties to blow off steam and keep secrets for each other. On the surface, this dynamic might feel like lip-service feminism. But Grey's isn't the kind of show to be cute and trendy with token female characters or friendships — it allows its women to be broken and vulnerable between each other. They fight, they cry, and they grow. But lately, they haven't been doing these things together.

The sisterhood is the show's bread and butter, the secret ingredient for those showstopping moments — Cristina telling Meredith she's her person for an abortion appointment, Meredith donating part of her liver to Thatcher for Lexie, and Meredith and Amelia comforting a grieving Maggie. These moments cut through the syrupy sweetness associated with sisterhood for emotional effectiveness. They're about trust and vulnerability. But lately, the sisters have been talking to each other rather than with each other. The laser focus on the theme of love has made it difficult for us to see the characters outside of their relationships. Meredith, in particular, has been relegated to the role of the fawning girlfriend.

Grey's might have a reputation for being sexy and romantic, but its female friendships make it excellent. It must consider this, given that it recently added three new male characters to its roster of series regulars. (Who are all excellent, don't get me wrong.) There's hope for the sisterhood, of course — we see flickers of it last season when Meredith sticks up for Jo and when Amelia tells Link that she needs to find herself outside of Owen. As Grey's Anatomy continues to break records with its 16th season, I hope the writers remember what Cristina tells Meredith the day she leaves for Switzerland: "He's very dreamy, but he is not the sun. You are."