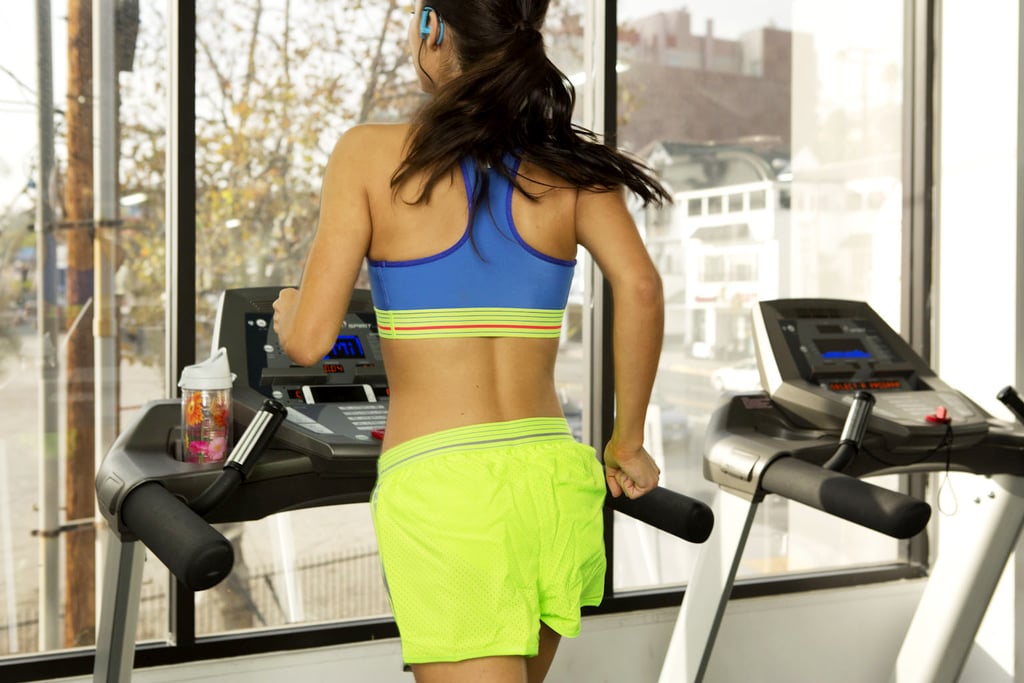 Given that running is such a solitary sport, it can be quite an endeavor to push past a plateau. It's not at all unusual for months to go by before realizing you've been doing the same stale run over and over again. Equinox's latest running class offering, Precision Running, changes that for the better. Designed to help students become both stronger and faster runners, the entire class takes place on a treadmill and is led by an extensively trained (and motivating) running coach. Trainer David Siik, the creator of Precision Running, explains that no two classes are alike, but all will help you progress to become a better runner — before you know it, you're setting PRs.

For those not able to make it to a Precision Running class, David designed this pyramid speed workout to use the next time a treadmill beckons you. "The challenge is to build speed as intervals get shorter going up a pyramid. You must then use your fastest speed you reach at the end of the first segment on every interval as they get longer again in reverse," says David. Before beginning, David says to imagine the fastest you can go for a 30-second sprint, then start this workout exactly two miles per hour under that goal. (We've included some suggested speeds depending on your level.) The workout is designed in such a way that even though you never reach your peak sprinting pace, you are still conditioning the body to become faster overall. This method puts less impact on the body, preventing injury later down the road.