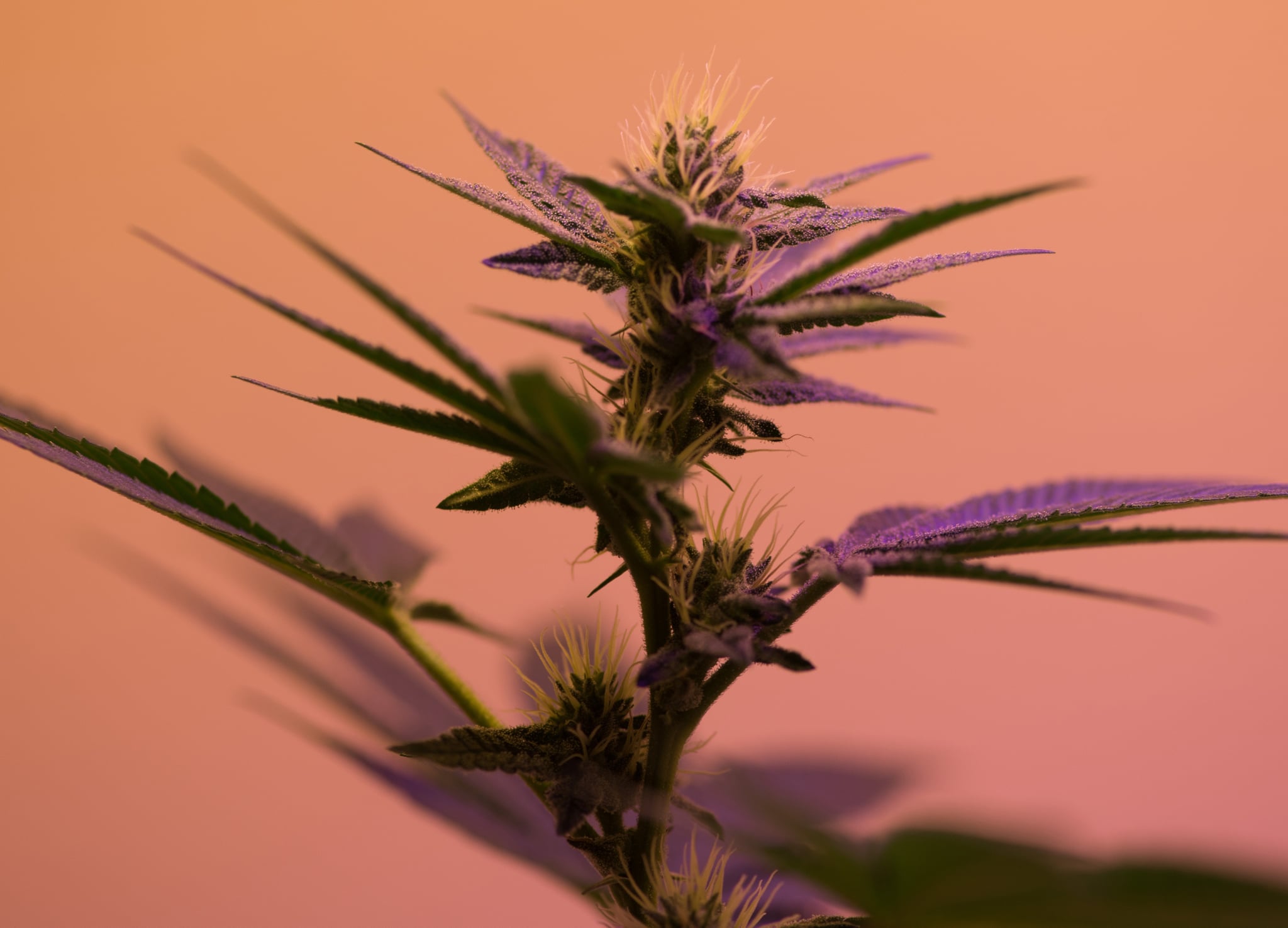 Fact: marijuana is classified as a Schedule I drug, the same category as heroin, and a category above cocaine. Among the five substance rankings, the DEA defines Schedule I (the most dangerous) as "drugs with no currently accepted medical use and a high potential for abuse." However, long before the prohibition of marijuana first began in 1911, it had been used as a medicine for over 5,000 years. Today, stigma still heavily surrounds the plant and its users, despite its many medicinal and health benefits. But effectively shifting the conversation around cannabis from dangerous drug to wellness product must start with education.

The earliest instance of cannabis opposition was said to have been racially charged. The prohibition of cannabis was motivated in part by Mexican immigration to the US in 1910, and fear and prejudice arose as cannabis became associated with crime, violence, and immigrants. "In New Orleans newspaper articles associated the drug with African-Americans, jazz musicians, prostitutes, and underworld whites. 'The Marijuana Menace,' as sketched by anti-drug campaigners, was personified by inferior races and social deviants," Eric Schlosser wrote in his 1994 Atlantic article. Fast forward to the 1930s when Big Pharma vilified weed to reduce competition, resulting in anticannabis propaganda, like Reefer Madness, and the 1937 Marijuana Tax Act that criminalized cannabis. It then became a part of hippie counterculture in the 1960s before President Richard Nixon declared a War on Drugs and classified cannabis as a Schedule I narcotic in 1970.

"In 2018, the stigma around the plant is evidence that that War [on Drugs] never ended," Miss Grass cofounder and Editor in Chief Anna Duckworth told POPSUGAR. "And the fact that we feel shame about our use of the plant is such a small consequence of it all. What needs attention are the mass incarcerations and the violence related to minor cannabis possession — both of which disproportionately affect communities of color."

Related:
All the Ways You Can Use Cannabis For Anxiety, Stress-Relief, and Overall Wellness

Despite its reputation, cannabis holds a US patent stating that some of its cannabinoids have been found to be "useful in certain neurodegenerative diseases such as Alzheimer's, Parkinson's, and HIV dementia" and helpful in relieving those who suffer from cancer, chronic pain, depression, and more. So why has it been such a struggle to get everyone on board?

Neuroscientist Josh Kaplan, PhD, highlighted the fact that cannabis has a dual purpose, which further complicates its perception. Whether it can be considered a medicinal tool at all depends on how it's being used, such as treating pain versus having a good time. "This is an outcome-oriented classification, and there's certainly overlap," he told POPSUGAR. Dr. Kaplan added that generally, medicinal cannabis is high in CBD and low in THC, while recreational cannabis is rich in THC and lower in CBD. "However, if someone uses THC-rich cannabis to help reduce nausea, block hot flashes, or reduce pain, well then it's medicinal cannabis!" he said. In case you're unfamiliar with the roles of THC and CBD, they refer to two of a hundred-plus cannabinoids found in the cannabis plant. THC is responsible for producing that "high," while CBD is a nonpsychoactive that's shown to yield antianxiety properties.

Both Duckworth and Kate Miller, cofounder and CEO of the cannabis lifestyle brand, benefit from cannabis medicinally, while fully supporting it on a recreational level. Though it wasn't until college at USC when Miller began to use cannabis more consciously, her job at a dispensary downtown truly opened her eyes to what it could do for others. "I saw firsthand how much it helped medical patients, and I was so inspired by the fact that it was changing people's lives," Miller said. "That's when I realized the world's perception of cannabis needed to shift." Cannabis has since enhanced her life in more ways than one, from sparking creative inspiration to treating her psoriasis. "There are so many benefits of cannabis use beyond simply 'getting high,'" Miller said.

"There are so many benefits of cannabis use beyond simply 'getting high.'"

Duckworth, who has celiac disease, has personally found cannabis to be effective in reducing her inflammation, pain, and anxiety. She's also turned to cannabis as a healthier alternative to a glass of wine. "The love story between humans and cannabis is as old as time," she said. "Today, we know that our bodies respond to cannabis because the plant actually produces these things called cannabinoids, which, when introduced to the body, behave in an identical way to compounds our body produces on its very own called endocannabinoids. In fact, the body has an entire system known as the endocannabinoid system and its sole function is to regulate homeostasis."

The number of cannabis's medicinal benefits is endless, but here are the biggest, to name a few, according to Dr. Kaplan:

"What we don't know scares us, right?" Duckworth said. "We built Miss Grass with the express purpose of shifting the shameful narrative around cannabis, particularly as it relates to women. On one side, our strategy has been show, don't tell. Both Kate and I live healthy, well-balanced lives where self-care is an important aspect of the culture we're trying to build. But on the other side, we're creating and collecting educational content that's beautiful and playful and substantive. So learning about cannabis becomes part of learning about our broader pursuit in well-being."

Related:
Why You May Want to Consider Swapping Your Benzos For Medical Cannabis

The US has come far since those Reefer Madness days — with California being the latest state to legalize recreational marijuana — but we still have a ways to go. And regardless of its ability to change and save lives, cannabis will always be considered a drug. "We tend to think of drugs as being recreational in purpose, like cocaine or alcohol, but cannabis and its constituents are drugs too! As is Advil, or statins, etc.," Dr. Kaplan said. "But the emphasis should be in the distinction in how they're used (i.e., for recreational versus medicinal/wellness purposes)."

Research continues to support the negative health effects of alcohol, which further confirms that cannabis is a healthier alternative, even in a recreational sense. Additionally, the DEA has yet to report any deaths by cannabis overdose — a stark difference to our country's opioid epidemic, which was responsible for 66 percent of 63,600 drug overdose deaths in 2016, the CDC reports.

But that doesn't mean cannabis doesn't pose any health risk. According to Dr. Kaplan, "High amounts of THC may have negative long-term consequences on the heart by promoting plaque development" — however, "CBD seems to be protective against this." Additionally, these tests were conducted with synthetic versions of THC, which are often stronger than the THC found in cannabis. "So it's still somewhat unclear what the long-term consequence of cannabis is on cardiovascular risk (such as heart attach and stroke)," Dr. Kaplan said. "But if anything, the antioxidant and anti-inflammatory properties of CBD likely leads to pro-heart health effects." Cannabis use should also be limited to legal adults as THC can be harmful to the developing brain.

The portrayal of pot in pop culture and the media has long permeated a stoner stereotype that's now outdated, to say the least. Today's cannabis users include women, CEOs, parents, and beyond. Whether we use it to enhance our yoga practice, elevate a dinner party, or take the edge off before bed is our prerogative. But you can't discredit its wellness benefits without ignoring the facts. And the fact is simple: cannabis helps people.

Image Source: Unsplash / Robert Nelson
Any cannabis products referenced above are not intended to diagnose, treat, cure, or prevent any disease. The writer is not a medical doctor, and their experience is based on personal use, the results of which may not be typical or intended. The legality of cannabis products varies by state, and readers are encouraged to check their local laws before purchasing and using cannabis products. Nothing in this article should be construed as advice regarding the legal status of cannabis products. Any views expressed in this article by a third-party sponsor are those of such sponsor, and do not necessarily represent the views of POPSUGAR.
Healthy LivingHealthWellnessMarijuana