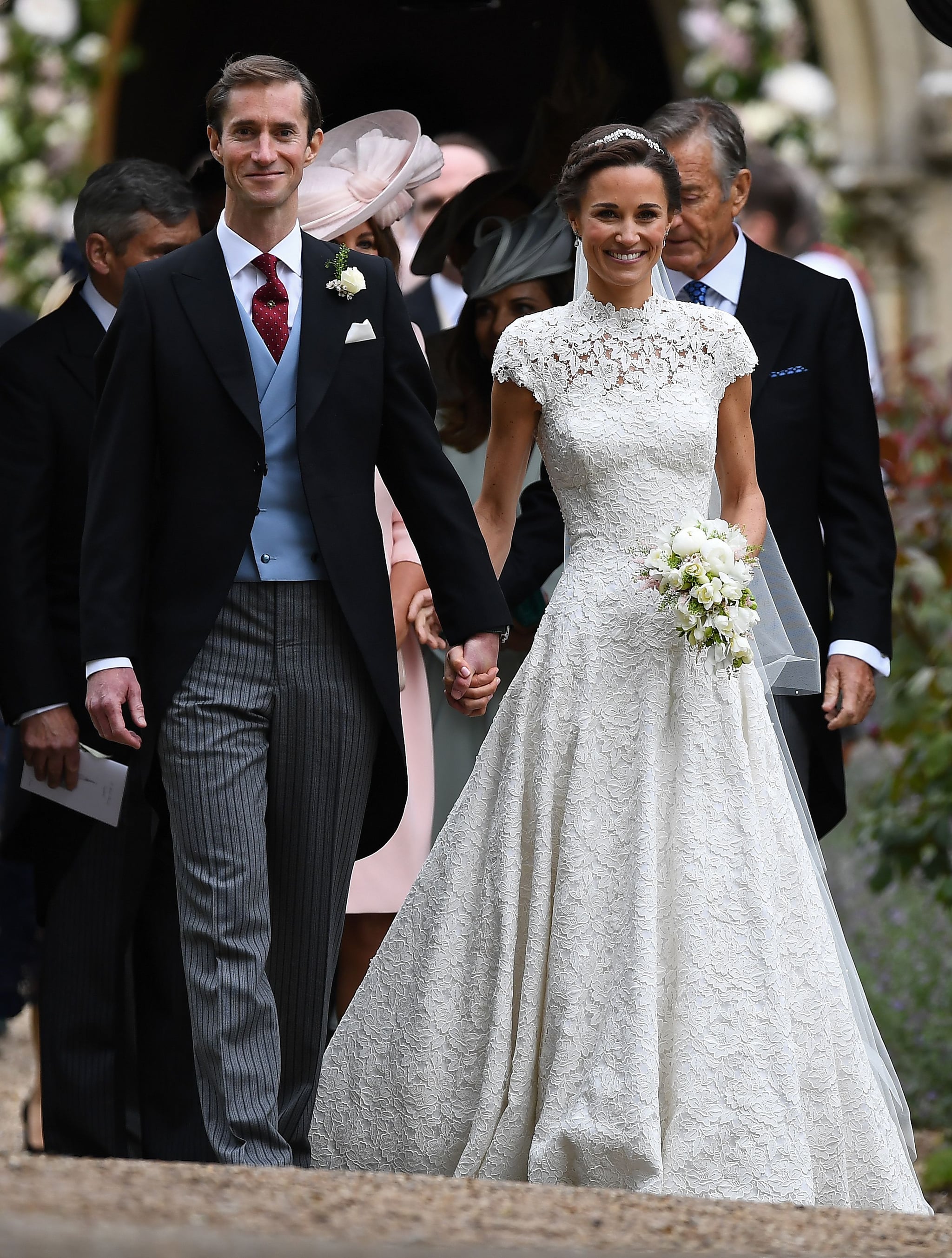 Pippa Middleton married longtime love, financier James Matthews, in the UK on Saturday. The stunning bride wore a dress by Giles Deacon and accessorized with a veil by Stephen Jones, secured with a Maidenhair Fern tiara. Pippa and James said their vows at St. Mark's Englefield in Berkshire, officiated by Reverend Nick Wynne-Jones, the resident priest. After Pippa walked down the aisle in the historic 12th-century church, wedding guests traveled six miles to Carole and Michael Middleton's home in Bucklebury for a reception in their 18-acre garden. The ceremony was attended by Pippa's older sister, Kate Middleton, Prince William, and their children, Prince George and Princess Charlotte, who were a part of the ceremony as a page boy and flower girl, respectively.

Also on hand for the big event were royals including Princess Eugenie and Pippa's brother-in-law Prince Harry and his girlfriend, Meghan Markle; Meghan was originally only permitted to attend the afterparty (Pippa had reportedly enforced a "no ring, no bring" rule) but the bride ending up bending the rules in a big way so that she could attend the ceremony (we're hoping she catches the bouquet). 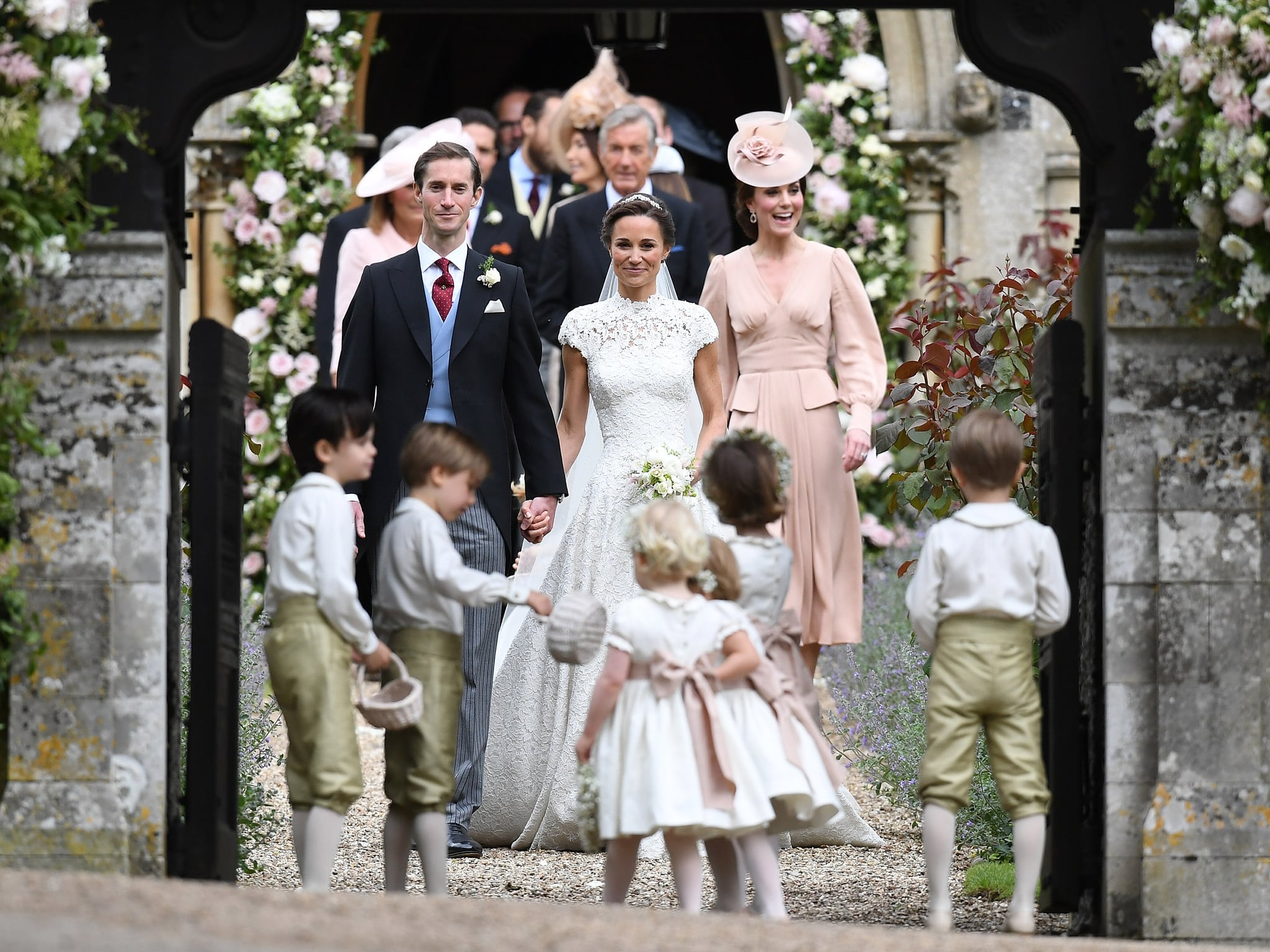 Pippa and James have been dating on and off for over a decade and announced their engagement in July 2016. James popped the question with an Art-Deco-inspired Asscher-cut diamond ring set in the middle of an octagonal halo of sparkling channel-set diamonds. Now that she and James (an heir to the Scottish title of Laird of Glen Affric) have tied the knot, Pippa is officially able to use the courtesy title of Mrs. Matthews of Glen Affric the younger. Congrats to the newlyweds!

Sarah Hyland
Sarah Hyland and Wells Adams Made the Most of Their OG Wedding Date in "Mr." and "Mrs." Face Masks
by Sarah Wasilak 4 hours ago

Celebrity Couples
Tiffany Haddish and Common Are the Cutest New Couple, and These Pics Prove It
by Corinne Sullivan 2 days ago