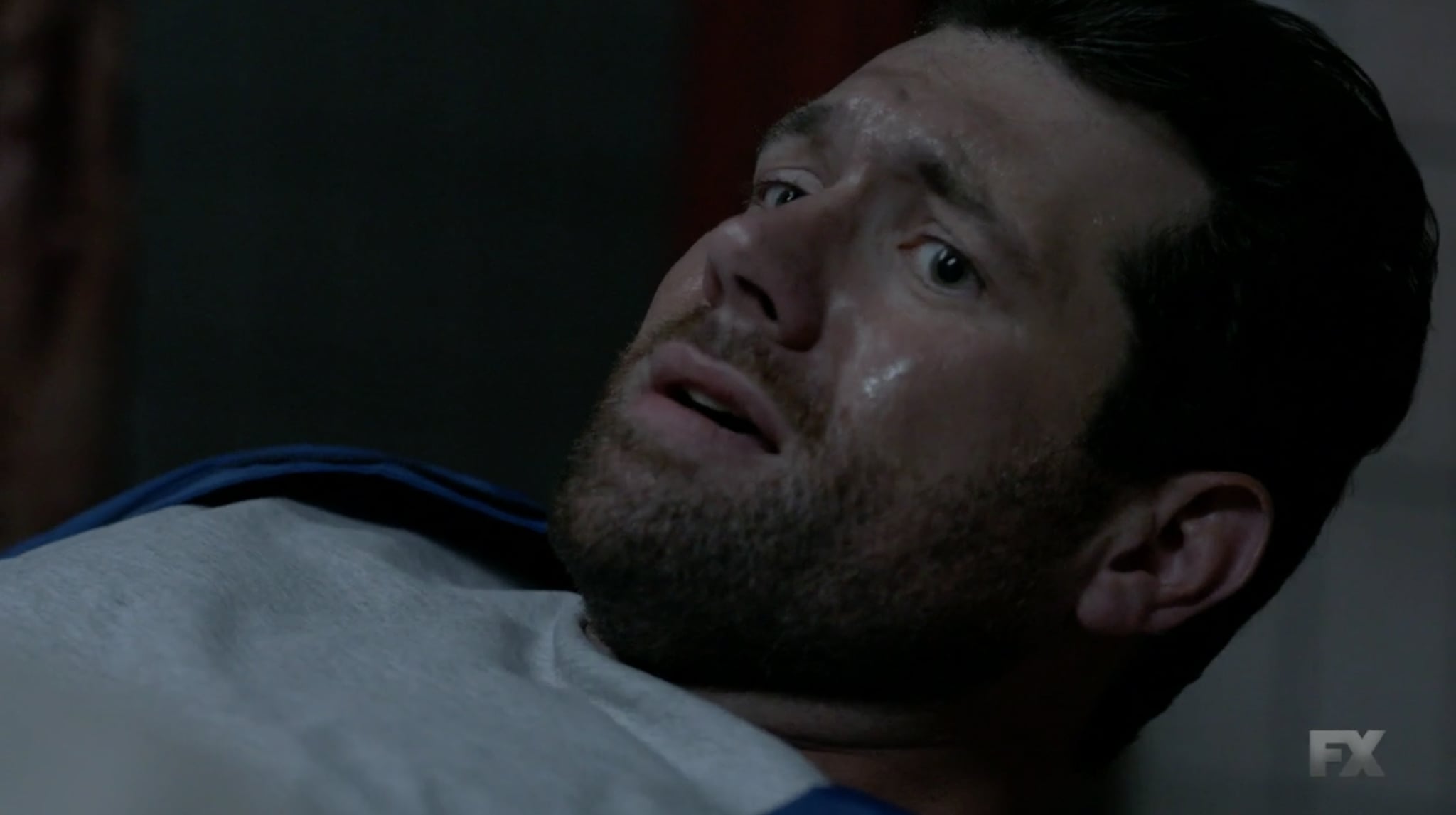 When American Horror Story: Cult first introduced the blue-haired Kai Anderson (Evan Peters), it took us all of two seconds to realize just how crazy he is (remember that Cheetos scene?). A lot of our initial intrigue centered on how and why Kai recruited his cult members, but now things are starting to become clear thanks to the show's most recent death. During episode seven, "Valerie Solanas Died For Your Sins: Scumbag," we say goodbye to one of Kai's first recruits and, honestly, someone we thought was in it for the long haul — Harrison Wilton, played by Billy Eichner.

After Harrison's wife, Meadow, takes her own life in the previous episode as per Kai's request, Harrison ends up giving new meaning to Ivy's "Butchery" when the frustrated women within the cult break off and form their own group. But is that a part of Kai's plan all along? Are they falling right into his trap? Slowly but surely, Kai seems to be offing each of his cult members — R.J., Meadow, Harrison — and we have a strong feeling the next corpse will be Beverly's, Ivy's, or Winter's. But let's back up for a second.

In the middle of the seventh episode, Kai confronts his sister with the "SCUM Manifesto," the antidude bible of Valerie Solanas, which Winter impulsively tells Kai is an old book from one of her feminist classes at Vassar. (Seriously, that was an impressively quick excuse, Winter, good work.) He doesn't mention anything about her receiving the book from feminist activist Bebe Babbitt (played by Frances Conroy), but it does get him thinking about slogans for the cult. 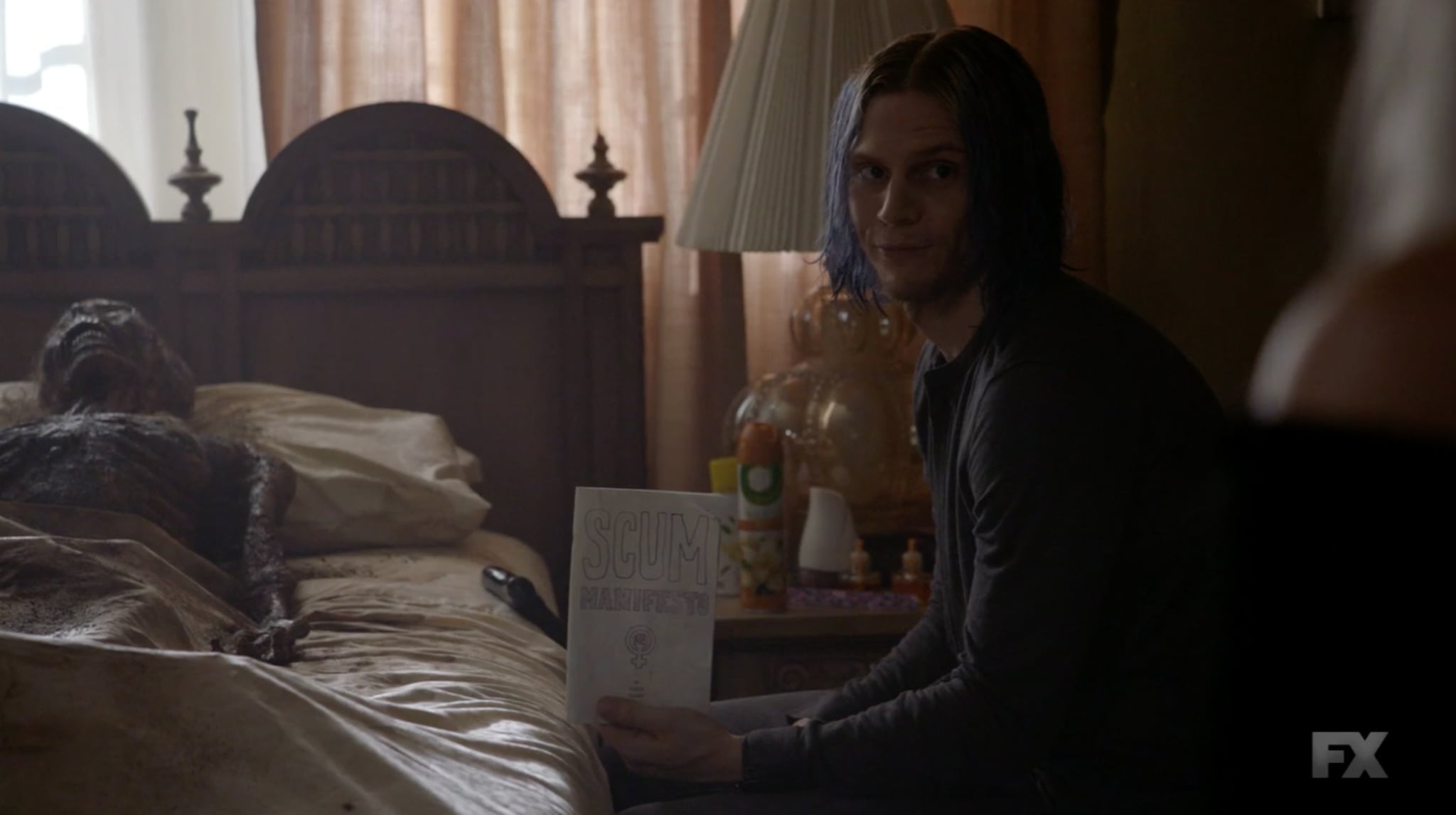 Kai's suggestions include acronyms like F.I.T. for "Fear Is Truth" and M.L.W.B. for "Men Lead, Women Bleed." Then, in an incredibly tense moment, Kai says that M.L.W.B. was actually Harrison's suggestion, saying Harrison has "something against women." Winter leaves her brother in the room with the bodies of their parents (casual), and he says, "Say hi to the girls for me."

Immediately after, the girls turn on Harrison, leading him into the Butchery and laying him down like a brick of Boar's Head ham ready to get chopped up. When Beverly asks Harrison for answers, he claims that "Kai's the genius, he's the author of everything." Unfortunately for Harrison, that's not enough for them, so off goes his head. Harrison was right, though — this is clearly all in line with Kai's master plan. During the last scene of the episode, we see Kai and Bebe sitting on his couch watching Beverly report Harrison's death on the news. "They're at their best when they're angry," Kai says to Bebe, to which she responds, "Aren't we all?"

That final smirk shared between the two evil leaders sets the tone for the rest of the season. Now that we know these two are working together, we have to wonder: did Kai ask Bebe to make up the Valeria Solanas story to turn the girls against him and have them kill Harrison?

We can't know for sure, but given Kai's manipulative history, we have a strong feeling the answer to that is "yes." This begs the question, why would Kai want to kill off his most loyal followers one by one? The best guess is that he wants absolute power. The new brainless recruits who show up in episode seven are the kind of underlings Kai really wants. He doesn't want free thinkers or people who are hungry for their own power. That could be why Kai wants Harrison out of the way. And the fact that he is able to make the SCUM revivalists do it for him means there isn't any actual blood on his hands. He gets what he wants without the consequences, just like plenty of cult leaders before him.

Celebrity Instagrams
Dear White People May Be Ending, but We'll Always Have These Moments to Remember the Cast By
by Monica Sisavat 23 hours ago

TV
Finally, a Mainstream TV Series That Revolves Around the Beauty of Black Hair
by Natasha Marsh 1 day ago