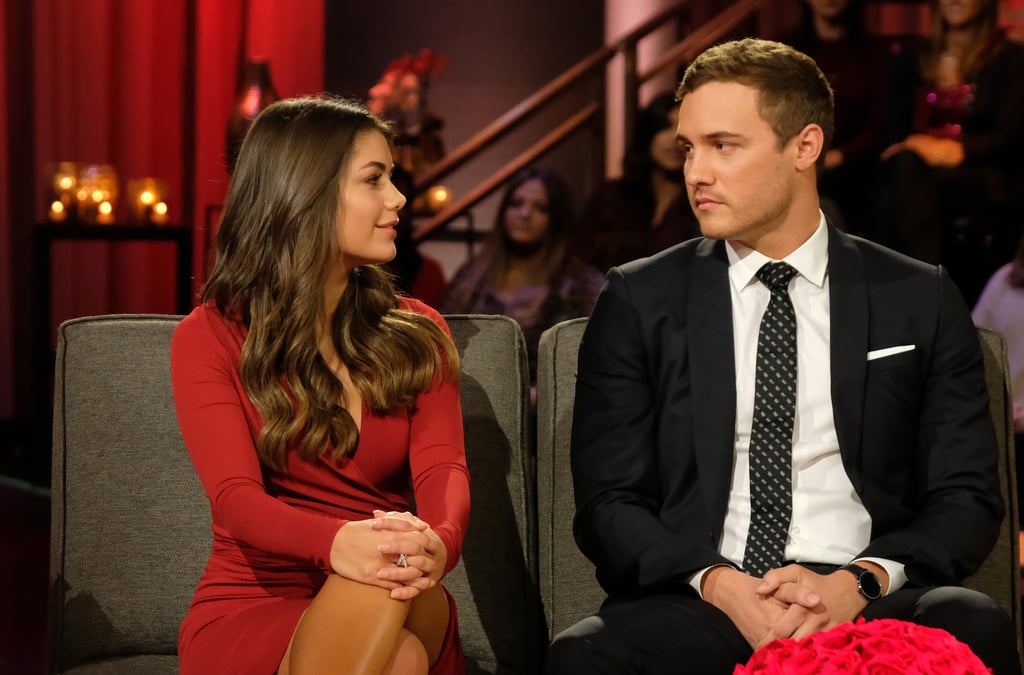 I'm Now a Hannah Ann Stan, Thanks to These Empowering AF Quotes From The Bachelor Finale

If someone told me during week one of The Bachelor that I'd be a Hannah Ann stan — a Hannah Stann, if you will — at the end of the season, I would've laughed in their face and said, "Sure, Jan. When pigs fly." And yet, here I am, postfinale, seriously contemplating making a fan page in honor of the former contestant, so I can sing her praises from the mountaintops. Why the drastic change of heart, you ask? Allow me to break things down for you.

When Peter Weber chose to give Hannah Ann his coveted first impression rose during The Bachelor premiere, my eyes nearly rolled out of my head. "Seriously? Another too-young-for-this-show 20-something model who's probably here to gain followers and spon-con deals?" I thought to myself. Harsh, I know, but don't pretend like the same thought didn't cross your mind, too!

Related:
After All the Bachelor Drama, What Is Hannah Ann's Status Right Now?

The next week, Hannah Ann was famously involved in #ChampagneGate when she popped open Kelsey's "special" bottle of bubbly, likely prompted by the show's producers. While talking to an enraged Kelsey about the situation, Hannah Ann repeatedly rattled off a calculated "I acknowledge your feelings, and I respect your opinion" response straight from a How to Apologize 101 seminar, coming off robotic and rehearsed.

Following #ChampagneGate, Hannah Ann laid relatively low, save for winning that Revolve runway show contest against Victoria F., and I happily focused on other villains (see: Alayah and Tammy) as she steadily continued building a connection with Peter. She slowly but surely started shedding that "everything's unicorns and rainbows" aura as she developed stronger feelings and showed a more vulnerable, real, and emotional side.

Fast forward to the finale: Hannah Ann was the last woman left after Madi peaced out, and she gladly accepted Peter's proposal. Just one month later, Hannah Ann reunited with her then-fiancé only to find out that he still wasn't over Madi and couldn't follow through with their engagement. Yikes. It was a brutal conversation to witness, but there was a silver lining: an empowered, eloquent queen arose from the awful circumstances. Hannah Ann handled the breakup with a level of maturity and strength I wish we saw more of during the season, laying out exactly how he failed her, what he needed to apologize for, and how she's going to be fine without him, thankyouverymuch.

Related:
Presenting 21 Memes Inspired by Hannah Ann's "Talk to the Hand" Moment on The Bachelor

Both during their breakup and on the live After the Final Rose portion of the finale, Hannah Ann proved that she's a true class act, gaining newfound love from myself and the rest of Bachelor Nation. To fully appreciate just how well-spoken she really was through one of the most dramatic breakups in Bachelor history, we're reliving her most empowering quotes from the bonkers finale. Read them ahead. Pin them to your inspiration board. Tat 'em on your hand. Paint them on a billboard. Or hey, do all of the above in the name of being a proud Hannah Stann.