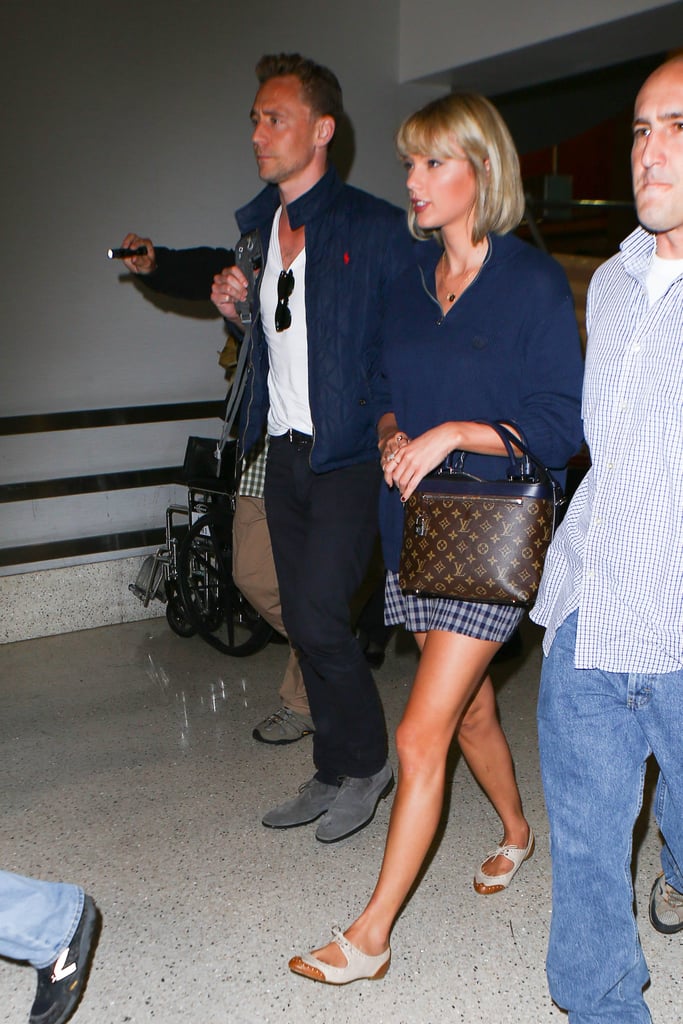 The telling lyrics: "The ties were black, the lies were white / The shades of gray in candlelight / I wanted to leave him / I needed a reason"

Who it's supposed to be about: Tom Hiddleston

Why? The black-tie event Swift mentions references the 2016 Met Gala where Swift and Hiddleston first met, though she was still dating Calvin Harris at the time. It seems like she could be alluding to the fact that she started dating Hiddleston as a reason to leave Harris.

Previous Next Start Slideshow
Taylor SwiftMusic
Around The Web

Netflix
Wondering Why You Recognize That Scary Music in Ratched? It's Pulled From a Classic Thriller
by Hedy Phillips 14 seconds ago

Lady Gaga
Lady Gaga's "911" Video Is a Powerful Statement About Mental Health: "It's the Poetry of Pain"
by Monica Sisavat 19 hours ago

Khalid
Music Mood Board: Songs For a Relaxed *and* Productive Workday
by Brea Cubit 20 hours ago