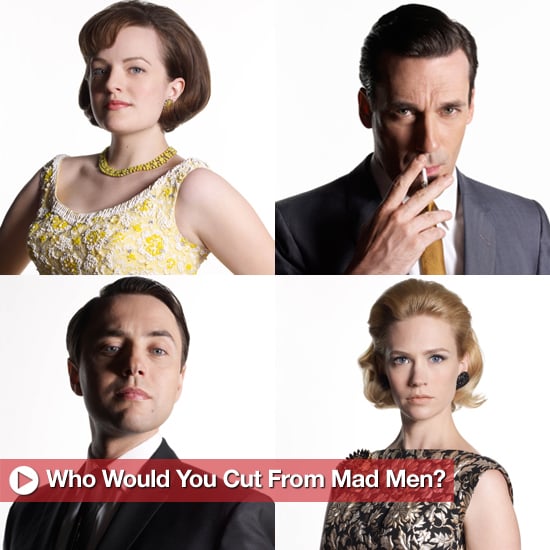 Mad Men May Lose Two Cast Members: Who Would You Cut?

The drama of Mad Men has leaped from the screen to a real-life dilemma. After we heard last week that the show may not return until 2012, AMC has released a statement that confirms the push, saying, "While we are getting a later start than in years past due to ongoing, key non-cast negotiations, Mad Men will be back for a fifth season in early 2012." Negotiations continue between AMC and series creator Matthew Weiner, who has been asked to cut two minutes off of the running time and eliminate two series regulars. Weiner contends that both changes would make Mad Men "a different show," and I have to agree. However, if the cast does get trimmed as a necessity, then I think we should take a look at each regular character and vote on which member of the ensemble the show could stand to lose.

Previous Next Start Slideshow
Mad MenTVEntertainment News
Around The Web

Nostalgia
Dawson's Creek Is Coming to Netflix, but Don't Expect to Sing Along to the Original Theme Song
by Mekishana Pierre 1 hour ago

Schitt's Creek
Etsy Is Selling Schitt's Creek Face Masks, and You Bet One Says "You Just Fold It In"
by Emily Weaver 3 hours ago

TV
The Right Stuff: Read This If You Can't Wait to Find Out Who Makes It to Space First
by Ashley Ortiz 4 hours ago