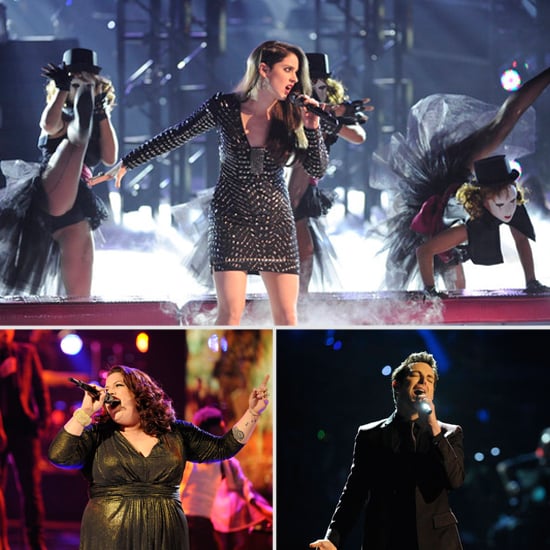 The Voice Begins Live Rounds: Vote on Who Should Stay In

This week marked the first week of live rounds on The Voice. Up until now, it's all been prerecorded and edited together, but from here on out, it's live, and anything can happen. Sadly, not much did happen on this week's episode. Christina and Blake's teams were up to the plate, and it's clear the contestants are still finding their footing. There were standouts (hey there Chris Mann), but there were also a lot of overproduced numbers and even some weak vocals. Check out this week's performances and let us know who you think will be headed to the dreaded bottom three.

Previous Next Start Slideshow
The VoiceTV
Around The Web

TV
Ginny & Georgia: Who Is Austin's Dad and Where Is He? (Assuming He's Not in Azkaban)
by Kamrun Nesa 11 hours ago

Hulu
Get Excited, Because Love, Victor Season 2 Finally Has a Release Date
by Kelsie Gibson 12 hours ago

Netflix
Ginny & Georgia: The 5 Biggest Revelations About the Family's Shady Past
by Kamrun Nesa 12 hours ago