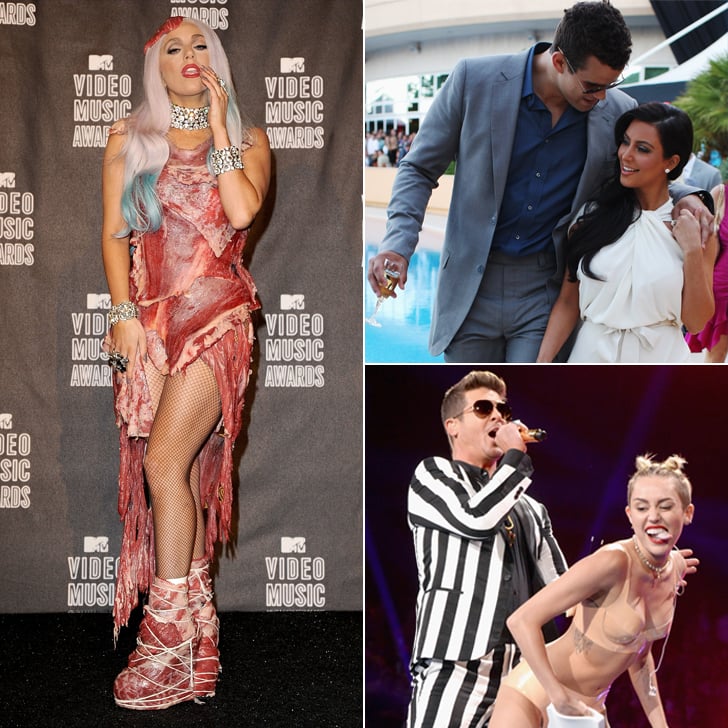 10 Moments From the Last Decade That Will Make You Say, "Holy Sh*t, That Really Happened"

As we look back on the 2010s, doesn't it all seem like a distant memory now? From shocking celebrity breakups to scandalous feuds, we certainly saw it all these past 10 years. However, not everything was negative; there were some bright spots too. A bunch of celebrities fell in love, and some even got married and expanded their families.

Nowadays, it's hard to think of a time when Kim Kardashian and Kanye West weren't together, but there was moment when she was married to a man by the name of Kris Humphries. Yes, it was only for 72 days, but it still counts. Also, who remembers when we thought Lady Gaga wearing a meat dress was one of the craziest things she'd ever done? Little did we know that was just a preview of what was to come. The same goes for Miley Cyrus, who officially said goodbye to her Disney days when she performed with Robin Thicke at the MTV VMAs. Ah, the 2010s were definitely a trip. Let's take a walk down memory lane, shall we?

Nostalgia
Phat Tuesdays: Look Back at the Black Comedy Renaissance of the '90s
by Chanel Vargas 1 week ago