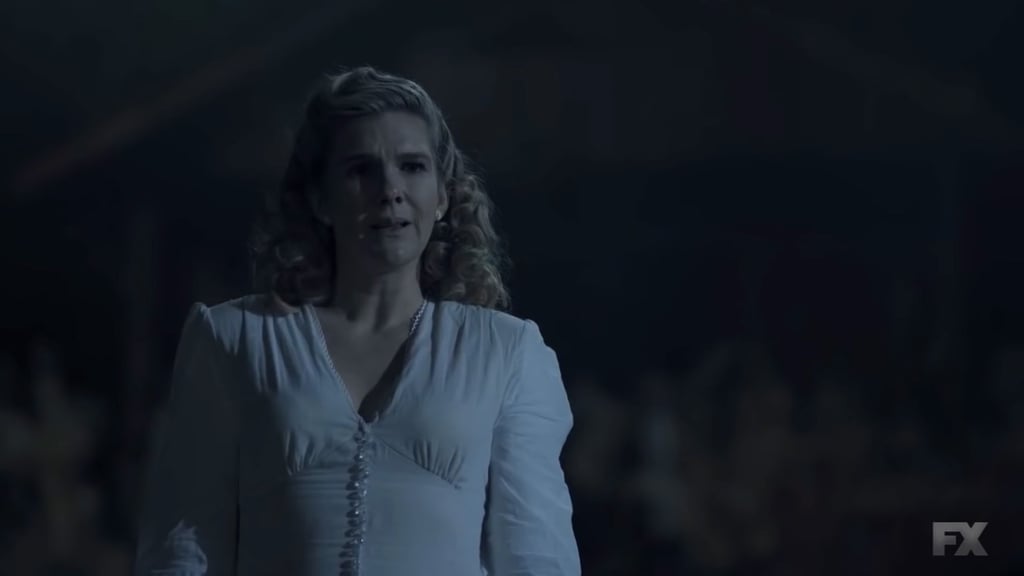 We'll just go ahead and say it outright: Lily Rabe is one of the most versatile recurring actors on American Horror Story. Her recent appearance on AHS: 1984 brings us back to Mr. Jingles's past, as she inhabited the role of his embittered, grieving mother, Lavinia Richter. After her son Bobby dies, Lavinia goes on a murderous rampage and haunts Camp Redwood. In a sense, we've seen this "lady in white" character from Rabe before in season one, in which she portrays the mourning Nora Montgomery, whose grief for her dead son consumes the titular Murder House. But thanks to Rabe's nuanced acting, Lavinia still feels like a fresh and magnetic presence.

Alongside cast members such as Sarah Paulson and Evan Peters, Rabe brings new energy to her characters each season, appearing in every installation of the anthology series except Cult. From the devil-possessed Sister Mary Eunice McKee to the doe-eyed witch Misty Day, here's a refresher on every role that Rabe has portrayed perfectly on American Horror Story!